Language
It's been quite a year for music performers and producers, with all kinds of new gear hitting the shelves. Here's our guide to some of the best '" and most affordable '" music kit around this Christmas.

These gifts are included in no particular order, other than we thought of the ones at the top of the list first!

ROLI’s modular controllers for its free Noise iOS app feel like something truly original, providing hands-on control over perfomring, recording and triggering notes, beats and sequences using pressure sensitive Lightpad Blocks and Live and Loop blocks that snap together magnetically. As well as not requiring conventional musical skills before you can make music, they can be used as generic MIDI devices for software running on your computer, with expanded MIDI functionality coming in future updates. These are definitely going to get bigger in future and for now you can check them out at your local Apple Store. 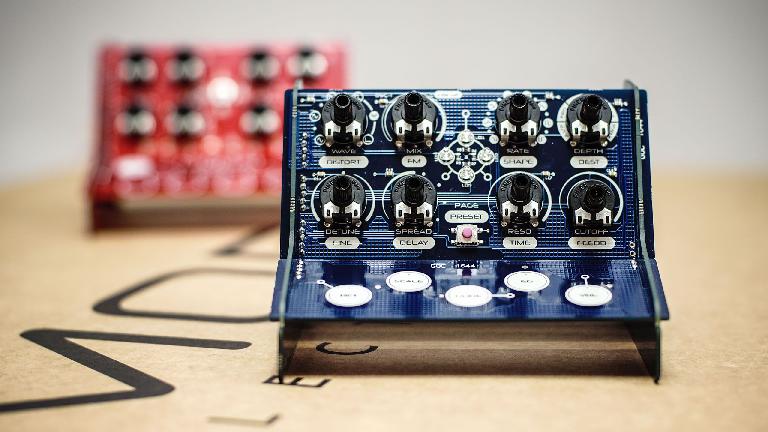 If you’ve ever wanted to get into building your own synths but don’t have a degree in electronic engineering, this one could be for you. It’s a digital monophonic synthesizer kit that can be put together in around 10 minutes, with no soldering required. With two oscillators per voice, an LFO with six destinations and other features normally found in much more expensive gear, this tiny powerhouse punches well above its weight. 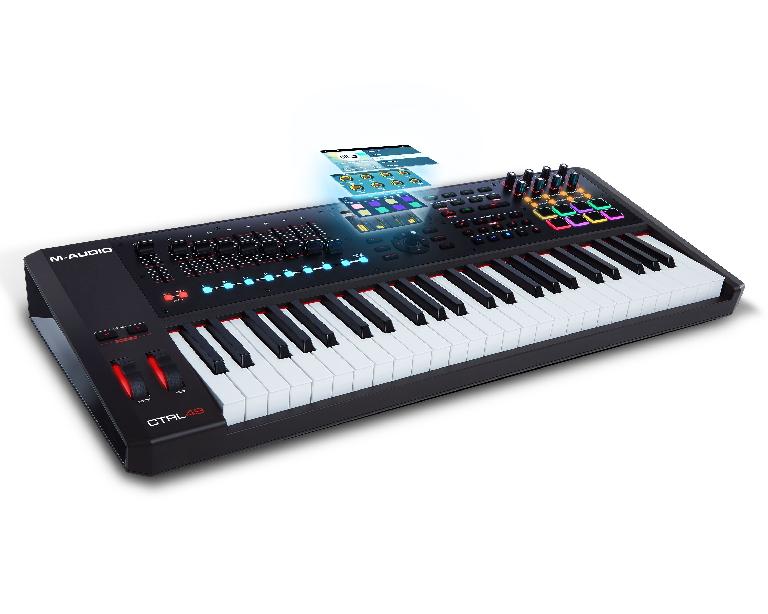 M-Audio’s controller aims to be the centre of your studio and live rig. As well as a great selection of live performance controls like 8 knobs, 9 faders and 8 buttons for DAW control, 8 velocity and pressure sensitive drum pads with multicoloured backlights, plus various navigation, preset and transport controls you get VIP, a kind of container and programmer application that scans your VST plugin folder. These plugins then become available inside the app and can be browsed easily as well as controlled using the keyboard’s physical controllers. It saves you building lots of MIDI maps. 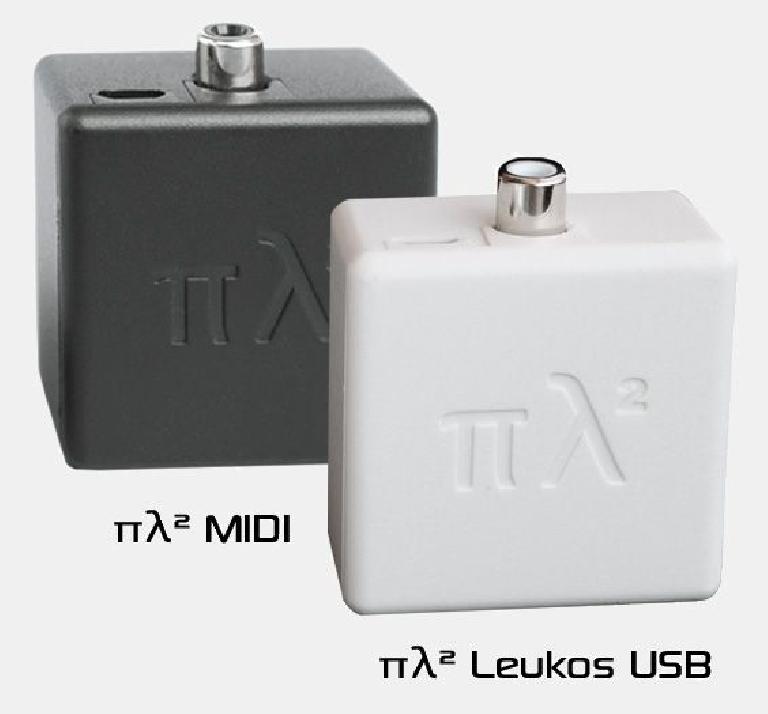 Synths have gotten smaller but this is ridiculous :  fat-sounding subtractive synthesizer that literally fits in your pocket. With just a single USB and RCA port, you do most of your sound tweaking in the bundled software application and yes, a little synthesis knowledge will help you out. On the other hand, people won’t believe that such massive sounds can come out of something so tiny and you get to look like a synthesis wizard in front of your friends. 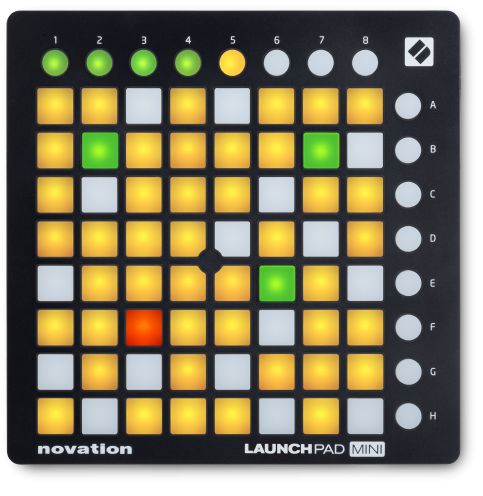 Novation’s smallest ever physical controller that can do everything you need in Ableton Live, Launchpad Mini displays your session on 64 multicoloured, backlit pads and provides 16 further buttons for Session control. Best of all it also works with other apps like FL Studio and comes with excellent bundled software like Live Lite, Vass Station and a bunch of samples from Loopmasters.

Korg’s tiny Volca series of synths encapsulate everything that is really cool about the resurgence of hardware synths. Small, great-looking and even better sounding, they make perfect gifts and are also serious pieces of gear. Volca FM is a polyphonic FM synth modelled after the classic Yamaha DX7 and with an onboard sequencer. As we said in our review : “A great sounding, 6 operator FM, table-top synth, with one of the best Volca sequencers I have worked with so far. Makes FM synthesis much more fun. You can load vintage DX-7 patches!” 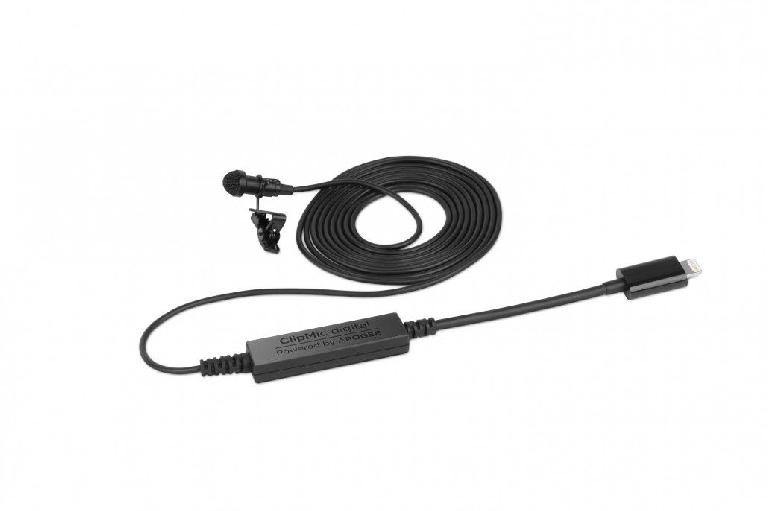 Recording pro-quality voice signal to your smartphone or other digital recorder has never been more popular, and a proper lavalier mic is a must. Combining the expertise of Sennheiser and Apogee, this mic is suitable for all kinds of uses and has an Apogee-designed signal converter and omnidirectional operation for background noise rejection. It connects to your iOS device via the Lightning connection meaning crystal clear signal as well as compatibility with the latest iPhones. 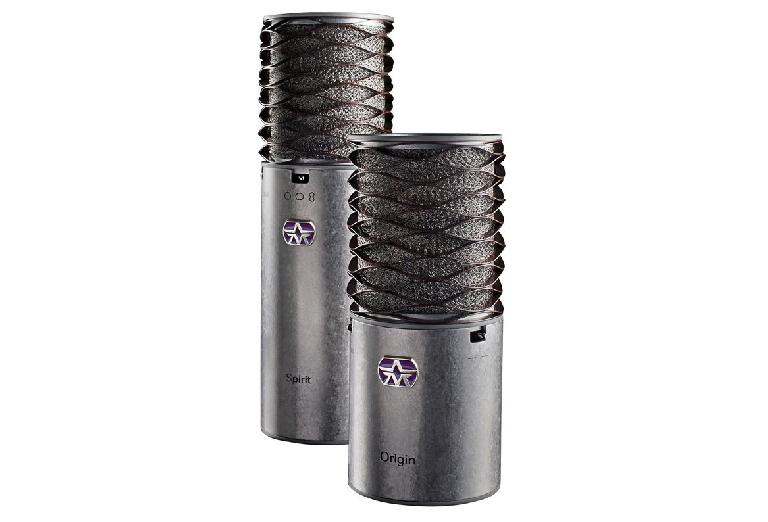 Built in the UK, the Aston Origin has a reputation for sounding far superior to what people expect of a mic in this price bracket. An excellent all-round studio mic, our reviewer found it held its own against much more expensive competitors. “I was truly surprised by how good the Origin sounds, especially when compared to more expensive microphones. The midrange certainly sounds British and gives you plenty of options for post-recording tonal treatments. It’s refreshing to add compression to a recording without feeling the need to compensate for the usual loss of high-mid and high frequencies.” 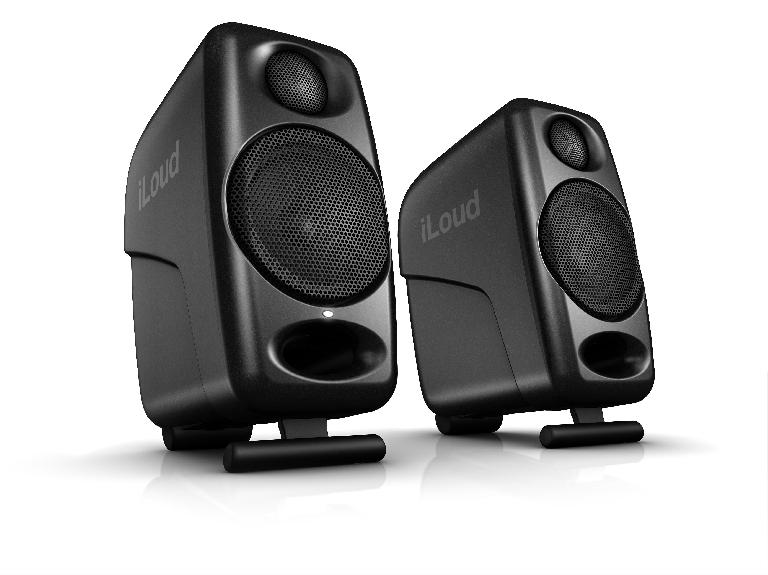 We were genuinely surprised to put these tiny speakers through their paces and discover them to sound far, far bigger than they had any right to. Portability usually means a hefty dose of compromise but here there’s good connectivity and a fantastically balanced sound thanks to internal electronics managing the crossovers. As we said in our review, “There’s a level of clarity and detail here that I wasn’t expecting, and a bass far deeper and more accurate than I would have believed possible from such small speakers”. For anything from multimedia use to proper monitoring of music production these are well worth a look. Not only do these headphones look gorgeous, more importantly they sound amazing too. Comfortable and durable with pro features including screw jacks for the cable, they are aimed at everyone from casual music listeners to those wanting to mix and master. Contrary to some established opinion, our review found that you really can mix accurately on these. “At this price point, it’s kind of hard to beat the MP1s. The first thought that came to my mind after I picked them up, felt them, and heard them is… I can’t believe they aren’t double the price. The ‘mix’ mode was neutral enough on the lows and highs to make me feel very confident that time mixing with the MP1s is time well spent.” Synths have gotten much smaller and cuter but if anything, they sound even bigger than they used to. This micro module is a controller, 8-bit sound module that can be paired with a keyboard and step sequencer and it even has Bluetooth compatibility. As if that wasn’t enough, CV and gate outputs let you connect to analog gear. Our review said “hands down, the best features on A-01 are the sequencer mode and the fact that it offers CV/Gate Outputs, allowing connectivity with the modular world. This intriguing controller/8-bit synthesizer/sequencer has much to offer and is a powerful unit in a small package”. This third generation of the much-loved Apogee ONE for Mac (sorry, windows users) is a sleek audio interface with jack and XLR inputs with phantom power, a breakout cable and a built-in mic for live recording. With Apogee’s legendary build quality, it’s just as good for recording, monitoring and as a DAC for your Mac. Our conclusion? “If you pick up a One you’ll be rewarded with loads of headroom, a noise floor that is basically nil, and a sturdy feeling piece of gear that looks great.” In a world awash with MIDI controllers, some people are looking for a different approach You certainly get that with Palette, a modular controller system that literally lets you create any configuration of buttons, sliders and clickable knobs that you like. Fitting together magnetically, you start with a core module and build your way up from there depending on your needs. In fact thanks to the configuration app it can be used to control non-MIDI applications too such as Adobe Lightroom. A really interesting way to get hands-on with all kinds of creative software. 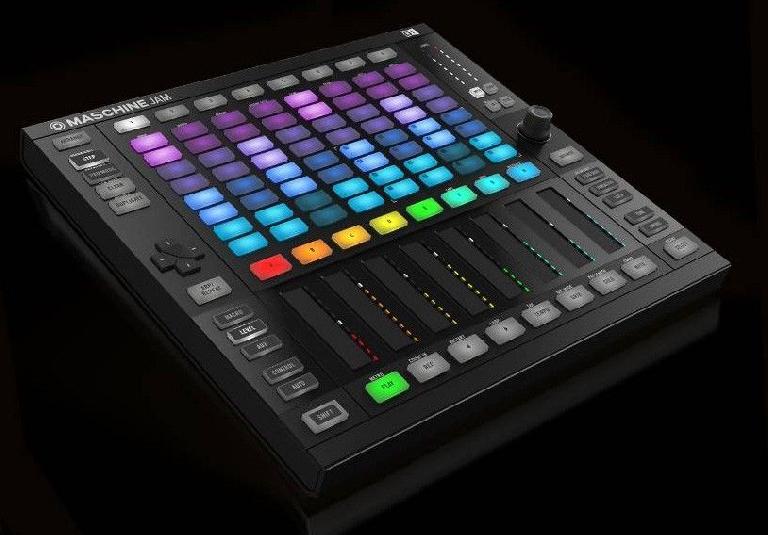 This is a little more expensive than some of the other picks but deserves a special mention. Not just because it’s an awesome way to perform with Maschine but because other developers have rapidly embraced it as a controller for their apps as well. You can now use it to directly control both Ableton Live and Bitwig, and more are sure to follow. NI also has plans for expanding the Maschine software to take even better advantage of the hardware. Arturia’s new Minilab controller is a 25-key portable powerhouse with 8 RGB backlit performance pads, 16 rotary encoders, two touch strips, a footswitch input and bundled software including Live Lite, Analog Lite and UVI Grand Piano. Like the rest of Arturia’s hardware it’s designed to mesh seamlessly with the company’s software synths but can also be used as a generic MIDI controller for any other software too.