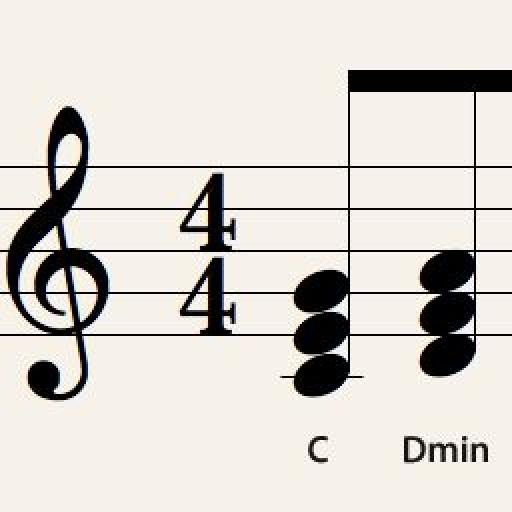 Language
In this short MPV Hub series, Toby Pitman explores how the best Hollywood composers convey emotion in their musical scores. Part 3 (of 3), focuses in on the Major scale for those heroic journeys.

Experience all 3 parts of this mini-series on The MPV Hub here:

Sometimes it's easy to forget about the little guy. In a world of glam and glitter, it's often the most plain and ordinary thing that can have the greatest impact. That's why in this last installment I'm going back to the most basic scale of all, the major scale!

Sure it hasn't got the exotic flavors of Mixolydian b6 or the Phrygian dominant scale, but don't underestimate the power of this little scale that could... and did! Besides being the scale that all other scales are compared to, the major scale evokes in all of us probably the most important human emotions there are. I'm not even sure if I can pick just one to describe what that is. Maybe the best word for the job is... positive!

So Many Shades Of Major!

As people we share a wide variety of positive emotions. Happiness, love, contentment, delight, ecstasy, excitement, the list goes on. There are other things we equate with positivity like triumph, goodness, hope, heroism, aspirations and the like.

Just take happiness for example. It's not as simple as it sounds as there are many shades of happiness. From sheer elation to feeling jolly to just being glad.

All of these complex degrees of positive emotions can be conveyed by one simple scale, it just depends on how you deliver it!

Here we can see the interval relationships between the notes.

It's also kind of the theoretical starting point for all scales which are in effect judged as deviations of this scale, scale steps are raised (sharps) or lowered (flats) to make a new scale.

Going one step further and adding a 7th to these Major triads produces the diatonic 7th chords of the scale.

We now have 4 basic chord types maj 7th, min 7th, dom 7th and min 7(b5) (or half- diminished). These with the addition of the basic triads are the real work horse tools of popular major/minor scale music. You can keep extending these using the 9, 11 up to the 13.

Thirds And Fifths In The Bass

When writing with the major scale it's often easy to find that things lack a bit of harmonic interest, the major scale is after all very simple. One trick to this is to experiment with using alternative bass harmony. When playing a C major triad, you don't have to use the Root note C in the bass. Using roots all the time can often sound a bit flat and uninteresting.

Here's the same triads but this time each one has the 3rd of the triad in the bass. For the C that would be an E, and for the F an A. Same harmony but you can hear it has a very different sound, possibly a little more somber.

Now the same with the fifths. For the C a G in the bass and the F has a C in the bass. Again a whole new dimension to the same harmony, perhaps a little more 'hopeful'.

This basic trick is very useful in coloring the major harmony with different shades of major.

Another thing that can have a profound effect on (well, anything!) is how you choose to deliver it. Tempo is one of these things and so are instrumentation and arrangement.

Here I have a quick mockup of a bit of music. Although it's strictly major the delivery (being slow and rubato) gives it a more pensive, bittersweet quality. Try and picture a scene in your head that might be accompanied by this music.

Same notes but this time the feeling is quite different. It almost sounds like something you'd hear in a romantic comedy or Christmas movie. The instrumentation is very upbeat with Glockenspiels, harp glissandos and bells.

This is a tried and tested way of developing a theme for a character and then manipulating that theme for various situations the character might find themselves in.

When writing to picture it can be a fine line of melody, pace and instrumentation that will give you the right feeling. And that's exactly what the music is there for, to reinforce the picture.

Nothing sums up the Major scales use in film and TV music like a good old heroes theme. These huge magnificent brass led pieces are the cornerstone of the epic action/adventure films where good triumphs over evil. And no one does this better than John Williams! Two words, Star Wars!

Take Superman. John Williams' theme is the actual musical embodiment of Superman. You couldn't do it any better if you tried for the rest of your life. The opening fanfare is so melodically immense and grandiose you're totally there, sold, Superman is awesome!!! root and fifth, it's so simple!

By the time the main theme kicks in you are now Superman and that's that! As a kid seeing this movie this piece of music literally melted my face!

Another piece by Mr Williams is the theme to Raiders Of The Lost Ark. It's impossible to hear this melody without seeing Harrison Ford as the swashbuckling archeologist. A simple major melody that sets up the film to perfection. Every time you hear it in the film you know Indy is going to do something heroic!

All these pieces have something in common. They're designed to take you on a ride! They're bold, uplifting, thrilling and exciting... and all made from a simple major scale!

So that's it for this little series. Hope you enjoyed it.

Any recommended further reading for this topic?


Dave DeLizza
Chris, check out the book on the track the contemporary guide to film scoring. Toby, these articles are excellent.
Magic Fingers
Thanks for the article... When I was a kid, Indiana Jones was the first non classical piece of sheet music, that my teacher allowed me to play for a piano recital. I remember how stoked I was!!! These 3 segments on theory are great for anyone who writes, studies, produces music. I grew up classically trained, and this "Music Theory: Hollywood Scales" series, was a great reminder of so many things i've learned over the years. For anyone that is new to music theory, I highly recommend reading these 3 articles again, and playing through the audio examples too. Well done Mr. Pitman!
Glenn
Thanks Toby! Very interesting stuf :-)