Review: Apogee One for Mac

Language
The 3rd version of Apogee's popular ONE audio interface with built-in microphone is now available and with a few extra cables removed, the price has come down nicely too. Matt Vanacoro checks it out.

The third generation of Apogee’s One audio interface/microphone combination has finally hit the streets. This is an audio interface that has evolved in functionality as well as ‘extras’ over the last few years, and this latest iteration strips down on a few cables to save the consumer a considerable amount of money. 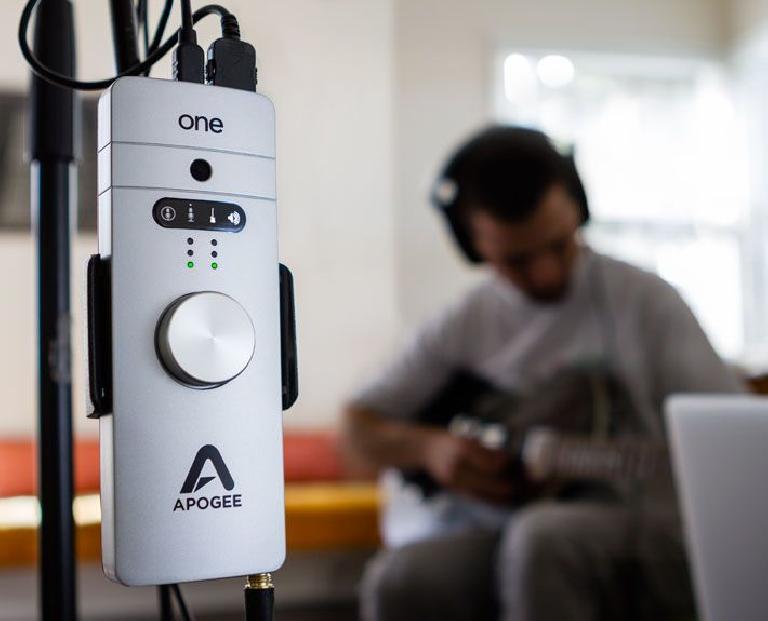 Apogee One for Mac is essentially the same interface as the previous generation’s Apogee One. This newest version has a silver design (which, admittedly, looks pretty sleek) and eschews the iOS connection cables to save the purchaser $100. The converters are the same, the features are the same, and physically it sports the same dimensions.

Another important point to note is that Apogee now is quite friendly with Waves, and your Apogee One purchase also comes with a pretty sizable percentage off of bundles and single plugins as well as a $100 voucher for the Waves plugin store. This is nothing to sneeze at, as Waves plugins, whether you are in that ecosystem or not, are incredibly useful.

If you’re not aware of the Apogee One concept, allow me to enlighten you. It’s an incredibly compact audio interface that sports an XLR input as well as a 1/4” input tuned for instrument level sources. The XLR input can push out phantom power as needed, and you can utilize both inputs at once. These 2 inputs are accessible via breakout cable, cutting down on the clutter when you’re not using them as you can stow the cable elsewhere. 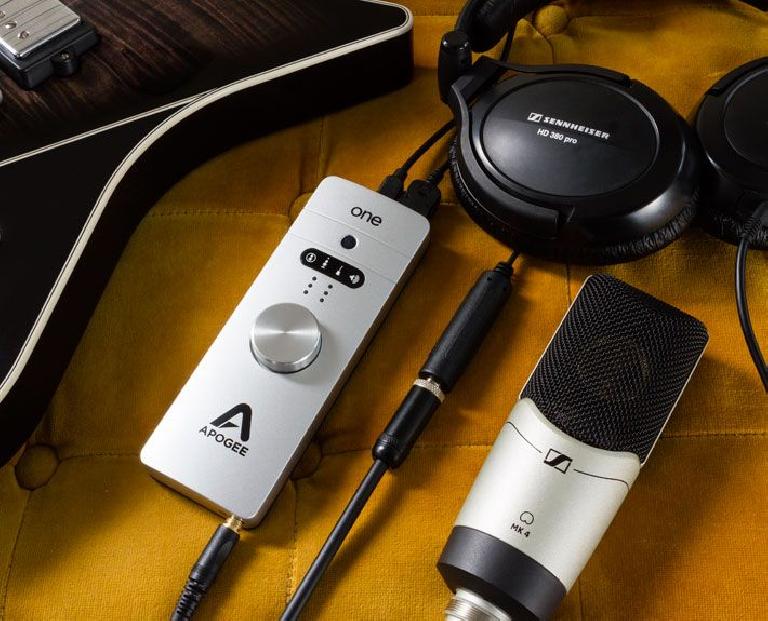 What’s unique about the One is that the audio interface actually has a microphone built into it, and it doesn’t suck. I’d put it just behind the Apogee MiC, and I’m a pretty big fan of that mic for quick iOS field recordings. The One’s built-in microphone is definitely usable, and very user friendly. You can adjust the gain quickly and easily with the massive knob in the center of the unit.

While we’re on the subject of that knob, I should mention that it’s built like a tank and incredibly sexy. The One comes at a bit of a premium compared to other 2-channel audio interfaces, and it’s pretty clear why. The build quality is stellar, and the dynamic range for the microphone input is far beyond your standard 2-channel interface’s level of quality. The XLR input on the One is incredibly clean, has plenty of headroom, and sounds a lot better than it should. 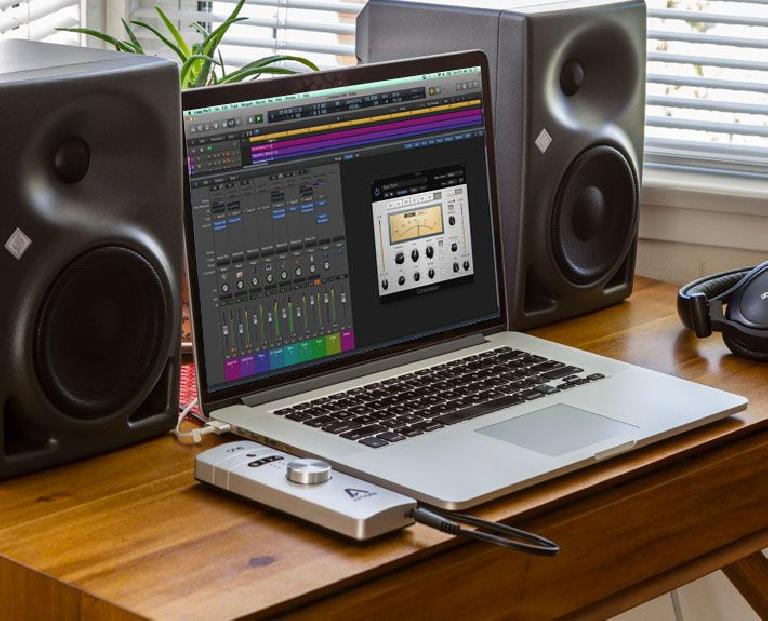 Should you change your mind after owning the One and wish that you purchased iOS/Mac edition, don’t worry—Apogee will sell you an iOS interface kit for $99. The interface itself is not limited or hobbled in any way, it’s exactly the same as the One for iOS/Mac, just minus the cables. It’s nice to know the option is there should you want to exercise it down the road.

If you are looking for a small portable interface, or even just a really high-quality DAC to give you a superb and clean signal for your headphones on the go, then the One is a great choice. It definitely has a bit of a premium price-wise over some of the budget offerings out there, but this is definitely a case where you get what you pay for. If you pick up a One you’ll be rewarded with loads of headroom, a noise floor that is basically nil, and a sturdy feeling piece of gear that looks great.

Cons: If you’ve already got a One, this is essentially the same model. If you don’t, you now have a choice as to what kind of device you use with your one and you can save a few bucks.