Review: Snakebite Synth Reason Rack Extension '" Does it live up to the nasty promise?

Language
If you like nasty synth sounds, DLD Technology promises a lot with Snakebite. Here's my experience.

I like dirty, sleazy synths. I can't help myself. Give me a 303 with the resonance turned way up, and tweak on that filter. Give me a deep square wave bass where you can feel the gaps in the sound wave running up your spine. Even better if you mix in a little harmonic distortion, saturation, or whatever else it takes to turn up the filth.

Anything that sounds NASTY. That, in a nice groove, over a 4/4 kick, and I'm in heaven.

I've also been a Reason fanatic for years. Don't know exactly when I picked up my first copy, but it was somewhere in the early 2000s. It's pretty much all I've ever produced in, despite giving many other DAWs a go.

Even with all that time in Reason, I've always struggled to get that nasty sound I love out of Reason's native rack devices. Sure, Scream 4 helped, but no matter what you pass a signal through, the oscillator that creates it makes the biggest, most dramatic difference in sound.

And so you can imagine when I picked up the Snakebite Synth Rack Extension from DLD Technology'"promising a radically different approach to creating synth waveforms'"I was intrigued. They explained, 'We decided to be a bit different and make something nasty.' And I wanted to know if they fulfilled on their promise.

And what I've found in the year since I first installed it, it's lived up to every expectation and then some, and has become a constant in my productions, usually providing the grimiest-sounding element in my mix.

Let's look at what makes Snakebite so nasty, shall we?

I don't think DLD technology was the first to the game with some of these approaches, and I'm not enough of a synth historian to tell you who was. But what I'll tell you is that their approach to oscillators is radically different than what you'll get out of most synths available to Reason users, and that's one of their big secrets.

First off, most synths let you toggle between waveforms. You can set an oscillator to sine or square or saw or triangle, or some proprietary waveform to that synth or developer. Snakebite's approach is radically different.

I'm going to try to stay away from the heady mathematics here, but give you enough to understand what they've done differently. Back somewhere around 1800, French mathematician Jean-Baptiste Fourier proved that all waveforms could be expressed as a whole bunch of sine waves stacked together (called 'sum-of-sines'). 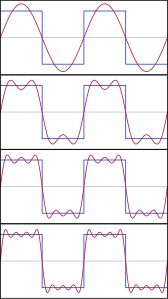 Four sine waves added together start to look like a square wave.

Most synths take this first approach. And so you have to toggle between waveforms'"choose sine OR triangle OR saw OR square. With Snakebite, DLD used sum-of-sines. Which means they can give you a rotary fader to transition through sine, triangle, and square waves'"and a ton of strange waveforms in between.

They call this 'Variable Shape Oscillation,' and a little tweaking with this knob on all three of the built-in oscillators, and you'll quickly realize you're getting sounds you don't hear from most other synths.

And yet, we're just warming up'¦

For sound designers and synth freaks who love that nasty sound like I do'"particularly down in the bass and low-mid registers'"pulse-width modulation (PWM) is a favorite. In most synths, PWM is typically only available on square waves.

(Again, let me try to explain why without going too deep into heady math stuff that doesn't matter when all we want to do is create a nasty bassline that gives listeners a face like they just swallowed a whole box of Sour Patch Kids.)

In most waveforms, the positive part of the wave takes up the first 50% of the cycle, and the negative the second 50%. That means that the middle of the wave cycle is where the signal'" in whatever shape'"crosses over center.

In a square wave, the first 50% of the wave is at full positive amplitude. Half way through each cycle, it switches to full negative. PWM changes the width of the positive and negative parts of the cycle. So instead of the first 50% being positive, and the second 50% being negative, it may be 22%/78%, 44%/56%, 2%/98%, or somewhere in between. PWM is typically assigned to a rotary fader, giving you very granular control over this. And a little tweaking goes a long way to dramatically change the feel of the sound. 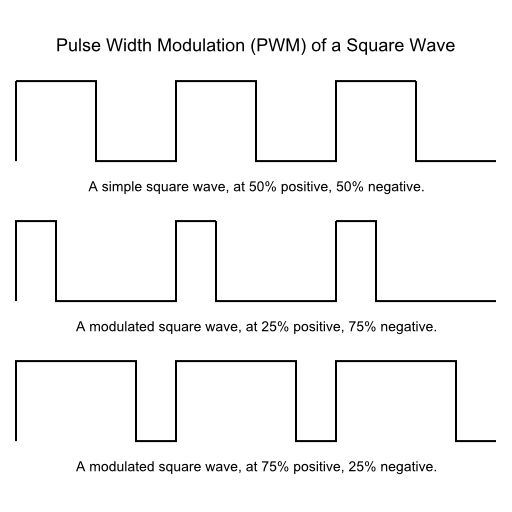 Which brings us back to Snakebite. Because they used sum-of-sines rather than the more traditional approach to synth oscillators, DLD was able to apply the principles of PWM to every waveform available. But don't look for a PWM knob ('˜cause, you know, PWM is for squares)'"they call it 'Morph.'

So while you're tweaking on the waveform shape knob, you can also tweak on the morph knob. And here's where things get really interesting'¦ And nasty!

Even a sine wave starts to get really interesting (and a little dirty) when the wave gets imbalanced'¦ Whatever you call the waveform halfway between triangle and square, all the more so. And it gets even nastier feeling when you start to automate the movement of this morph parameter.

Combining Variable Shape Oscillation and Morph Control makes Snakebite a formidable synth in itself, and is reason enough to give it a try. But DLD didn't stop there'¦

Snakebite Secret Weapon #3: Everything Else

But I'm risking writing a book on it'"when really, you just need to take it for a spin with a free trial. So I'm going to quickly highlight a few of the things you're going to want to play with on this, and I'll leave the rest up to you.

Cutoff'¦ There's a huge cutoff knob in the middle of Snakebite that refuses to be ignored. And yes, this controls the frequency of the filter, which can be set to the standard Low Pass, Band Pass, and High Pass modes plus a Wide Band Pass mode. But it also impacts the accent and filter modes, which in concert with the Track or Filter Tracking knob at the bottom can lead to some fun results.

Filter Tweaks'¦ Turn up the Crush knob for instant bitcrushing of your sound. And then turn up the Venom knob to overload the audio signal through the filter, creating harmonic distortion without clipping. This one-two punch of onboard processing really adds to the nastiness at your fingertips with Snakebite. And for the heck of it, there are also standard but not-to-be-neglected Resonance and Distortion knobs, because, you know, filter freaks just can't get enough. Right?

Onboard Delay'¦ This is NOT the standard echo-delay, synced to your beat. It's a bucket-brigade delay device, fairly uncommon today, except in guitar pedals. Rather than repeating a clean signal over and over again, a little bit of the signal is lost with each delay, leading to a very analog sound. Add to that an Analog parameter and the ability to make none, one, or all of the oscillators run through a Binaural delay, and there's a ton of possibility here.

A distinct set of effects you don't get in other Reason synths.

LFOs'¦ Perhaps the coup d'Ã©tat for sound designers, DLD took, yet again, a unique approach to the LFOs. Rather than what's become the standard approach of pretty much unrestricted routing of the LFO to any parameter, Snakebite limits you to only certain parameters (designated by light vs. dark knobs). You use the Column and Row knobs in the LFO to select what you want it to control. Again, you'll find you can't sync the LFO to the beat, but what you can do here will make you want to play all day long.

CV'¦ Yep, it's there. And if you're really bothered by the lack of tempo sync on the LFO, 3 CV inputs with the same Column and Row selectors offer you a workaround. Add to that a handful of other inputs on the back and you've got days, weeks, or even months of fun ahead of you.

Breakouts'¦ I'll admit to just discovering the possibility of this in writing this article. Snakebite offers audio in-out capabilities between the oscillator and the filter. The 'standard' way to use this would be to run the oscillator output through some effects before bringing it back into Snakebite for final processing through the filter. But with a little creative wiring, you can either forget the oscillators completely and process any sound you want through Snakebite's filter, or use a rack mixer to add more audio to the signal (vocals, anyone?) before sending it back in through the filter. All I can say is dirty, nasty, yummy'¦

This represents a world of possibilities.

And finally'¦ Presets'¦ Yep, there are a bunch, and I often use them as a jumping-off point for sounds I want to include in my mix. The bass folder is especially full (I counted 65) '" reflecting where Snakebite really shines. If you like to start with presets and tweak from there, Snakebite does not have the most comprehensive library (hello, Rob Papen), but you won't be left lacking, either.

When I first tried Snakebite a year ago, it was with the hopes of adding a little dirty, grimy, edgy nastiness to my tracks. I guess the fact that it shows up in pretty much every track I've made since says that the folks at DLD succeeded.

As with all Rack Extensions, you can try it for free. Even better, when you decide you like it, it's only $29'"a total steal for a go-to synth like Snakebite. 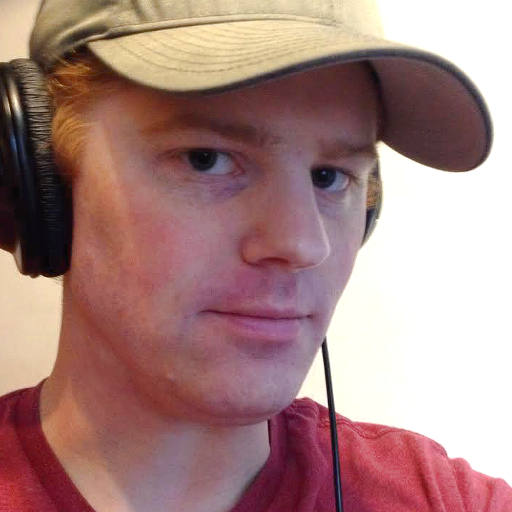 Roy Furr is not your normal AskAudio author. Heâ€™s not classically trained and he doesnâ€™t have a degree in recording arts. But he has been involved in electronic music for over 15 years, as a DJ and producer. Heâ€™s self-taught at both, obsessing over the how and why of every little detail. Heâ€™s a self-professed house head, but ... Read More