The Art of Making Handpans. Interview with Dave Beery and Stevan Morris

Language
Handpans have caught the imagination of musicians world-wide since the first 'hang' was created by PANArt. Lynda Arnold visited Dave Beery and Stevan Morris' workshop to see Ohm Handpans being made.

Over a decade ago, a new instrument was born in Bern Switzerland called the Hang developed by Sabina Scharer and Felix Rohner of PANArt. Related to the Steel Pan family of instruments, this new 'sound sculpture,' as it was called, quickly captured the hearts and minds of musicians all around the world. Since they were made by hand, they were distributed carefully, first to professional and performing artists and then to people on waiting lists who wrote letters to the company. Because of the growing demand for the Hang, other makers started to appear adopting their own methods of making the instrument out of curiosity, inspiration and to help feed the growing demand. Pantheon Steel became one of the leading makers of Handpans in the US with their 'Halo' instrument, adopting a lottery system over the years to deal with the demand. There are dozens of others around the world who are trying their hand at making Handpans, whether licensing the PANArt method or developing another way of making it.

I recently met with Dave Beery and Stevan Morris in Lakewood, CA at Dave's workshop to see how he makes his Handpans. Dave has been making Steel Drums for over 20 years and decided to try making Handpans at the encouragement of his friends and colleagues. Like most, he was hooked after his first Handpan. After years of experimenting, he feels he has perfected his Handpan, called the Gaia. This year at NAMM, he debuted an entirely new take on the Handpan that incorporates Tongue notes on the top of the instrument called the Ohm, co-developed by fellow independent instrument maker Graham Doe. Stevan Morris has been learning how to make Handpans over the past year from Dave and also works hard at creating community around these unique instruments as a performing musician and educator. 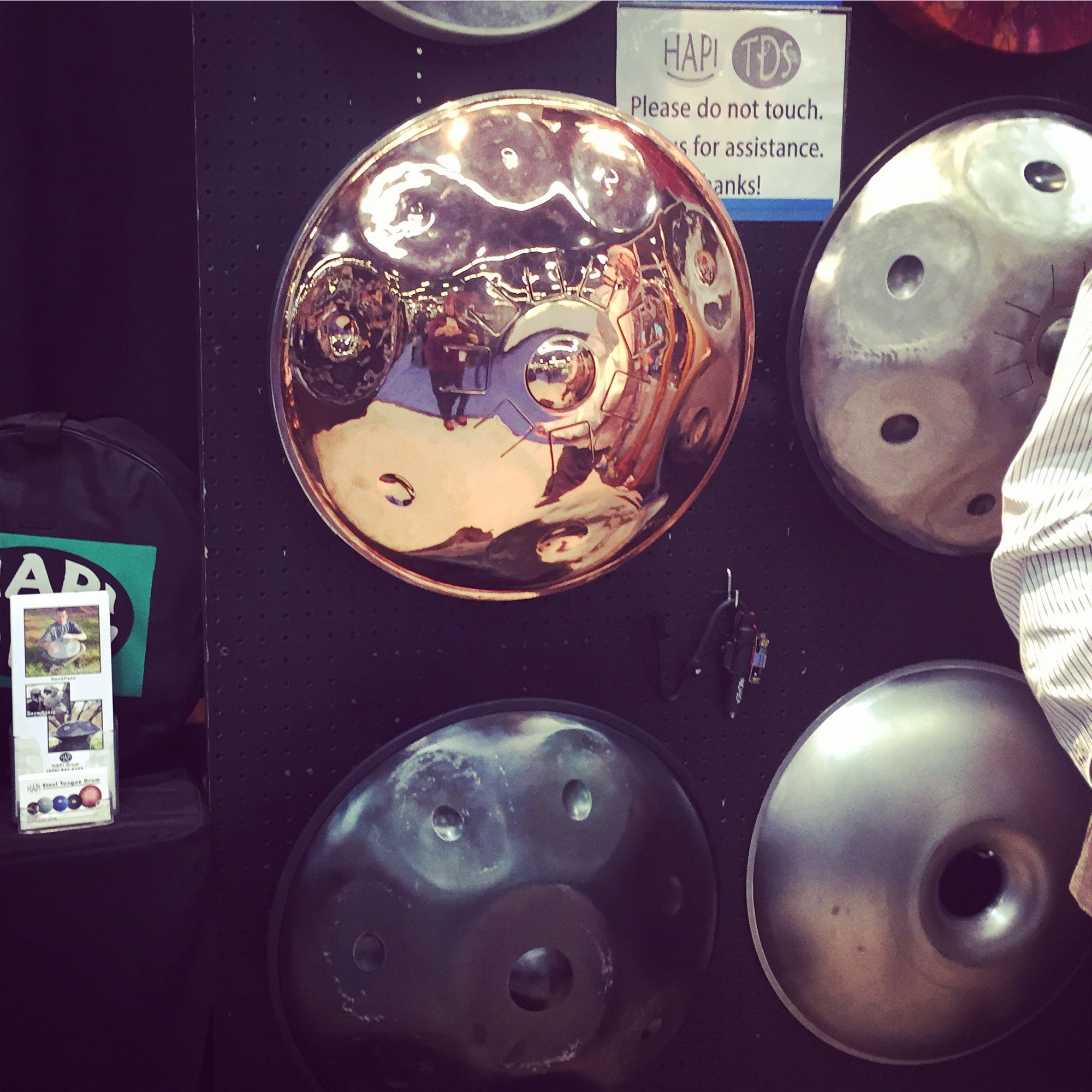 AskAudio: Dave, you've been making steel drums for a very long time. How did you find your way into making Handpans? Are you the first to call it a 'Handpan'?

I started making Steel Drums around 1991, so for over 20 years. I had another workshop before my retail music shop where I made Steel Drum for my brand, 'Smarty Pans.' At the time, a teacher who purchased instruments from me said, 'Dave, I saw this new instrument, it's called a Hang, you've got to make them, you'll be a millionaire!'  I totally dismissed it about 8 years ago and didn't think about for a while until other people started to mention how cool it was. Other Steel Drum makers didn't see the appeal because it only had 8 or so notes on it and we are used to tuning Steel Drums with 27 notes on it. We saw it as a limited instrument and didn't understand what it was all about.  So, finally, with enough persistence from friends who told me to just make one and try it, I relented. As soon as I made one and put it in my lap, I thought 'Ok, I get it, this is fun!'  Ever since then I've become an advocate for the instrument and enjoyed making them.

AskAudio: What are the biggest challenges in making this instrument?

Dave Beery: The logistics of making these instruments have been the most challenging. I had to figure out how to collect the best materials and assemble the pieces in the workshop, which is in my garage. I already had some of the tools from making Steel Drums for a long time and that gave me a head start. For other people interested in making them, there is a barrier to entry in regards to how to find and use the tools required.

In terms of the construction, I've been working to perfect my process for over 3 years by experimenting and refining the various steps. I'm finally at the point where I'm happy with the product that I am producing. For a long time, I wasn't satisfied with my results.

The current model is called the Gaia Handpan. Before that, I made the Symphonette and the Genesis (first model), which was made from the Top and Bottom Covers of a 55 gallon steel barrel. With the Genesis, I was wasting lots of steel material. Buying steel barrels to use so little of the material wasn't cost effective and took up quite a bit of space. The Genesis pans were larger and sounded great but in the end not the way to go. For the Symphonette, I used a smaller piece of steel, a 35 gallon barrel lid which was nice because I could just buy the lids to shape rather than the whole barrel. But, there was a lip around the edge of the lid that didn't look right on the assembled Handpan and the steel was a little thin and didn't have the optimal sound either. The GAIA uses deep drawn steel shells which I was able to get from another business and has worked the best ever since. They are always consistent and we don't have to hand sink the shells to make the bowl shape. The hand sinking process takes a long time and is not always exact or consistent.

Handpan Sales haven't been difficult because there are a lot of people who want them, but supplying the demand has been challenging since we are a small operation and we can't keep a Handpan in the store for very long before it's sold.

Below you can see Dave Beery holding an air hammer demonstrating how the flat steel pieces are shaped to make the pieces for the Handpan. Since the deep drawn steel shells are now available they are mostly used to make the flattened oval surfaces and dimples for the individual notes. There are a few different air hammers for denting, shaping and further refining of the surfaces.

AskAudio: How do you make the Handpan in different scales?

Stevan Morris: Essentially, the bigger the note, the lower the pitch and the smaller the note, the higher the pitch. We prep the Handpan by drawing on the notes of the scale we choose on the shell using magnets we designed by trial and error that approximate each note (Picture below). We have different ideal magnet sizes for each note. Notes can be tuned a couple half steps up or down so our magnet outlines are a rough guide. Each note has a dimple in the middle and a flat surface around the dimple that allows for different harmonics and resonances of the main note. The short side of the oval is the fifth above the fundamental note and the long part of the oval is the octave harmonic of the main note. 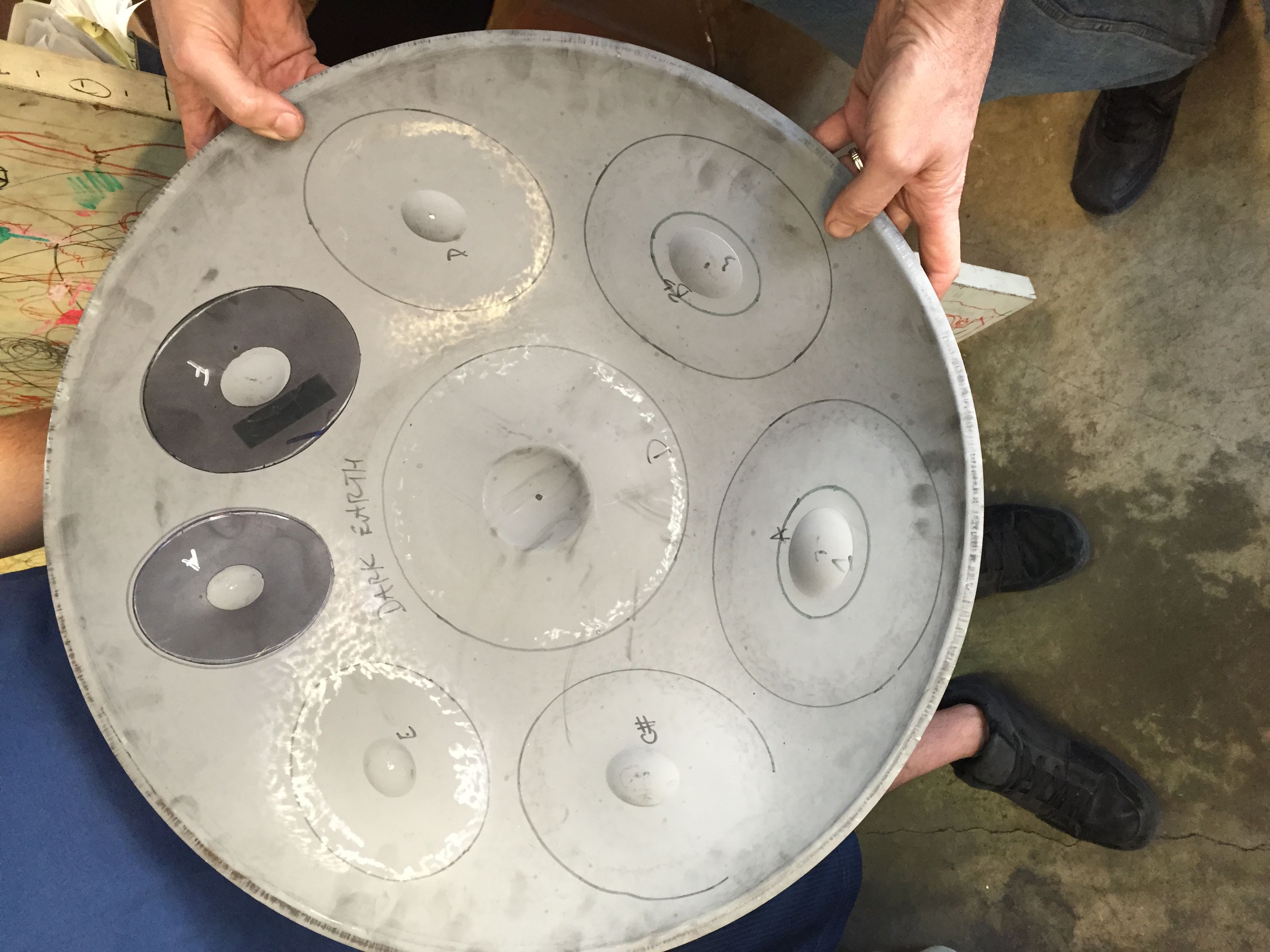 AskAudio: At the 2015 NAMM show, you revealed your new Handpan called the Ohm, designed with another tongue drum and Handpan maker, Graham Doe. How is this different from the Gaia?

Promo Video for the OHM:

AskAudio: How can someone get an Ohm Handpan? I'm sure these are quite in demand and take time since they are made by hand!

Dave Beery: The Ohm has a larger creation process. For one, I have to take the shell to a special company to get the tongue notes cut into the steel. Since the OHM requires more work on our end to produce them, It's another option that will be available but will not be a high production item. We'll just make them as we go and sell them in the store or online when they are ready on a first come, first serve basis. Graham Doe will be making his on his own as well and although we share the patent (pending), his will be called the Omni and ours are the Ohm. It makes sense to do the production separately since we live far from each other. We also still have quite a waiting list for the Gaia Handpans.

Figure 6 - Finished Handpans in the Workshop

AskAudio: Stevan, you've been working with Dave for a while now and I'm also lucky to own one of your custom handpans, #7 to be exact! Can you share some insight into the challenges of making these instruments and also how you found Dave Berry?

Stevan Morris: I learned about Dave while at Cal State Long Beach. I played in the Steel Drum group there and they used Dave's Smarty Pans. I also played Steel Drum sheet music arranged by Dave. I applied to be the music manager at Dave's retail store a few years later and became interested in making and working on Handpans. After bugging Dave about wanting to make them for a long time, he started to teach me.

Dave Beery: Stevan has an advantage over other people who are interested in making the instruments because he is a trained musician. He's great at tuning and listening to the intonation of each note—a valuable skill. He knows the language of music theory well so I can tell him to put a Bb Major chord on one side and an Ab dominant 7 chord on the other side and he knows what I'm talking about. You have to be more than a welder to make these instruments successfully.

AskAudio: Stevan, you are involved in the growing Handpan community around the world and often host gatherings that include performances, workshops and master classes. Please tell our readers how you are contributing to this wonderful community and what you think draws people to these instruments.

Stevan Morris: The community is growing very quickly. It's spread out around the country and the world. The Handpan is still an underground instrument and community. There are a lot of people who have Handpans in Southern California who I've never met for example. There are a lot of connections being made right now and the movement is still in its infancy.

Different Handpan gatherings are organized throughout the year to bring people together to try different Handpans, share techniques, jam and meet people. There's a very humble and talented group of folks that are gathering around this instrument.  Overall, I find the Handpan community is a supportive and encouraging group, like a big happy family. The first gathering I went to was on the east coast called Song of the Forest in Georgia. I was so inspired that I wanted to inspire other people by forming my own Handpan gathering back on the West Coast. My first gathering, Pantasia, took place in Joshua Tree, CA last year and the second one is at the end of February. It's already growing in popularity and scope and I expect this to continue in the future. 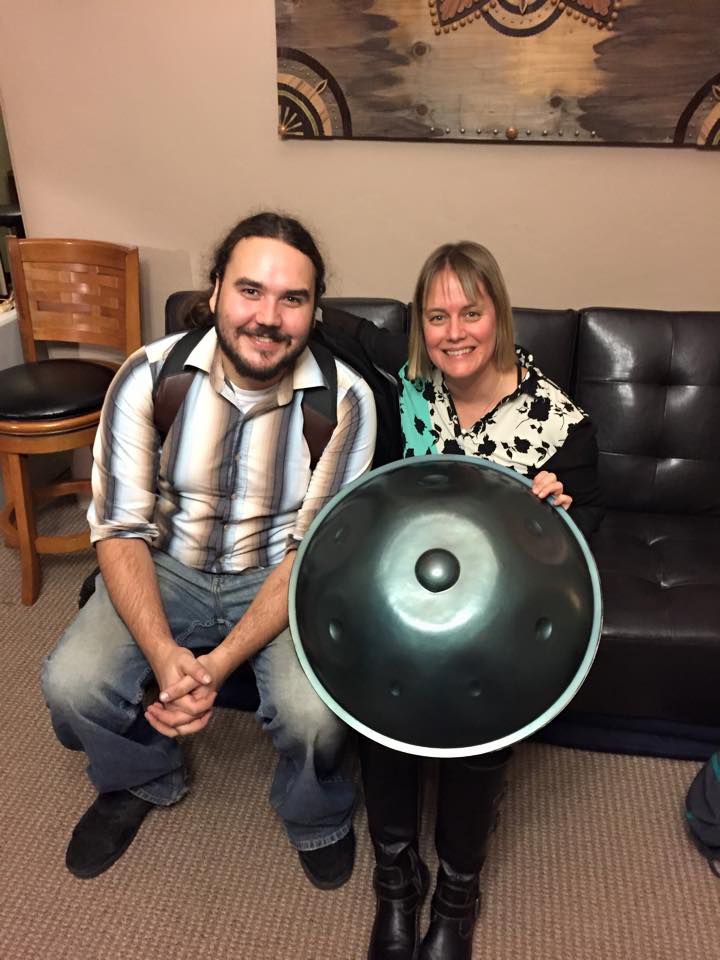 Figure 7 – My New Handpan made by Stevan Morris