Language
Aside from monitors, a good, comfy pair of cans can make all the difference when mixing and DJing. Hollin Jones tries a pair of Electrowaves by Numark on for size.

Numark's Electrowave headphones ($149.95) are designed primarily for DJs, but in truth, anyone making or playing music should invest in a decent pair of headphones. Even if you mix on great speakers you still need to know what your tracks sound like on 'cans'. That said, these cans do have some features aimed directly at DJs. For a start, they are double hinged so that they fold up really quite small, making them much easier to get into a bag or backpack alongside your laptop and audio interface. They feel solid and chunky but they're not heavy, and the extending arms that let you fit them to your head are firm, meaning they shouldn't slip off as you nod rhythmically to the tunes you're spinning. 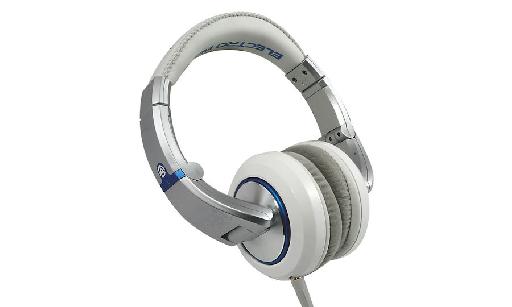 The uppermost part of the headband is cushioned, and when wearing the headphones they certainly feel anchored on, but without pressing too much on your head. The sides do stand away from your head quite a lot when you wear them making a sort of arc shape, though this is more of an observation than a problem. The ear cups are soft too and finished in furred material, making them comfortable to wear for long periods. They are billed as isolating headphones and they certainly do block out a lot of external noise though not all at low volumes, partly because the cups are a little smaller than, say, a heftier pair of studio headphones. With the volume up however you won't notice much if any sound seeping in from outside. 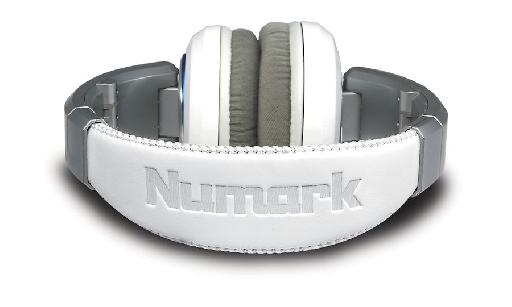 One interesting touch is that you get two cables : a mini jack and full size jack, rather than a single cable and an adaptor. Whichever you choose to use, it connects to one of the cups using a clever locking plug so that it can't be accidentally pulled out. I'd venture that the reason for the removable cable is that when you pack the headphones away, removing the cable makes them much more portable. They apparently have glow-in-the-dark sides too, though I couldn't actually see this working! There's a carry case included in the box to help prevent scuffs and scratches.

The headphones have a frequency response of 10 Hz to 22 kHz, a sensitivity of 100 +/- 3 dB and a maximum input power of 3000 mW, if all that stuff tips the scales for you. In practice, they sound great. Playing back some heavy dance and hip hop from Traktor DJ on an iPad, the sound was crisp and punchy with bags of weight and clarity. They seemed quite a lot louder than my studio BeyerDynamic DT550s used with the same iPad, probably because they are easier to drive using the iPad's circuitry. Connected to a pro audio interface, they offered similarly great results. They're maybe a little excitable for accurate studio mixing, but then in fairness that's not what they're really designed for. As DJ headphones they are comfortable, lightweight and deliver the required levels of volume and immediacy. If you're in the market for some affordable but serious new cans for performing, the Electrowaves are well worth checking out.