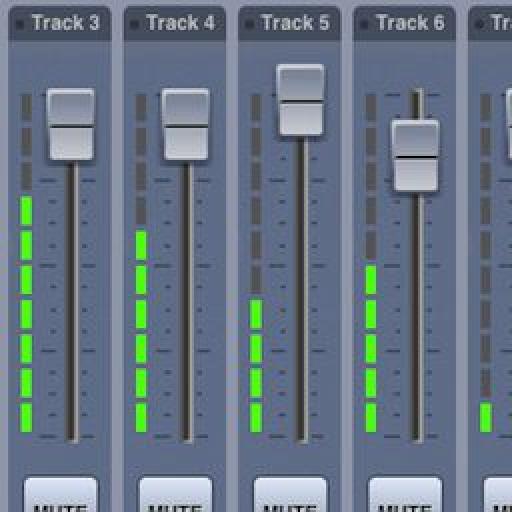 Language
Heard of iSequence HD for iPad? Yes, it is related to iSequence for iPhone'¦ but has a whole lot more about it, including excellent sounds, recording and editing features. Hollin Jones checks it out.

Porting apps from the smaller iPhone to the iPad platform usually means you get a few more features, but in the case of iSequence HD, you get a whole different interface. A 130MB download for the very reasonable price of £2.99, this is a surprisingly capable sequencing package with tools and features that you don't often see in iOS music apps, even in Apple's own GarageBand. It also seems to have received relatively little attention which is odd given that it's really rather good.

iSequence HD is based around an eight track step sequencer that  you can play using the onscreen keys, easily scrolled up and down six octaves. For beats you get a set of drum pads and although playing notes on a screen is never exactly an organic experience, you do get a velocity control slider as well as glissando and mono / poly controls to make things more pleasurable. Set a tempo and activate the metronome and you're able to record into the grid, with notes appearing colour coded complete with the note name, which is a nice touch. They can be copied, pasted moved and transposed easily and you can select multiple notes as well. 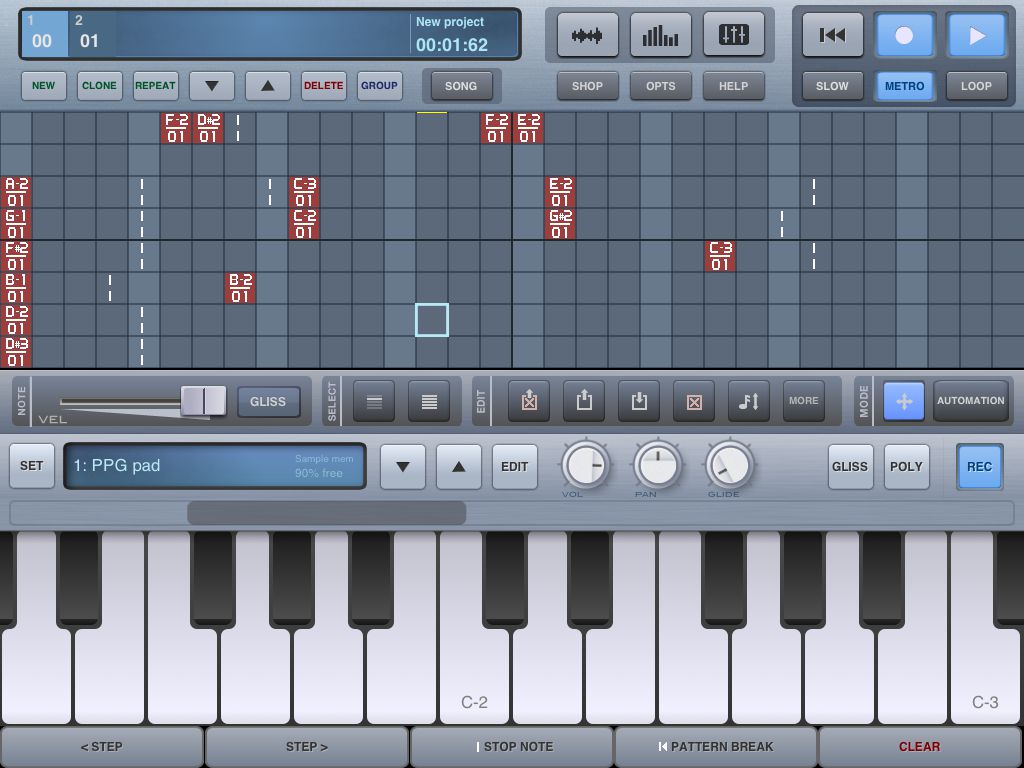 The sequencer makes it easy to see what notes have been recorded as well as editing them by touch.

It's all about sound

There are 165 built-in sounds and they are really very good, ranging from gritty urban drum patches to stabs, leads, pads and fat basses. Better, dare I say, than many similar apps. In the sound browser you can easily preview sounds before loading them, and if you choose to edit a sound you're taken to the wave editor section. Here you get to control different layers of samples in a patch, set up looping and the ADSR envelope of a sound. Even better, you can import your own samples by either transferring them over wi-fi, from iTunes, or recording them directly into the app using a microphone. So building your own beatbox kit or recording vocal loops for example would be easy. 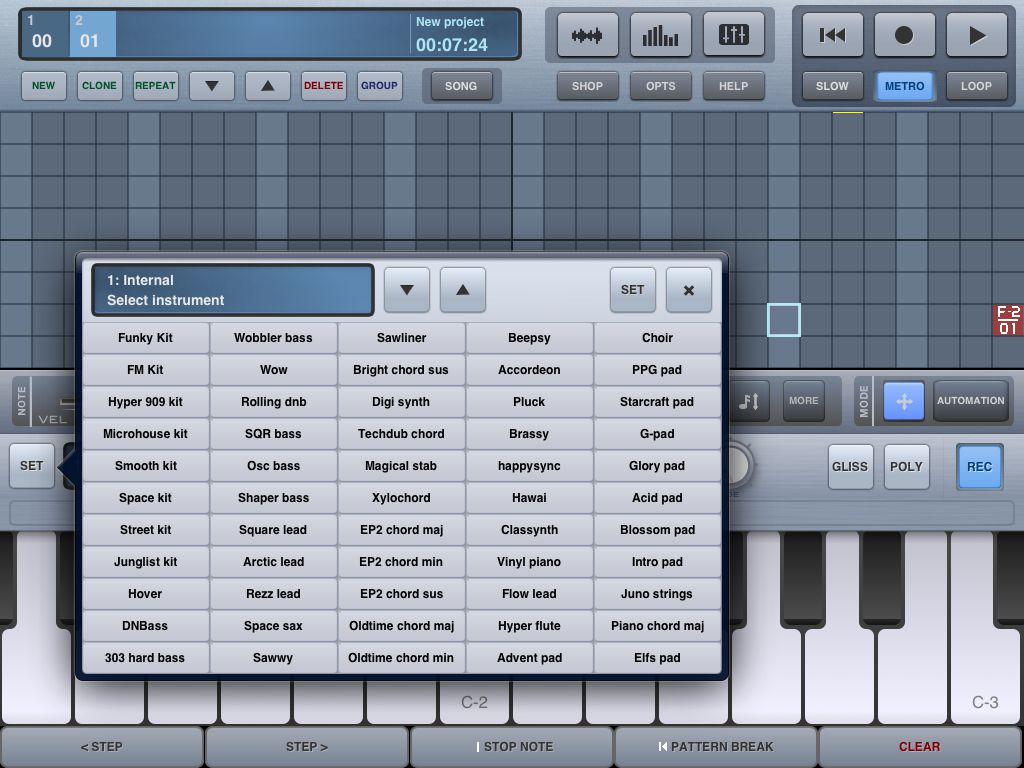 Choose from the great built-in sounds, add more via in-app purchases or import or record your own with ease.

Programming patterns is easy and these can be chained together to make songs. Another nice touch is the ability to automate multiple parameters using a smooth curve system, drawn with your finger. Go into the mixer section and you have eight channel strips and each one is assignable through one of five effect slots. Globally there are ten types of effect, each with controls. Some, like reverb, can only be used in one slot at once due to power requirements. Nonetheless it's a really flexible system and helps to add depth and interest to tracks. 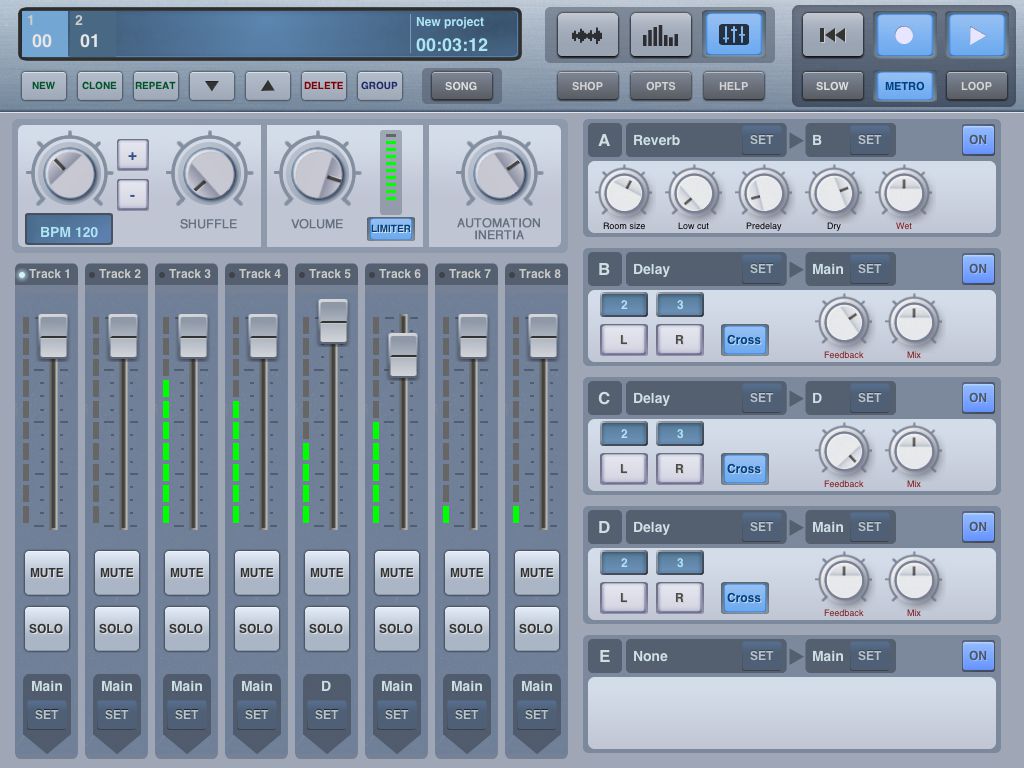 The mixer is easy to use and lets you access global effects as well as project BPM and master volume with limiting.

To aid you in your recording, there's a “slow down” mode that halves the tempo, making it easier to program notes. There's also of course global BPM and shuffle, as well as a master volume with a limiter option. Songs can be bounced out as Wav or AIFF files as well as MIDI files and the app's own HSQ format. MIDI files can be imported too. If you are hungry for more sounds, inexpensive add-on packs can be added via in-app purchase. 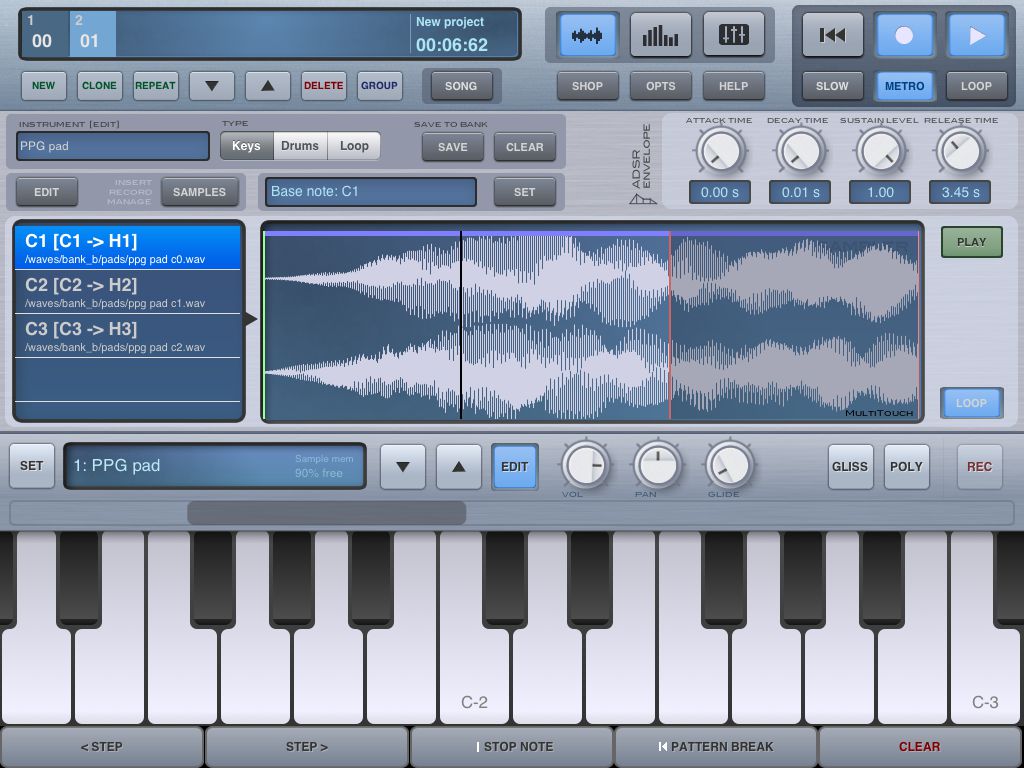 Easily edit waveforms and zoned samples as well as managing those you have recorded or imported yourself.

iSequence HD is a really elegant MIDI sequencer for iPad that provides instant gratification but also has clever editing and programming features that take it well beyond just being a sketchpad. The learning curve is pretty gentle and it's great fun to use. You'll find yourself putting together beats, loops and patterns really quickly and when you get more familiar with it, chaining these into songs and adding automation. Being able to import samples and MIDI files and edit them on your iPad is a real bonus too. It's fair to say that iSequence HD is the best iOS music app you've probably never heard of.