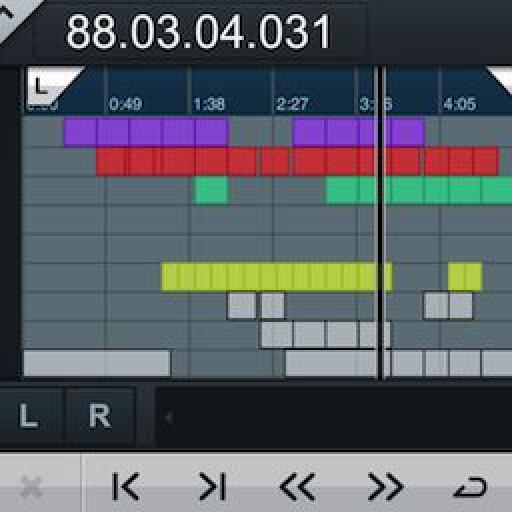 Steinberg has been developing iOS apps for a little while now, and its first Cubase controller was released in 2011, running on iPhones and the iPod Touch. It has grown in confidence with the platform and more recent releases like LoopMash HD and Cubasis show how it's embracing the iPad too, a trend which continues with iC Pro, a more fully featured controller for all recent iOS devices. It's priced at $16.99 which is reasonable for an app that hooks into your serious DAW software, and that you're likely to use a lot. It requires Cubase or Cubase Artist 6.5 or higher, or Cubase LE/AI/Elements 6. You have to install a small SKI extension then set it up in Device Setup, optionally adding password protection to the connection. Then fire up the app and you're connected : it's really simple to get started. 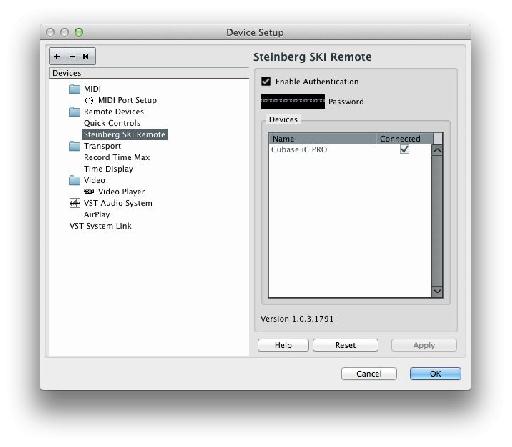 The idea behind iC Pro is that it goes deeper than other controllers, and is specifically designed to play nicely with Cubase. So you get a project overview that has pinch-to-zoom, letting you quickly navigate your track and add regular and cycle markers. There's also naturally a Transport section with playback controls and metronome on /off as well as the ability to set project tempo from the app manually or using tap tempo. 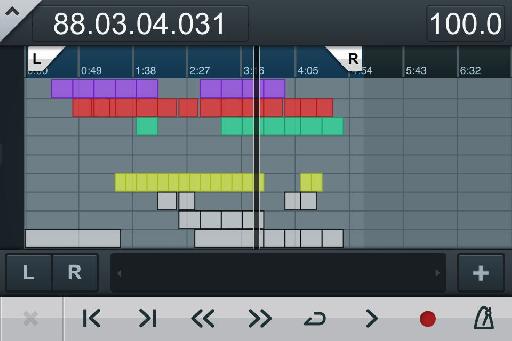 Functionally, the iPad and iPhone / iPod Touch versions are the same, though as you might have guessed the iPad version offers more flexibility, thanks to the larger screen. It's a universal app so if you buy it on your phone you can download it for free to your iPad too. The only real difference is that on the iPad you can have two sections visible at once and on smaller devices, only one. Still, it's beautifully put together and works brilliantly even on smaller screens. 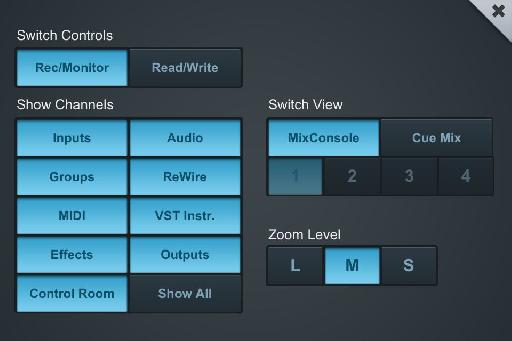 iC Pro is cleverly designed to work on smaller devices too.

There's a pared-down view of MixConsole that lets you alter levels, panning, record enable, monitoring and more, and this view can be customized to show specific types of tracks as well as zoomed in or out, which is a nice touch. If you are running a version of Cubase with the Control Room feature, you can also set up four individual headphone mixes so up to four players, each with a device, can alter their own mix on the fly. This is really useful and could save a lot of time in the studio. 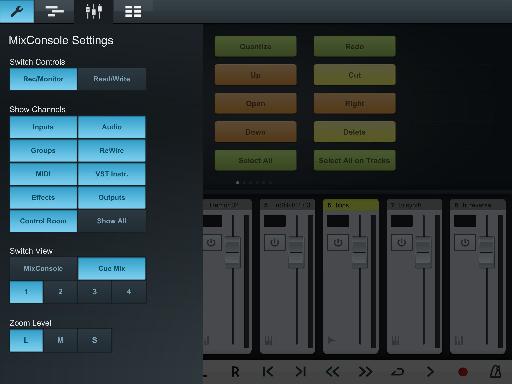 Zoom in and out on MixConsole and also set up to four individual headphone mixes.

The third major feature of iC Pro is also arguably its most advanced : fully customizable key commands and macros. Multiple pages of commands can be accessed to perform many common tasks in a project like adding tracks, switching workspaces, transposing selected events, zooming in or out, navigating or opening channel settings. In fact thanks to the setup section, almost any command in Cubase can be assigned to any slot you wish with just a couple of clicks. This takes iC Pro far beyond the reach of a regular controller app and genuinely puts an amazing level of control at your fingertips.

Assign almost any command to a shortcut slot and use it wirelessly, with multiple pages available.

If you are a solo performer or a producer wanting to spend less time hunched over a mouse, iC Pro is an invaluable app that can seriously free you up to move around and be more dynamic when producing or recording in Cubase. It's easier on the iPad, but then most things are:  crucially, it works very well on a smaller screen too. The ability to customize key commands and macros is the killer feature here, but overall this is a very smooth, easy to use and highly functional app that you won't regret adding to your setup.

MattLTH
Great review, Hollin! I've been using Cubase iC since day one. It's a fantastic app that allows me to record myself in the vocal booth without the need for an expensive hardware remote or hiring an engineer. As you mentioned, the Pro-version also allows me to modify my monitor mix without leaving the booth. I highly recommend it for all Cubase and Nuendo users.