Language
Actor, singer, producer, musician Tony Vincent talks to us and shares his thoughts on singing the songs of David Bowie, his studio setup, his favorite vocal compressor and the art of performance.

AskAudio: Can you tell us about how you got started in music?

Tony Vincent: That ‘light bulb moment’? My dad had a big vinyl collection and the first time I heard The Beatles’ “A Hard Day’s Night”—that immediately sent me on a journey into music. I was singing as soon as I could speak, playing drums at the age of seven, we had a piano in our home so when I got the desire to start writing music, I was able to do it had a few outlets! I learned to play by ear: I would put on records and find chord structures and try to figure out the notes. I didn’t really know how records were made, or what production was, what I was playing but I knew what I wanted to do was be a musician and artist. That’s what led me into acting as well. I knew I wanted to perform and communicate to people.

Ask: Did you have any formal musical training?

I did have drum lessons in Albuquerque, New Mexico when I was very young, but after that it was really just me and records. I didn’t start playing guitar until I was about 23. I had a record deal with EMI and after having been heavily influenced by the electronic music of the '80s, I started working and writing with guitar players. I wanted to get that feel that they had but I couldn’t do it (physically) on a keyboard. You just can’t get that strumming pattern movement. So I picked up the guitar and started playing to records, like I did with the piano. It does sometimes bite me on the tail because I don’t have that vast theory background so it can take me a little bit longer to get myself out of a corner, musically speaking! 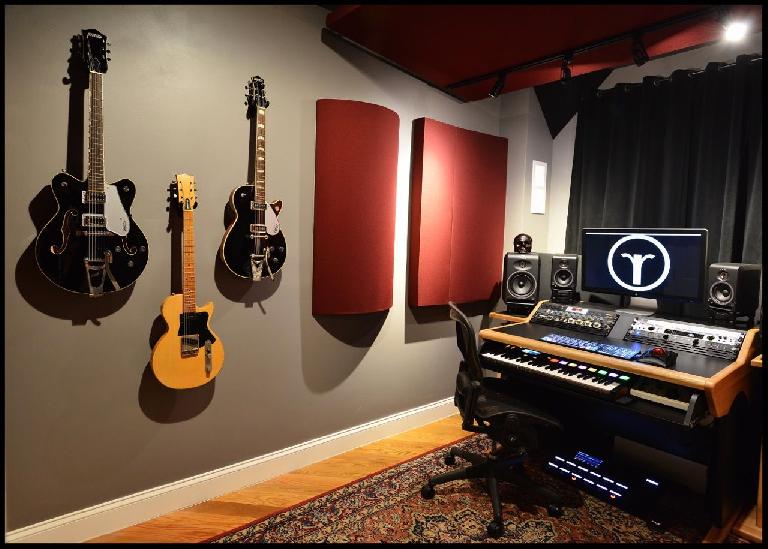 Ask: So what techniques do you use to expand and move songs in new directions?

I don’t have a specific prescription. Sometimes you just need to take some time away from a song whether that’s a few hours or a week, just much like you would in a mixing perspective. You’re going to hear things differently when you’ve had some space and time away from the song. If I’m co-writing a song I can usually bounce ideas of the other person and that can trigger new and interesting directions.

Ask: You had early success by doing a lot of the legwork yourself, at a time when people generally needed a big record company behind them to achieve anything. Would you say there’s a parallel with someone these days for example becoming a YouTube sensation overnight?

Well, that particular medium is so fast-moving. Being a young person listening to records or CDs, part of the cool thing about artists was that you didn’t know about their personal life, about what guitar they were playing  or what they had for breakfast. You were left to imagine this stuff in your head. And now everything is so exposed, we’ve taken the mystery of music and celebrity away. To me the whole social media thing is boring because it leaves nothing to the imagination any more. I find it vapid and pithy, really, there’s no substance and nobody has any brand loyalty any more. Back then we didn’t see much about the personal life of a band but what we did see was fascinating and fueled our love for them. I miss that—we know too much now.

Ask: Can you tell us a bit about your production gear setup, what you use and rely on?

Until a few months ago I was exclusively in-the-box, and I’d rarely track more than two inputs at once. I moved to an Apollo FireWire 800 when they first came out. If I ever want to multitrack drums for example, I’d go to a proper studio where they have all the proper pres, mics, etc. Because of my drum background however I can program pretty successfully so I rarely need to track drums. Mostly what I’m recording is guitars or vocals, so I’d go through a Chandler mic pre, most likely into a Distressor and from there everything would be done with plug-ins internally. 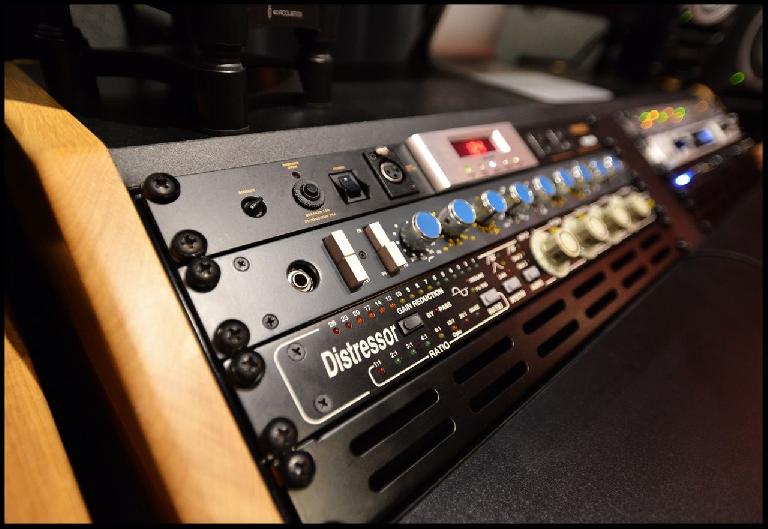 Recently I have moved to a summing mixer by VintageMaker—a 24x4 unit that’s been made to order for me. So I’m bringing everything out of an Apollo, gaining 8 additional outputs (Via Lightpipe) into an Apogee Rosetta 800, into the summing mixer and then bring a stereo pair back into the Apollo. I’m also monitoring though a stellar controller by New Old Sound Ltd so I’m really hearing the details of each mix. It’s a really solid setup. 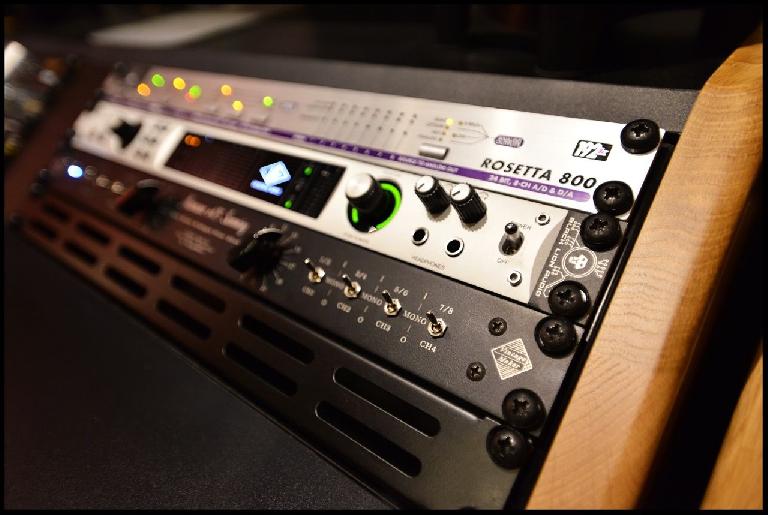 Ask: When you’re mixing in the box, what DAW and plug-ins are you using?

Before I was signed to Sony/Epic back in 2002, I had been a longtime MOTU Digital Performer user. But I began  working with so many people that were Logic users—many of them in the UK—I needed to be compatible, so I jumped on the Emagic bandwagon. I do work in Pro Tools but I know Logic really well so it’s a really comfortable way for me to work. I almost exclusively use third-party plug-ins : Universal Audio, Slate Digital, Flux, FabFIlter— and there’s the a new compressor from Audified called the u73b that sounds really good. Being a singer I’m very particular of how compressors affect vocals. I like simplicity rather than lots of hidden menus (within plugins). I use Waves stuff as well but If I do use any Logic plug-ins it would probably be the EQ just because it’s so quick to grab.

Ask: You mentioned the Audified u73b and there’s a new version out—can you tell us what you thought of it?

It sounds ridiculously good. I’m one of these guys who likes two compressor—one after the other—on vocals because I want it to be really present. So I’ll knock the peaks off using the first one and then the second will just kind of smooth everything out. But even if I’m not stacking compressors, there’s something about the u73b that just gives it a kind of creaminess, and it doesn’t lose any of the beauty in the top end— with just a single instance. It sounds full without being heavy: it’s also great on bass guitar and drums. I love compressors and I really dig this one.

Ask: You’re working on lots of projects—can you tell us about Rocktopia?

The reason I wanted to be involved in this is that I’d spent the last ten years in the theatre world and I wanted to refocus my career on music exclusively. It takes some ridiculously beautiful classic rock songs from Pink Floyd, Queen and Led Zeppelin and not only puts them with a huge orchestra and full arrangements but also combines with some really gorgeous classical pieces from composers like Mozart and Tchaikovsky and melds them together in a really unique way. It’s never been done before and it’s sonically amazing. 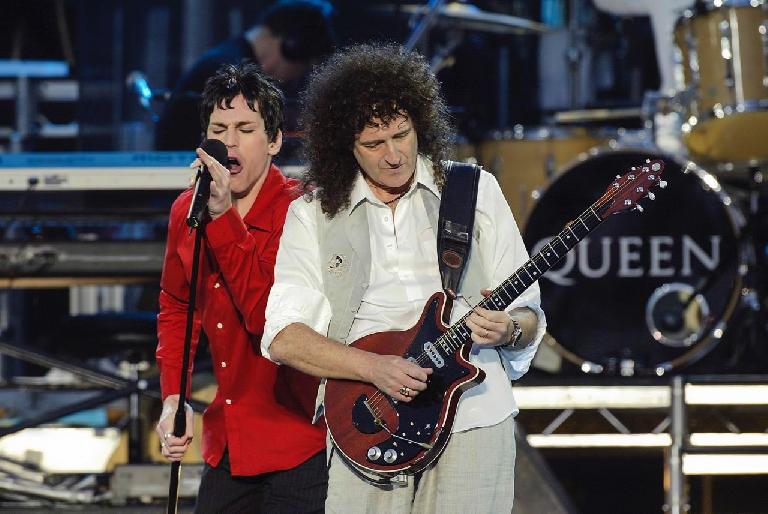 Ask: Has it been performed yet?

We went this past May to Budapest and did two concerts there and shot a PBS special that will be shown during the holiday months this year. There will be a CD and DVD release too. The show looks like it’s heading for a tour starting in the spring of 2017. As far as I know understand, that will most likely be Europe-based initially.

Ask: Can you tell us about the Best of Bowie project?

There’s a guy who has been doing these symphonic rock shows for about 13 years. He’ll take a band that’s had a huge number of hits and take their biggest 17 songs and re-orchestrate them with a 60+ piece orchestra and a 5-piece rock band. What we do is present these classic rock songs in a much more grandiose way— yet still remain true to the material/songs, and I’m in charge of the Bowie show. Because David Bowie was such a big influence on my own music, it’s a huge privilege to get to sing this catalogue of his music. We’ve done 9 or 10 shows already and we’re scheduled to go into next year. We’d love to bring it to the UK. I lived in London for a couple of years when I was working on a Queen show and I look for every opportunity to return.

Ask: Are there any other projects you’re working on at the moment?

I’ve spent the last two months completely redoing my home studio with proper acoustic treatments and a new desk built buy a company called Zaor—that’s a furniture desk, not a mixer. I’m so fortunate to have a comfortable space to work in New York City. Black Lion Audio refurbished some of my gear, so I can finally hear things as they are supposed to sound. 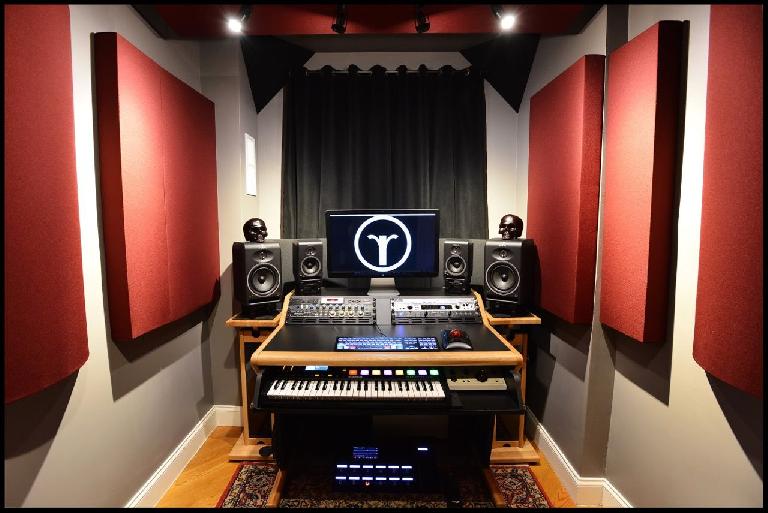 Ask: Cool. Are there any tips you can share for people who want to break into production, performance or songwriting?

When you’re just starting out, I’d encourage people to use any venue or experience they can to be a better performer—both good and bad experiences. So even just singing backing vocals, with a really gifted lead performer, can teach you a lot if you watch how they do it. Rent videos of artists that you love and see what they do in a live situation. With huge artists, it’s beyond just having a great voice. There’s more to it and you can pick up on that, so surround yourself with better performers than you are, and learn from them. Treat what you do with respect and always challenge yourself to be better. Your body with respect because you have to be in great shape! If you take your career seriously you need to take your health seriously too.

Find out more about the Audified U73b Compressor/Limiter plugin (on sale until 6th November!) here.