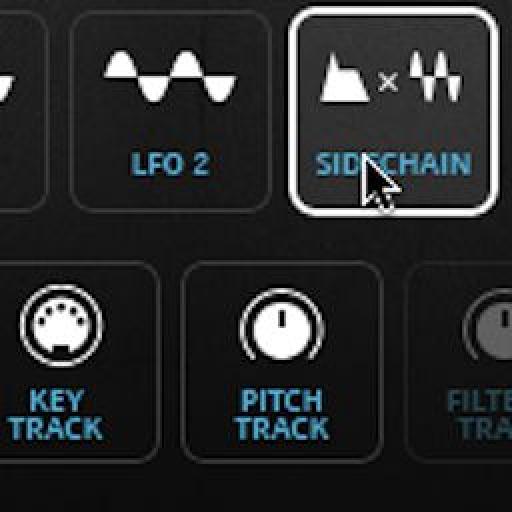 Razor is a monster for modulation madness. Seriously, they thought of everything, in terms of the tiniest little nuances that can become modulation sources.

For example: The Echo function that is available on each filter can be a modulation source, in the form of Echo Steps. And, boy, let me tell you, there is some madness that you can create with that one! Believe it or not though, I'm here today to talk about the unique form of modulator made possible through the Razor, known as the Sidechain.

I think it's the name, most of all, that confuses people in terms of what this actually is. After all, in most DAWs and plug-ins that are available, side-chaining is where you take an outside source, and then modulate a parameter inside the instrument, or device in question. This works a little differently within the Razor. Yes, you are modulating one part of the Razor with another, but it's all internal. In fact, the only external activity that you can bring in would be no-brainers, like key scaling, mod wheel, velocity. Essentially, modulators directly affected by your physical, MIDI input via MIDI controller.

Even though this isn't the normal side-chaining that you're used to, don't think that it's any less powerful. In fact, dedicated, internal side-chaining is what makes the Razor so powerful, and in this article, I'd like to show you how to use it, by giving you just one side-chaining scenario.

To give ourselves a clean work environment with the Razor, choose the INIT patch from the Errorsmith patches that are included with the Razor. 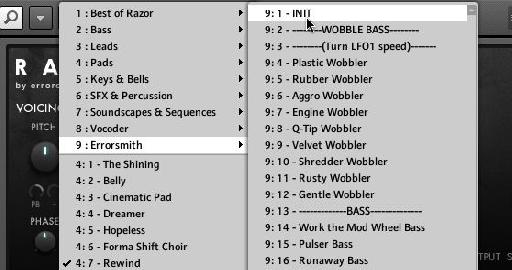 Starting from an initialized patch is extremely helpful for learning a synthesizer and creating your own patches, as you aren't having to undo previous modulation routings, zero knobs, etc. Everything is freshly zeroed, and you can instantly start tweaking.

If you look in the lower, right hand corner of the Razor, you'll locate the Sidechain section. A mysterious, little box that people generally think is '