The sounds on the Community Drive sound pack are free, but donations to Girls Make Beats can be made via GoFundMe HERE.

This year the free expansion pack supports Girls Make Beats, a non-profit aimed at elevating and empowering girls by expanding the female presence of music producers across the audio engineering, DJing, and production spaces. Native Instruments has announced a $30,000 donation to the organization, which works with girls aged 5-17 and was founded in 2012 by certified audio engineer, Tiffany Miranda.

Just 2% of music producers and 3% of audio engineers on the Billboard Hot 100 charts are female, according to a study by USC Annenberg. Girls Make Beats is dedicated to creating real-world opportunities to break barriers in the music industry. The organization provides courses on industry-leading hardware and software, and hosts educational seminars, summer camps, industry panels and networking events.

Community Drive is returning after a successful 2020 campaign that raised over $150,000 for charities like Musicians Without Borders, the Grammy MusiCares fund, Black Trans Femmes in the Arts, and more, while collaborating with world-class artists like Sia and Just Blaze.

Says Native Instruments CEO Constantin Koehncke: “After raising over $150k for charity last year, we're thrilled to kick off another Community Drive. This year, we are proud to partner with Girls Make Beats, whose mission it is to empower young female creators in an unfortunately still very male-dominated music production world. Our team is so thankful for all the amazing artists that graciously bestowed us with their sounds, samples and presets – we’re looking forward to hearing what producers will create with this pack!”

“We are super excited with Community Drive! As a producer myself, I have been using NI for years and have been a huge fan. For the girls [affiliated with Girls Make Beats] it’s an incredible opportunity to have a platform where they can share their sounds and for our organisation to be amplified. We have been really passionate about putting girls at the forefront, and making sure that other girls see their achievements front and centre. The overall goal of Girls Make Beats is to tie their education and learning to real-world opportunities. I wanted to create an avenue for girls to have access to these fields without facing the challenges I faced, and I'm sure a lot of women in the industry have faced. I am super passionate about the work we do and really passionate about putting girls at the forefront of music technology.” Tiffany Miranda, founder of Girls Make Beats

“I’ve created some fun presets for Monark, Massive and FM8, they’re lush, they’re smooth, and will bring out some funky heavy vibes,” says Saltyyyy V. “To me it's really important for women to support and inspire each other, but also to make music production accessible to everyone. So make sure to check it out, donate if you can, be creative, and have some fun!”

Learn to Design Massive sounds in this Massive X Course 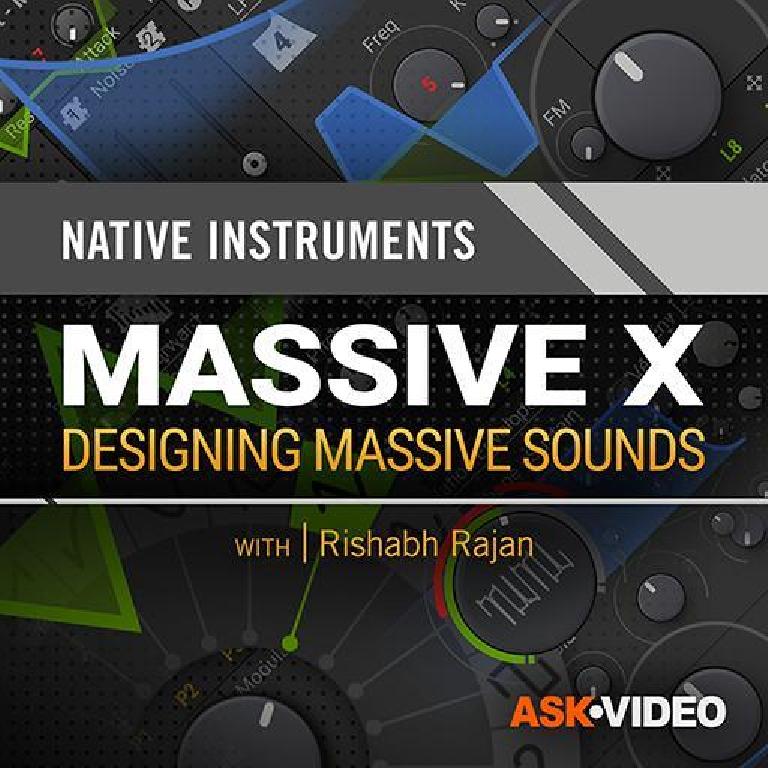 Learn how to design your own patches with this AskVideo Massive X course.

An investment in the next generation

Miss Tahloulah May says “This year's Community Drive is an investment in the next generation. So I had to be a part of this. I love that because they empower women, girls, by enhancing the female presence in the musical industry.”

“I really wanted to be a part of the Community Drive this year because Girls Make Beats is a really good organisation with a really important ethos,” says North London producer Wize. “There’s a lot of female producers and DJs out there that don't get the love that they deserve, and there's a lot of gender bias in this game and we need to get rid of that asap. I'm really appreciative of all the stuff they've been doing in the community.”

Donate to the Girls Make Beats foundation via GoFundMe: https://www.gofundme.com/f/community-drive-girls-make-beats

Learn how to use Native Instruments products at Ask.Video: https://ask.video/library/application/nativeinstruments