Language
If 3D audio is the next step for music consumers and producers then Waves Audio have jumped ahead with NX Head Tracker and NX Virtual Mix Room. Matt Vanacoro explores all the dimensions in our review.

The Waves NX Head Tracker is a physical device that attaches to your headphones to allow for a slew of immersive options when using cans to monitor. While the focus of the experience currently resides in the NX Virtual Mix Room technology, the Head Tracker itself and its accompanying software will see evolutions into a platform with a myriad of consumer and professional uses.

NX Virtual Mix Room already functions on its own, using a webcam to track your head movements, but lighting conditions, camera resolution, and just the general shape of one’s head can make the software less than accurate. The NX Head Tracker device renders that problem obsolete, and allows you complete freedom to move your head in 360 degrees with no latency and astonishing accuracy. 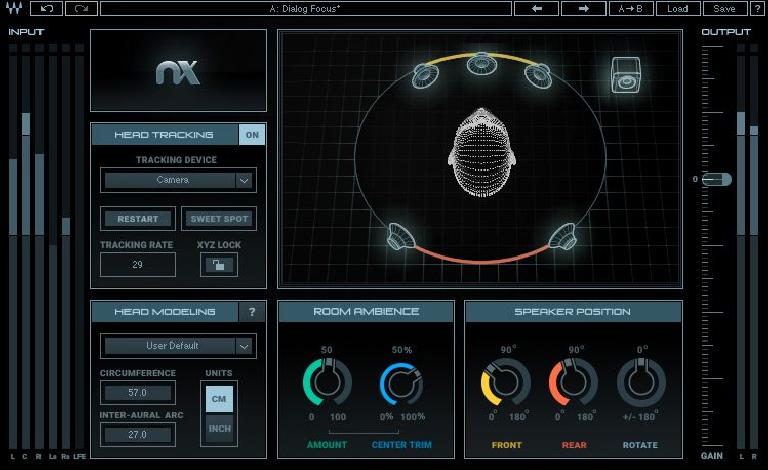 The NX Head Tracker is a fairly unobtrusive piece of hardware. It’s a few inches wide and has an attached locking rubber strap that secures the device to the top of your headphones. It’s extremely light, and doesn't add any unwanted physical experience to the headphones themselves. I used the NX with several pairs of headphones and didn’t even notice the device physically when the headphones were on my head.

The NX Head Tracker connects with Bluetooth 4, so the power consumption is minimal. You can be up to 20 feet from your computer depending on obstructions and interference. You pair it up, pop the accompanying plugin at the end of your mix’s plugin chain or at the end of a monitor bus and away you go. 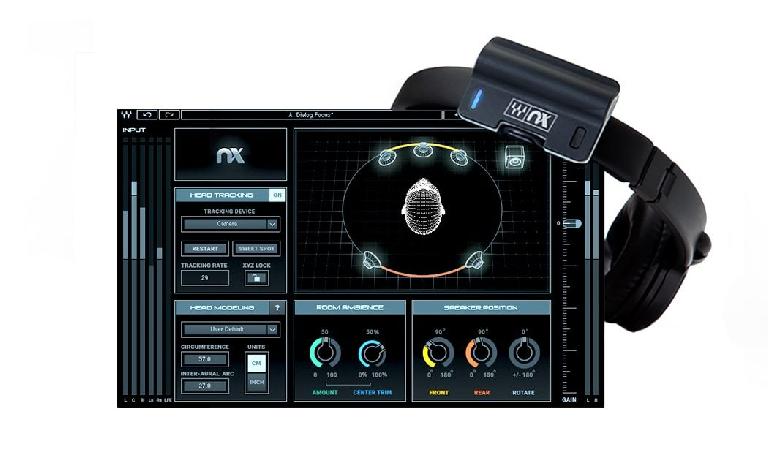 We’ve already covered the Virtual Mix Room software, so I won’t completely rehash that here. Suffice to say, if you haven’t checked out Virtual Mix Room yet—you definitely owe it to yourself to take it for a spin. It can make a game-changing difference if you find yourself having to mix on headphones. VMR can even amp up the performance of a vocalist by making them feel like they are standing in the room with the band when listening to their monitoring mix.

If you’ve used a VR headset with 3D audio before for recreation then you know what I’m talking about. Imagine the guitarist to your right, then you turn your head a bit, and now the guitarist is right in front of you. While you don’t turn your head much while tracking, of course, even a slight movement creates a sense of realism that can absolutely put you more ‘in the moment’. Whether you’re a performer, a mix engineer, or both, 3D audio definitely has its place and is worth checking out. I found myself taking my headphones off constantly, in a bit of disbelief that the sound I was hearing wasn’t playing ‘out loud’.

Obviously if the plugin already works with the camera, one must ask, ‘Why would I get the device?’ There is actually quite a long list of reasons. You aren’t tethered to sitting in perfect view of a webcam, for one. The CPU consumption is significantly reduced due to the fact that the tracking is taking place in the device instead of on your computer with a webcam. You can rotate up to 360 degrees rather than the much narrower 60 degree field of view of a webcam. The tracking speed is nearly double and much more fluid. Finally, multiple users are on the horizon in a future update.

Waves promises that future apps and updates will bring more functionality to the head tracker. The standalone NX 3D audio software is yet unreleased, and the whole consumer level of ‘movies, music, and games’ is yet to be seen. From an audio pro standpoint, however, the Virtual Mix Room is a proven win, and the head-tracking unit is priced right to allow for any studio to pick one up and benefit from 3D audio. I enjoyed the VMR and Head Tracker most wearing my ‘overdubbing musician hat’—I truly felt in the middle of my band while laying down some parts. I’m excited to see where Waves goes with this, but at the current price point it’s already a good value.

Pros: Virtual Mix Room is the ‘real deal’, long battery life, simple to use and pair, unobtrusive design, delivers on all promises of being an ‘upgrade’ from the camera tracking, exciting future consumer prospects.

Cons: None really, I’m excited to see where they go with this, the NX standalone software isn’t available at the time of this writing.

comatose hooligan
This is so intriguing. I waited and finally pulled the trigger on the bundle for just $69 thru Waves. ($15 shipping for that little head tracker-ridiculous.) I already use my Sennheoser HD600s a lot when I mix. Although I thought them dull and rather flat for a long time, I find they tell the truth about my mixes and together with my Event Opals, I can interpolate a mix that translates well. I figured this setup with only augment that process. Looking forward to playing around with it soon.