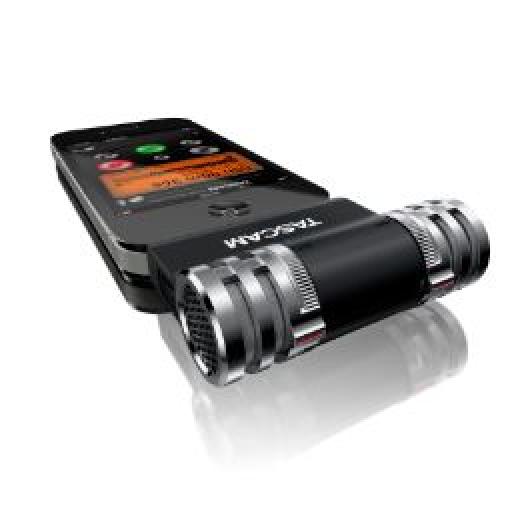 Language
Having released many successful digital field recorders and an iPad app (Portastudio), it comes as no surprise that Tascam has created a stereo condenser mic for iOS devices with a free app, too.

Tascam, renowned for their professional recording products which include a range of well-respected portable digital recorders, has introduced the iM2: a stereo condenser microphone that turns your iPhone, iPod or iPad into a handheld recording device.

The iM2 has a plastic body and therefore is perhaps surprisingly light in weight, but seems well constructed. It features two small diaphragm condenser microphones (as found on Tascam's DR series recorders) each with a cardioid polar response pattern which can be rotated through 180Â°. The unit also features a recording level control, a limiter switch and a mini USB socket. 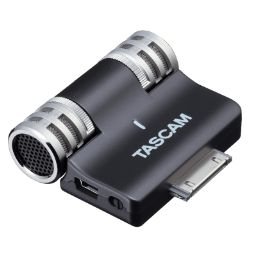 The design of the iM2 is such that it sits flush to the back of your iOS device, so that while that device is lying down on the desk the iM2 puts no strain on the dock connector. The rotation of the mics makes it easy to point them at your source when in this position. There may be an issue with some cases and bumpers however, which could prevent the iM2 from being fully inserted and therefore not connected. The USB socket will prove useful in situations where you need to supply power to the host device while recording. For this you will need a compatible cable (not supplied), and it should be noted that it is a power inlet only (audio cannot be transferred from the device using this socket).

Tascam itself has produced an app (Tascam PCM Recorder) which is available on the App Store. Although the App Store lists an iPhone and iPad version, the app only makes use of half the screen on the iPad, and cannot be doubled in size (unlike a true iPhone app), so the buttons and legending remain quite fiddly and hard to read for iPad users. Tascam is by no means alone in not utilizing the available screen on the iPad. Come on developers, bigger buttons, please!

The app has quite a few features in addition to the basic level and limiter switch available on the device itself. Using the app you can swap the left and right channels, activate a low pass filter (useful for removing rumble from desktop recordings), adjust the low and high EQ, change the recording level and activate the limiter. 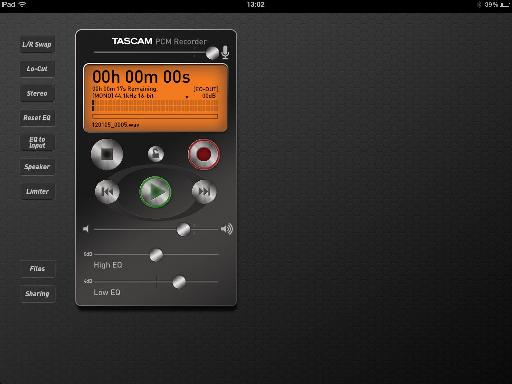 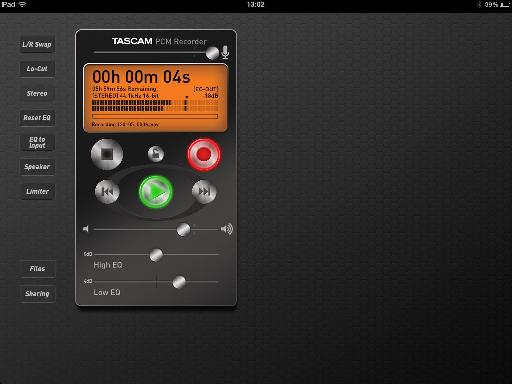 Recording with the PCM Recorder app

The app also allows you to load previous recordings for playback and upload files to SoundCloud. It is disappointing to note that there is no other way to share the files apart from syncing to iTunes on a Mac. There is no e-mail facility or DropBox integration, for example. Perhaps an update to the software will address this? An alternative is to use the iM2 with a more fully-featured audio recorder/editor such as TwistedWave. 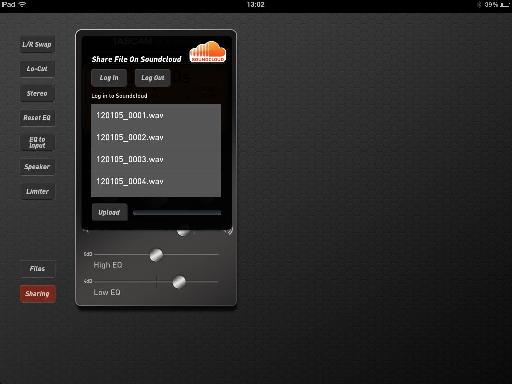 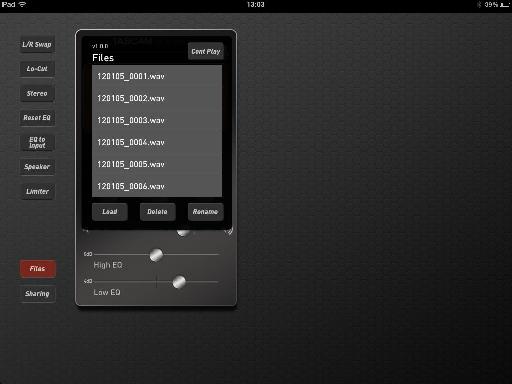 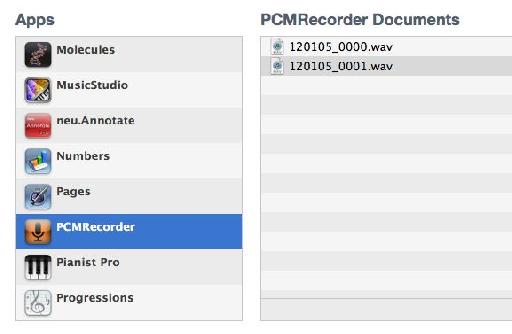 Sync files via iTunes on a Mac

Be aware that your iOS device treats the iM2 as an audio interface. This means that you can't hear anything playing back with the iM2 connected. It also means that you will never get accidental feedback when recording! The recorded sound (not surprisingly) is of a much higher quality than that captured by the built-in microphone on your iOS device, and it captures audio in 16-bit 44.1 kHz PCM .wav format. This is partly due to the quality of the microphones, and partly down to the onboard analog to digital conversion circuitry. The lack of hiss is immediately apparent! What is surprising is that the iM2 is less sensitive than the built-in microphone at most distances, although it is a lot more directional, which will help recording interviews in noisy situations, where the built-in microphone will be swamped by background noise. The flip side of this is that the iM2 can record up to 125 dB SPL without distortion!

The iM2 will make a useful addition to an iOS device if you wish to capture directional stereo recording in native PCM format. It may however be more suited to location performance capture rather than turning your iPhone into the perfect journalist's Dictaphone. The app would be a lot more useful with more sharing features, but it is free and there are of course plenty of alternatives on the App Store!

Find out more about the Tascam iM2 here.