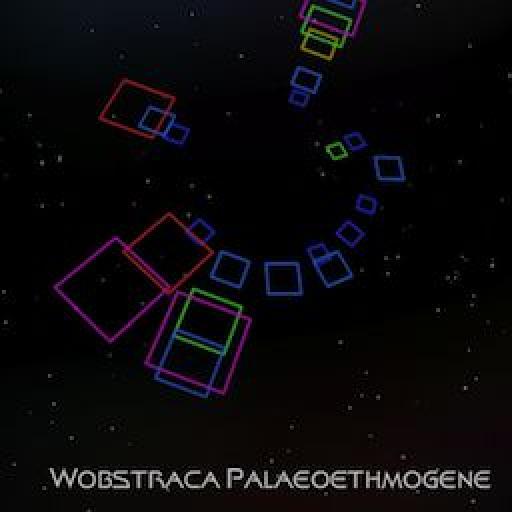 Review: Patternarium by Sonic Charge: How Your Vote Can Change Beats Around The World

Language
Evolution is a controversial subject at best, and its premise has sparked debate since inception. However, its theory has been beneficial for technology in major ways.

Evolution is a controversial subject at best, and its premise has sparked debate since inception. However, its theory has been beneficial for technology in major ways. In the last several years a few music programmers have gravitated toward the idea of having computers design music on their own. It is to some degree the theory of evolution that has paved the way for this most incredible rise in computer music consciousness. And what a wonderful way for the computer to start its rise to awareness. It's not becoming sentient through a chess game, it's taking place through art. Perhaps, with the computer becoming sentient through the 'feeling' arts, it will be more sensitive when it takes over the world?

One amazing example of the computer's sentience in motion would be the inspirational Patternarium. In fact, the Patternarium gives you the ability to use artificial intelligence to your advantage. It will make not only drum loops, but also drum kits for you, too!

So, what is the Patternarium? Basically, a while back, the geniuses over at Sonic Charge chose several drum patterns. Then, they directed their servers to take this batch of loops and have them mate, and continue to generate new offsprings in the form of new beats. Like all offsprings, the newly generated beats would bear a resemblance to their parents. But, at the same time, the beats would be new, and different.

There was a catch for the poor beats, though: not only would they be publicly exploited by musicians online, but visitors would be able to vote whether the beats (loops, etc.) would be worthy. Through the votes, the servers would determine which of the more popular loops would reproduce and have children... Weird, right?

How do you use the Patternarium? 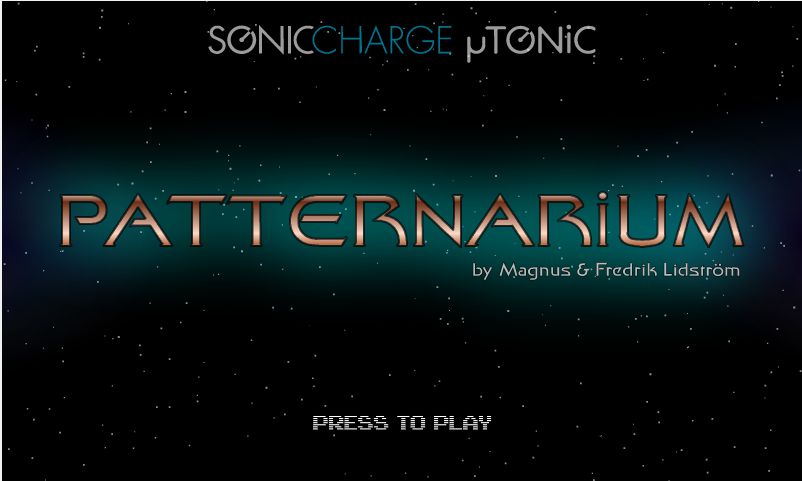 Simply go to the Patternarium, and click “Press to Play”. A drum beat will play. At the bottom of the screen, you'll see a thumb up and thumb down. When you're ready to go to the next or previous beat, press the right or left arrows. 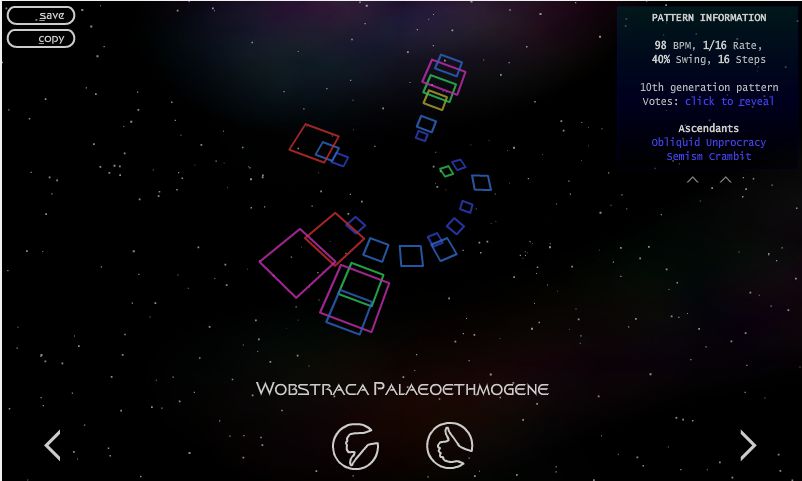 If you decide you like the beat, press the save or copy button. The Save button puts the drum loop file (including instructions for µTonic (MicroTonic) on your desktop, while the Copy button allows you to copy the loop and sound instructions in to MicroTonic.

Now, what if you don't have MicroTonic? Well, you could use applications like Audio Hijack to copy it in to a wave file. However, I'd recommend downloading the free demo of Microtonic and trying it out first hand. The demo does not prevent you from trying out loops that you collect from the Patternarium at all! You can always render loops later if you want to! Then, when you're ready, pick up MicroTonic. If you don't know what MicroTonic is, find out more in this article!

Bottom line: You don't need to buy anything to enjoy the Patternarium. It's an amazing generative fountain of coolness that is merely a signpost along the road towards the future, and what it has in store. For that reason alone, you should get over there and vote!