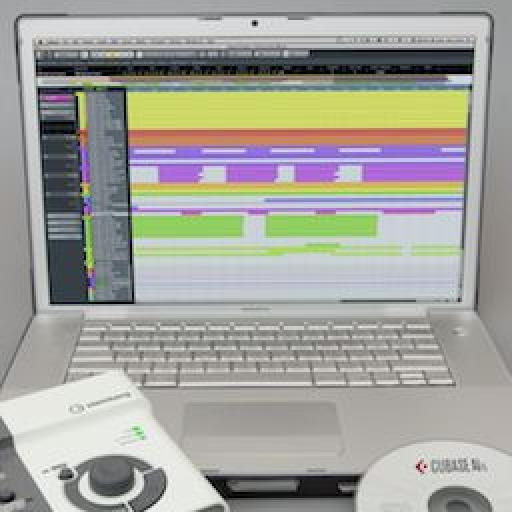 If you're like me, you use a DAW (Digital Audio Workstation) program to record your music. And like me, you occasionally visit various forums and blogs to aid with troubleshooting or operational support of your DAW. And if you do, I'm sure you've come across the oft-posted thread wherein someone opines that the DAW program you're using “sucks!”

For me, I'm a big fan of the Steinberg program Cubase. Therefore, I'm always amused when I see someone post, “Cubase sucks!” Well, if it does, why is it the most popular DAW on the planet? Artists like Paul McCartney, Stevie Wonder, Accept, Erran Baron Cohen, Hans Zimmer, Kraftwerk, Meshuggah, and countless others rely on Cubase (and its post-production variant, Nuendo) to produce their creative endeavors. So I'm here to tell you: If Cubase sucks, then Pro Tools, Studio One, Reaper, Logic, Sonar, DP, Live, Reason, et al, also suck. That is, unless you add the magic ingredient. (If I've piqued your interest, read on.) 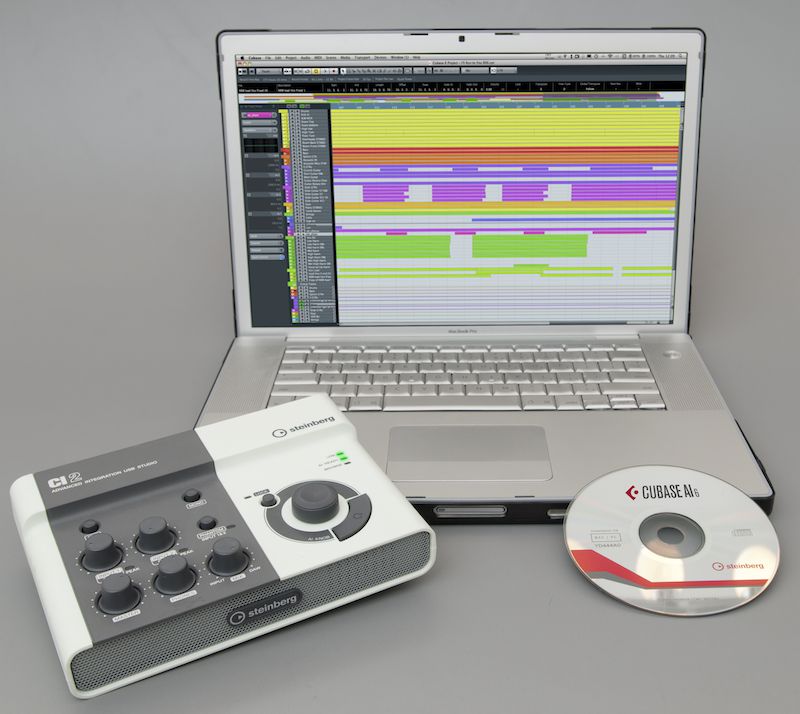 Cubase is an extremely popular and capable DAW, but does it prove that a bad workman blames his tools?

Back in 1999 I was working for Alesis during the heydays of the ADAT. I had the great fortune to present an ADAT clinic with multi-Grammy winning producer, Francis Buckley (Alanis Morrisette, Quincy Jones, LL Cool J, Aerosmith, etc.). He was demonstrating the ADAT M20 to an audience of 400 on a balmy Albuquerque evening. He was in the middle of describing how the ADAT (at that time) made his workflow easier and his productions sound better, when suddenly someone stood up and shouted, “Hey man, I've listened to that ADAT and I think it sounds like s#&t!”  Francis, being the consummate professional that he is, calmly and thoughtfully replied, “You know what? You're right. The ADAT does sound like s#&t. So does the (Tascam) DA-88, a Studer 2-inch 16-track, Pro Tools; they all sound like s#&t. That is, until you record a good song on one.” As the stunned crowd applauded and Mr. Bad Manners sheepishly sat down, I committed the experience to memory so that I could fully analyze the wisdom of Francis' profound statement.

Does an ADAT make a good song sound better or not?

The fact is people like music for the music rather than the technology used to create it. For example, Phil Spector's 'Wall of Sound' recordings (The Ronettes, The Crystals, Ike and Tina Turner, etc.) were produced on (Ampex 300 and 350) 3-track open-reel recorders and usually in mono. Most of The Beatles later recordings were done on 4-track open-reel decks. The Bruce Springsteen hit record Nebraska was recorded by Bruce alone in his house on a (Tascam Portastudio) 4-track cassette recorder. Now I'll be the first to admit that in the time it has taken to write this article, those artists, along with those in today's Billboard Top 10 charts and recorded using contemporary DAW technology, will have sold more records than I will in my lifetime. I'm not happy about that. That's simply reality. If your reality is weighted towards the 'units sold' category, then I'm jealous.

Now I'd like you to indulge me in this experiment: Take a moment and think about a popular song or tune that you truly don't like. I mean the one that makes you cringe while you frantically reach to change the channel or hit the 'skip' button. (Not to insult the composer nor his success but, for me I'm thinking of Margaritaville by Jimmy Buffet.) Are you thinking of that song? Do you hear it in your head? Do you hate me for doing this to you yet?

Well let's say you found out that song, the one you passionately detest, was recorded on your favorite DAW recording software or recording technology. Now do you like it? Is it suddenly more pleasing to listen to? Do you become rapturous as the sound tickles your eardrums? Because I'm absolutely certain that your opinion of the song has not changed. It still sucks, right? Well that's my point: How a song was recorded or what it was recorded on makes little difference to you or me and certainly won't make any difference to the person who does like the song. The magic ingredient I mentioned before is (using the DAW of your choice, insert drum roll here) a good song. Plus, it's important to remember that even though you might be the only one who likes it, that's enough to qualify it as a good song.

So like a lot of people, I use Cubase and get a lot done with it. For me, I make a living producing, mixing, and mastering music as well as writing books and making tutorial videos on Cubase. There are a lot of other artists making hit records using Cubase. At the same time, there are a myriad of other great programs and recording technologies that allow all of us to manifest our musical creativity. Instead of saying 'Cubase is great and all others suck', I prefer to realize that there are many paths to audio nirvana. We are lucky and spoiled rotten to live in a time when the recording studio exists in our laptops, where creativity is not stifled by the lack of affordable recording facilities, and when the Internet allows us to share our art with the world and bypass record company executives. These are magical times, so keep the music flowing, for it, unlike the technology, is what matters.

Now if you'll excuse me, Margaritaville just came on the radio and I don't care if it was recorded on Cubase, Pro Tools, a Studer or what have you, I'm changing the channel.

B.J
Exactly. There's also nothing wrong with using multiple DAWs if you're so inclined.

Unfortunately I've been put off so much by this type of behavior that I've started to post far less at certain forums or avoid others completely, even though I've never had anyone say anything about my DAW of choice directly. The pretension just saps the fun out of forums for me and after having to prod through fights about DAWs or operating systems, I just end up doing something else more constructive. It's obnoxious and shows a lack of experience in my opinion, especially when most people, let alone most of the naysayers, likely don't even exhaust all of the capabilities of current DAWs anyway.

I think it's only the uninspired who would condemn a tool or embrace one as their boldest artistic statement, solely to conform to an technical group or brand. I mean, they are but tools and though the stability and workflow of your tools does impact you, it is by far the most subjective and utilitarian factor when you're being creative.

MattLTH
@B.J.: I wholeheartedly agree. It IS draining to get caught up in threads that equate to food-fights, the partaking in of which does diminish both the involvement and the enjoyment that forums can provide in abundance.

@Scott S.: Yes, you're right. Back when I was selling recording gear, I would regularly encounter the guy who bought item after item until he had a fully-stocked studio...and that look of terror in his eyes when he realized, "Crap, now I have everything, so I'm out of excuses for why I'm not recording." It's that kind of guy who is generally more boisterous about what gear sucks and doesn't suck.
Scott S.
Thank you Matthew for cutting through the noise. :) Ultimately, I have only one goal in mind when I make music--to make music that someone (anyone) will want to listen to. I use every tool in my arsenal to realize that goal because in the end, the (average) listener won't care how I did it. All they'll care about is whether they like it or not.

I'm a Cubase user as well (not a lover or a hater... just a user :). I admit I get curious about the workflow of other DAWs, but I'd ultimately rather take the time to learn what I have and make music, rather than pine for what I don't have and never get anything done.

Thanks for your great tutorials--as YOU are the one who taught me the basics of Cubase.
Touche'. I use Cubase and Logic and find them equally pleasing and easy to use. I wish more self-proclaimed 'recording artists' in this digital world would realize that 'poor tone in' results in 'poor tone out'. And, that a horrible song recorded on the most expensive, highest quality gear just results in a high fidelity version of the same crappy, horrible song.
Gary Hiebner
Excellent article Matt, couldn't agree more.

Different DAWs do give way for different workflow methods.

But one isn't a better 'songwriter' than the other.

In the end it does come down to the song.

As far as I'm concerned, the quality of the song is not relevant regarding what I think of a particular company's program. For example, I started off with Cubasis on a Mac, and it was very buggy, wouldn't do some very basic things it was supposed to do. I later tried a later version on the Mac, and it, too, was very buggy. These experiences were so inspiration-killing, that I've never bothered with the follow-ups from Steinberg. The most important thing for me is whether the program works as advertised, and, if it doesn't, the company rectifies the situation. Now, all programs (so I've read), have their quirks and ideosyncracies, but if a program just won't work, even though the hardware and OS are correctly configured, then it, as the saying goes, 'sucks.'

Hollin
Nice to see some love for Cubase on the Mac. People are amazed to learn that there's a Mac version... not sure why!
Peter Schwartz
At first I used to think that at the root of this kind of "____ sucks" chatter was naivete, and nothing more; people regurgitating marketing slogans like "industry standard" when it comes to PT, others getting defensive about Apple in threads where discussions about demonstrable bugs in Logic were characterized as "Apple bashing". But then again, I've also seen hardcore professionals defend the merits of their DAW of choice in unrelenting, black and white terms which smack more of fanaticism than reason (no pun intended). Ultimately, who cares which DAW you use, or which one I use? Sure, it's a darn good question to ask when getting into a collaborative situation, but to question the merits of other people's choices online smells suspiciously of an excuse to have an argument more than anything else. Ultimately, when it comes to DAWs, there is no inherent good and bad. And certainly there is no inherent "best or worst" other than whichever one (if not several) are suitable towards one's creative needs. That makes them all "different", and different doesn't equal "sucks".
ramshackle
Great one Matt! I love the comment about the guy who has finally assembled the 'perfect studio' and then sheepishly realizes that he's got no more excuses...

I have used Cubase on Macs happily since Cubase 5 and before that on Windows with 4. I suppose that once invested in a workflow and legacy issues (plugs etc), it makes little sense for many to change what they're comfortable with. Switching campaigns are probably ineffective for this reason.
For me, I also feel that in almost every area of comparison with other DAWs, I'm lucky enough to have made the best possible all-round choice ;-)