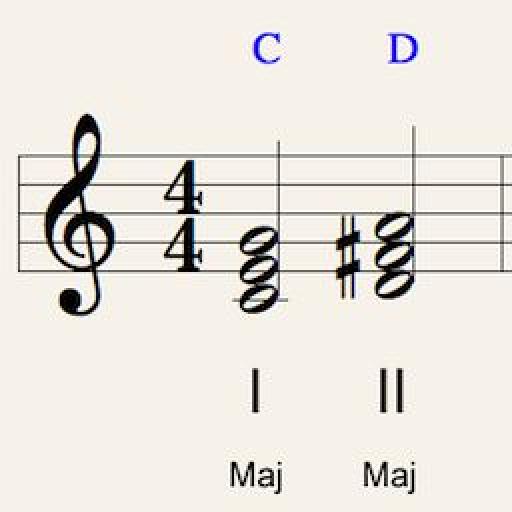 Language
In this short MPV Hub series, Toby Pitman explores how the best Hollywood composers convey emotion in their musical scores. Part 1 (of 3), focuses in on the Lydian scale.

I thought it might be fun to explore some compositional tools that are used to convey ideas and emotions when writing music for picture or just in general. There is a scale or chord for pretty much every emotion we feel and composers rely heavily on these tools to get you to invest emotionally with what you see on screen.

Knowing about scales (and there's lots of them) and which ones are useful for certain emotional tasks is an important part of any composers toolkit. Knowing which scale does what can be a useful starting point for a composition. You may only touch on a particular scale for a moment but it can have a great effect when altering the listeners emotional state. There are a few useful and intense scales that don't see much daylight in modern popular music but are heavy hitters in the world of music to picture.

Let's start with a simple scale that you'll hear a lot in film music... the Lydian scale.

The F becomes F#. Even though it's only one note this has quite a profound effect on the scale mainly because F# is a tritone (or b5/#4) away from C. Harmonically this interval is very dense and is sometimes known as the '˜Devil's Interval'. At one point in history it was a punishable offense to compose anything using this interval as people thought it summoned dark forces!

Considering the Lydian scale contains this interval it is anything but ominous. In fact, the scale has a very calming and contemplative sound.

Most importantly raising the fourth alters the harmonic structure of the chords generated by the scale. For instance, here are the triads generated by C Major.

You can see we now have a totally new set of triads to play with. Just changing that one note has totally rearranged the harmonic structure. Probably the most important change is that the II chord is now Major and contains the #4. This is the sound that gets played on the most. Generally speaking if you want to highlight the Lydian sound you should be aiming to target triads that contain this #4, like the D Maj, F# dim and B min triads.

Like most modal sounds the effect of the scale is often intensified by playing it over some sort of root note drone and the Lydian scale is a great example of one of these scales.

If I play this scale with some orchestral sounds over a root note drone you can start to hear the tonality of the scale.

If I add a 3rd harmony to the scale you can really start to hear the effect.

Here is a quick example of the scale in a typical musical setting. It's a simple progression using the first two triads of the scale (a C Maj to D maj change) over a low C. You should immediately recognize the context in which the scale gets utilized.

Basically, in a compositional setting, the Lydian scale is very effective at provoking a sense of wonderment. Other words you could use to describe it might be ethereal, unworldly, majestic, celestial etc. That's why you'll hear this scale used in anything that has to do with space!!

Take James Horner's opening theme to Deep Impact. The majestic horn line uses the Lydian scale to great effect for conjuring up that sense of wonderment that can only happen when contemplating the vastness of space! (Steady on Tob!!)

John Williams masterpiece that is the theme to ET (the story of a benevolent alien) is littered with Lydian tonality. You can hear this in effect in the second phrase of the main melody at 0:19.

The second time round at 0:38 listen to how the woodwinds add the Lydian flavor to the one chord which was straight major the first time round. Genius! You can find the use of the Lydian scale in a lot of Williams' work. Listen to the end credits of Jurassic Park.

Alan Silvestri's main theme to Back To the Future also relies heavily on the Lydian scale to add some majesty and gravitas to the theme! 0:28.

Of course it's not all space and sci-fi for the Lydian scale. Below is one of the most recognizable pieces of music in the world, Danny Elfman's theme to The Simpsons. The whole thing is Lydian modulated to different keys. In this context the scale takes on a rather quirky, playful sound helped along by the percussive instrumentation and fast paced runs.

If you want to experiment with the Lydian scale in a contemporary context then by all means go for it. If you want a good example of an artist who has taken the Lydian scale and made it their own then look no further than Icelandic superstar Bjork. Since her first recordings with the Sugarcubes, Bjork has shown a strong connection with this scale. It's kind of unmistakably synonymous with her sound.

The song '˜Aeroplane'˜ from her first solo album '˜Debut' is a great example of the way Bjork uses the Lydian scale in her melodies.

The guitar world is no stranger to this scale either being adopted by players like Frank Zappa, Steve Vai and Joe Satriani as a platform for both composition and improvisation.

Take this guitar tour de force from Steve Vai's Passion and Warfare album. Most of the piece is Lydian and unmistakably Vai! There's many other interesting scales at work in this piece too and it's hard to believe the whole piece is played over just one bass note. The textures shift from being quite serene to fairly menacing.

So that's it for now. See you in the next part!

Rory
Great article. Look forward to more of these :)
Ezzycam
Very nice! So informative.
skipstream
You should consider doing so longer tutorials on getting the hollywood sound and melodies, counterpoint, chords, etc etc

Hamish H
Have you checked out the music that accompanies the Columbia Pictures opening titles?

Thanks to you Toby I can now see where they got their inspiration!

fredwardo
This is awesome! I'm gonna have some fun with this. Thanks Toby!
qknegra
Great article!! Really helpful and illuminating. Thanx
Santiago Pigmalin
Amazing article! Since I met Joe Satriani and Steve Vai, I began to feel interest in modes, specially the Lydian mode.

I love the story of them and I have investigate a little bit. Here it is a little brief:

They really have their origin in India. Pythagoras through Aristoxenes incorporated them to the greek music and in the middle age someone made a mistake and mixed their names.

At the baroque period, Andreas Weckmeister suggested that there were only two that were interesting: the ionian or the perfect mode (major scale) and the aeolian or imperfect mode (minor scale).

Since then there were no too much evidence of them until one of Beethoven's composition in F Lydian.

Debussy and Falla were some of the ones who brought back the modes at the time that they began to be used in flamenco music.

Then Miles Davis incorporated them to jazz and rock.

I hope you feel this interesting! :D

I use to incorporate Lydian and other modes in my compositions. You can check out my music at Soundcloud and Youtube looking for Santiago PigmaliÃ³n.