Music Maker is the entry level DAW from Magix for PCs. With a variety of options and packages on offer, Hollin Jones discovered what it brings to the party.

We spend a lot of time focusing on high end, complex DAWs but there are of course musicians who, for many possible reasons, want something more simple. At the introductory end of the Magix product family is Music Maker, a Windows-only package with a range of options depending on your needs. The base version is actually free to download and use, with the promise that it will receive the same fixes and updates as the paid version. 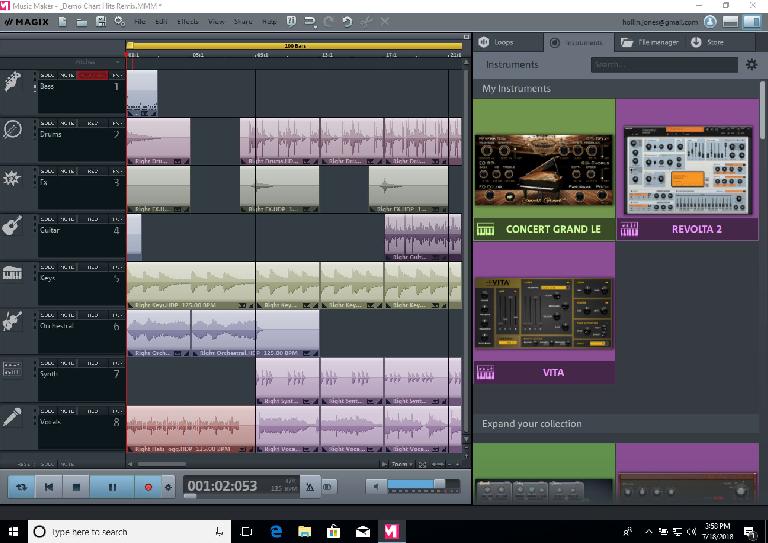 We reviewed Music Maker 2019 Premium Edition which is the biggest software-only deal - two ‘higher’ ones come with MIDI keyboards, as noted at the end of this review. It’s worth mentioning that there’s quite a range of bundles and offers available. In fact it’s a little bewildering, especially given that this is almost certainly supposed to be a DAW for those getting started. Magix is overwhelming people with options a bit at the purchase stage and might be advised to slim all this stuff down a bit. You can find the (extensive) options list at https://www.magix.com/gb/music/music-maker/version-comparison 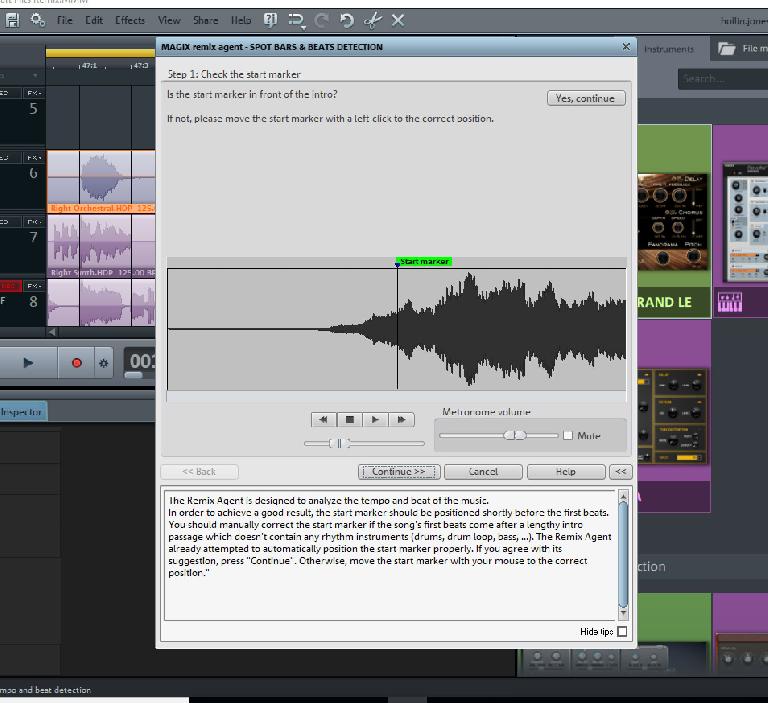 I’m going to talk about the Premium Edition, but the other versions have fewer or more options available depending on their position in the product lineup. (I did say this was a bit fiddly). This version has multicore support, which is pretty much a requirement on any modern computer and comes with 7 free “soundpools” - themed collections of drag and drop loops that you can use in your tracks. It also comes with iZotope Elements 8 and Variverb 2, Concert Grand LE, Vita 2 soft sampler and Revolta 2, a soft synth. It allows the ability to choose a bunch of packs, presets and expansions from the online store as part of your purchase. Once again, the options are too many to really get into here, but the website does provide a grid to help matters a little. 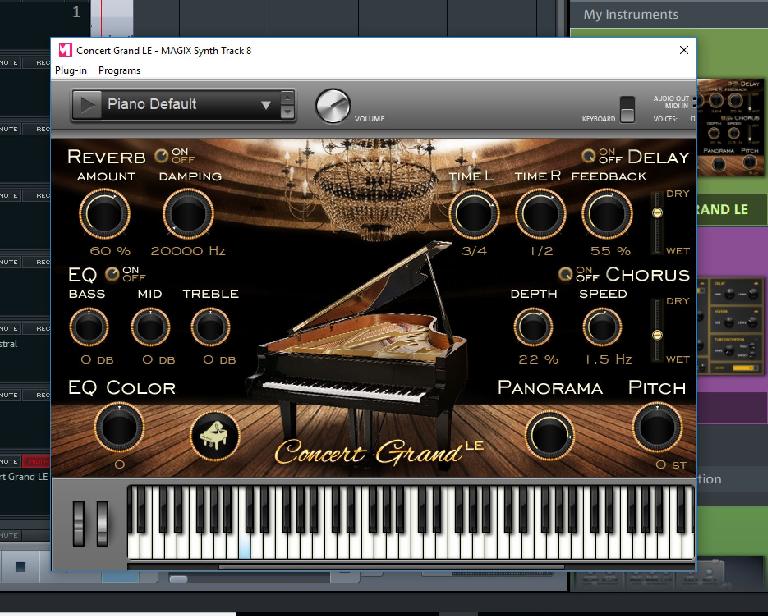 The DAW itself is designed to run on systems as old as Windows 7, but is also optimised for Windows 10. It uses the audio engine from Samplitude and has a fairly conventional interface with sections for sequencing, accessing loop content, a virtual MIDI keyboard and so on. Graphically it’s a little stark but audio recording, MIDI triggering, VSTs, ReWire and loop arrangement work perfectly well. There is video playback support, which you might not have expected.

Here’s my issue with Music Maker - it feels like there’s something of a disconnect between the way it’s described on the website (easy, fun, quick), and the reality of finding your way around it. The core of the interface is easy enough with big, friendly graphics and sections. The options and menus however can be tricky to locate and when you do, you find the endless grey tick boxes beloved of most Windows audio software, and terminology that’s likely to baffle the kind of user that might typically buy this software. 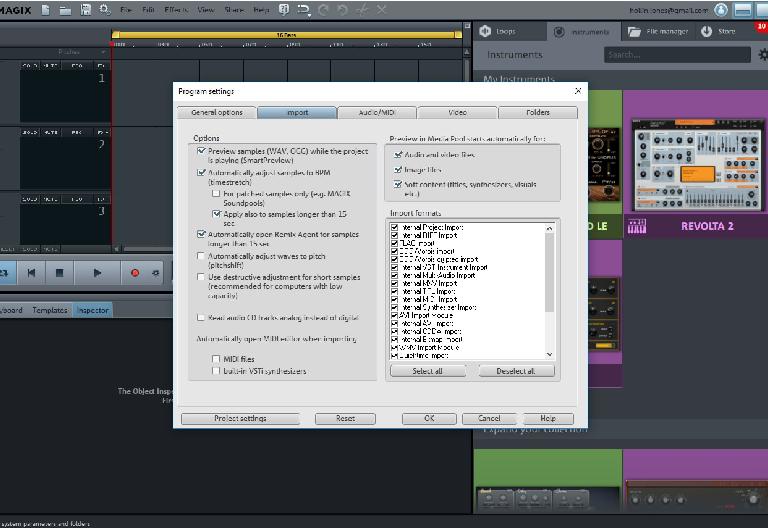 Of course it’s great that Music Maker can do things that are more advanced than you might expect, but it feels like the developers need to tidy all this up a bit. To simplify workflow and setup, hide some of the stuff that’s going to look like another language to new users or those not familiar with the concept of time stretching algorithms. Yes, some of its users will already understand this stuff but I think it’s aimed more at those at a beginner’s level. And there’s a disconnect between that and some of the workflows. Still, it’s very affordable and comes with decent content - we’d just hope to see a simplified way of working appear in future.

Cons: Large number of bundle options can be confusing. Dig below the surface and there’s a lot of grey tick box menus. Workflow and extras could benefit from some streamlining.