Analog Synthesis 4: The Principle of Modulation

Language
In this final article in our mini series on the essentials of subtractive / analog synthesis, Peter Schwartz explores the principles of modulation.

Read the all parts in our min series on analog synthesis:

In synthesis, to modulate means to change or control. We’ve seen an example of this in the previous articles where an envelope generator (EG) was used to control the volume of the amp. Here, the control signal generated by one synth component is used to cause a change in another component, and that’s what modulation is all about. Whenever you hear a change in pitch, timbre, amplitude, duration, something is being modulated. 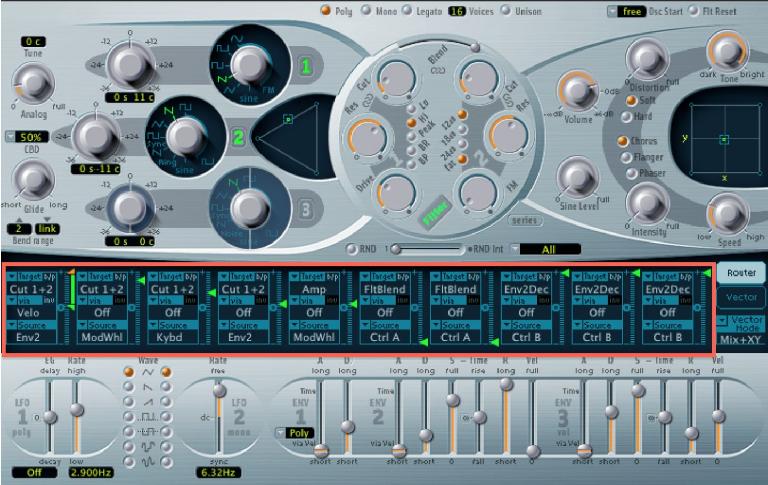 Figure 1: highlighted in red, the modulation matrix in Logic’s ES-2

The word modulation seems to imply continual movement or change. Obvious examples include the “wow” of a wobble bass sound or the sonic movement in a resonant filter sweep. And because these effects are easily heard as dynamic changes to a sound’s timbre, it can be assumed that some kind of modulation is being applied to a filter’s cutoff frequency.

But it’s important to realize that not all modulations result in obvious sonic changes. One easily overlooked occurrence of modulation at work is when you play a sound with an organ-like volume contour, instantly turning on when you play a note, sustaining at full volume, and falling immediately to silence when you release the note. Here, an EG is likely to be modulating the amp, with the EG’s controls set to the fastest attack speed, the highest amount of sustain, and a fast release time. In synth speak, an EG modulating the volume control of an amp is volume modulation.

Collectively these are referred to as modulation sources. And the synth components receiving and reacting to them are modulation destinations. Oscillators, filter, and the amp—our building blocks for generating and shaping sound—are the most common targets for modulation. 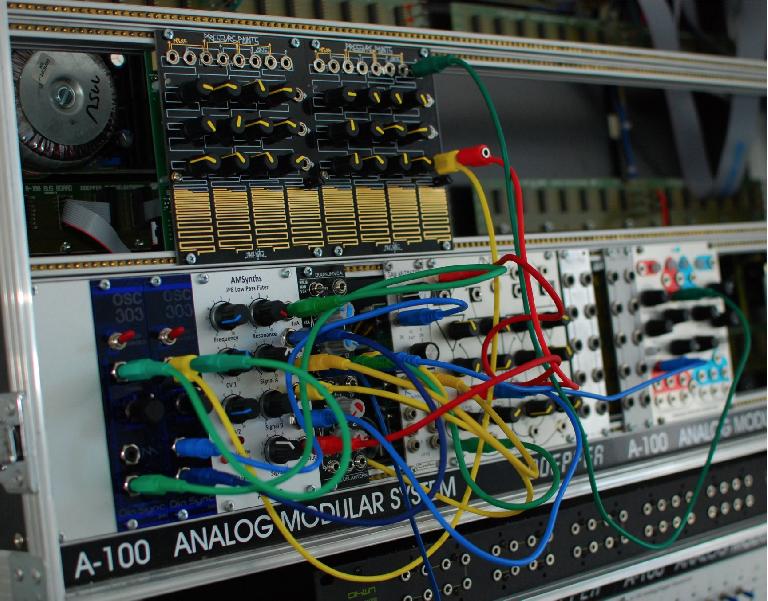 Figure 2: A contemporary modular synth built from modules by a variety of manufacturers. Photo courtesy of Brandon Daniel.

In the 1970s, keyboardist Keith Emerson was amongst the first musicians to popularize modular synthesizers by bringing his system out of the studio and onto the stage for audiences to enjoy both their sound and their spectacle. Such systems were highly flexible in terms of how its various individual modules could be connected, but they were expensive and not very portable.

As synthesizer sounds became more mainstream, manufacturers such as Moog, ARP, and others, produced two types of more affordable and compact synths: semi-modular and hardwired. Semi-modular synths, such as the ARP 2600 featured pre-wired modulation sources and destinations, such as a dedicated AR envelope generator connected internally to control the amp (VCA, voltage controlled amplifier). But that modulation source could be overridden by patching in a different one, such as the on-board ADSR envelope. 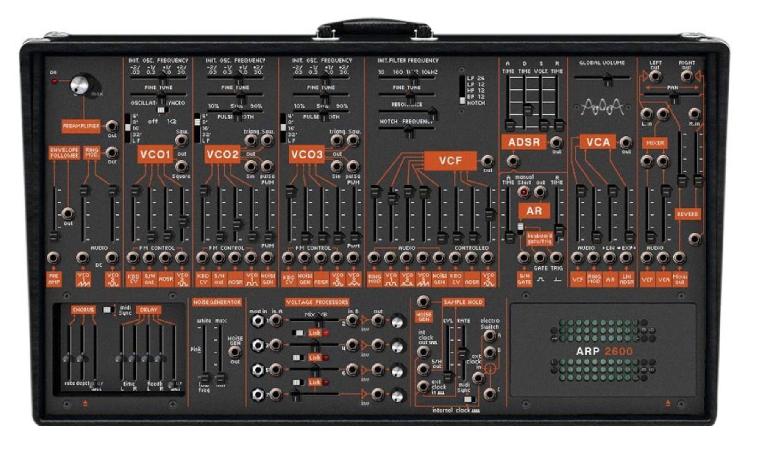 Figure 3: A digital re-creation of the ARP 2600 by Arturia

By comparison, older hardwired synthesizers didn’t typically offer many choices for modulation routings, and the number of modulation sources was usually limited. You may be surprised to learn that the classic Minimoog didn’t have a dedicated LFO for creating wobble effects (filter modulation), tremolo (amplitude modulation), or vibrato (pitch modulation). Instead, you’d have to press an audio oscillator into service to act as an LFO. However, despite this seeming limitation, the Minimoog was and remains an amazingly flexible sound creation tool.

The Voyager, Moog Music’s modern day hardware version of the Minimoog, continued the tradition of hardwired synths but features more modulation sources and destinations, routed by means of rotary switches. 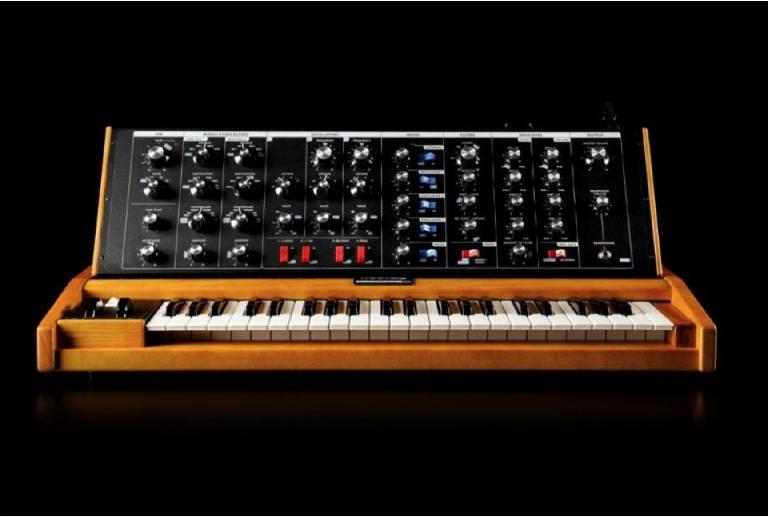 It’s important to note that modulation sources don’t feed into the audio signal path. If a synth component is modulatable, it will have one or more special modulation inputs. This aspect of synthesizer programming was and remains very apparent on modular systems. As seen in Figure 5, the Doepfer oscillator module has several inputs labeled “CV” (control voltage). It is into these inputs that you would feed a modulation source such as a keyboard, LFO, EG, etc. 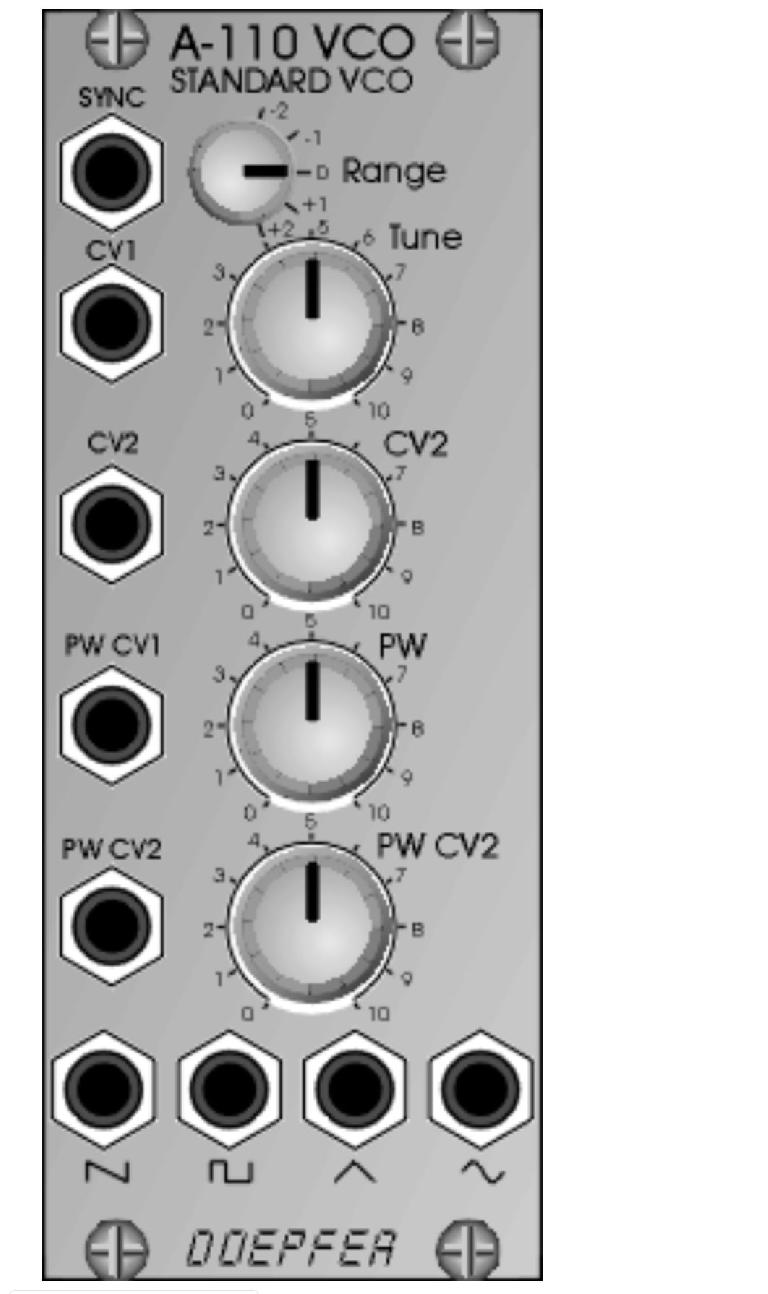 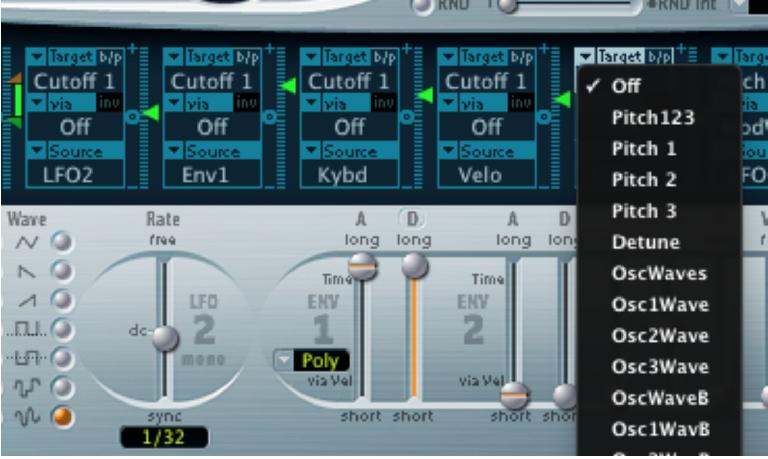 Getting Things Under Control

Most synth-based modulation sources such as envelope generators always output their control signals at full strength. In the case of an envelope generator, its control signal rises and falls between values of zero and “max” each time it’s triggered. If we were to use that envelope to modulate the pitch of an oscillator, the envelope’s full-strength signal might drive the pitch up an octave or more. But if our intention is to have the pitch change only a whole step, we’d need to tame the amount of envelope signal that reaches the oscillator. Thus, it’s typical to find an amount, intensity or depth control at the point where the modulation source and destinations are connected in the synth’s modulation section. 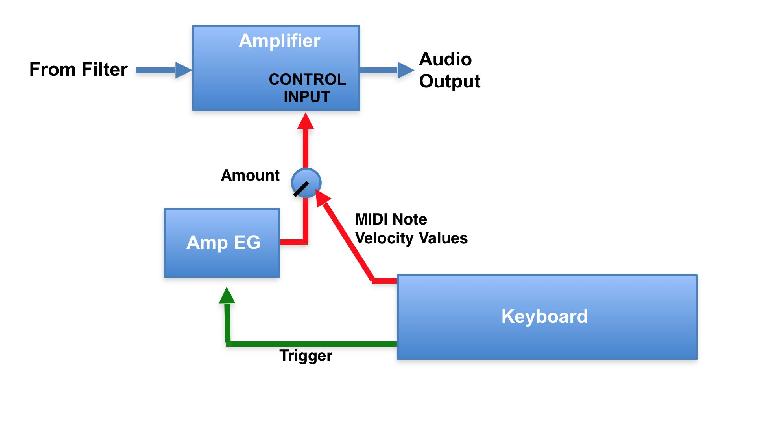 In Figure 7 above, the green arrows floating above the graduations in each matrix “slot” are this synth’s amount controls.

Indeed, it’s often possible, and highly desirable, to use a modulation source to control the amount of a modulation. Let’s refer once again to how the amp’s envelope generator (EG) controls an amp’s volume parameter; if we had an amount control between the amp EG and the amp itself, we’d be able to control the strength of the envelope signal affecting the volume. And if the amount control itself was being modulated by something such as note velocity, we’d then have the ability to make our sound velocity-sensitive. Soft playing generates lower velocity values compared to harder playing. Thus, lower velocity values allow less of the envelope signal get to the amp compared with higher velocity values. As with many other modulation routings, you’ll likely find that this scheme is hardwired into most of the synths you’ll encounter.

This term I’m using, “control signal”, is my updated take on the term control voltage—the electrical signals (measured in volts) generated by modulation sources in true analog synthesizers. For example, the EG on a true analog synth outputs a rising and falling control voltage with a typical range of zero to 5V or 10V. You can actually hook up a small lightbulb to the output of an envelope generator and watch it get brighter and dimmer according to the envelope’s shape!

Of course, when working with virtual synths we’re not dealing with voltages or electrical signals; they’ve been replaced—modeled—with digital calculations. However, just like most other aspects of virtual analog synths, those calculations mimic the action of the very thing they’re modeling: control voltages! But since we’re not actually dealing with voltage, the term “control signal” makes for a meaningful terms for explaining the control voltage concept in digital simulations of analog synths.

Read the all parts in our min series on analog synthesis: