It’s wonderful to own or play a genuine classic, but their availability, size and cost mean that most people will have to find an alternative. Hollin Jones explains your options.

The Rhodes is a bona fide classic, from the original Stage 73 through to the Suitcase 88 with integrated stereo speakers. The company even started making a newer model, the Mk7, in recent years. The originals used a unique system of tines with electromechanical pickups to achieve its sound, which was extremely responsive to the way it was played. It could be soft and dreamy, or bite a little harder when you pushed the keys more firmly. Models without their own speaker were intended to be played through Fender Twin amps, and all kinds of other FX pedals were also commonly used to process the signal. Featuring extensively in 70s rock and 80s pop, the Rhodes was and remains a mainstay of the jazz world.

There are a fair few around, but among the best are NI’s Scarbee Vintage Keys (£129), AAS’s Lounge Lizard EP-4 ($199) and Modarrt’s Pianoteq with Electric Piano expansion pack. If you’re lucky, your DAW might come with a great Rhodes instrument bundled, the most notable example probably being Logic Pro’s Vintage Electric Piano. Most come with onboard FX tailored to the instrument, so using third party plugins becomes less of an issue.

A real Hammond complete with a Leslie speaker is a huge instrument, which is why they were typically found in churches or as the house organ in music venues. They also require a great deal of skill to play properly, with two keyboards, a multitude of drawbars, tone settings and more and as if that wasn’t enough, there’s a set of foot pedals as well as swell and volume pedals too. Truly, you need your wits about you to really play one well. The upside of all this complexity is that a Hammond is capable of producing an incredibly wide variety of tones and textures suitable for everything from jazz and blues to rock. 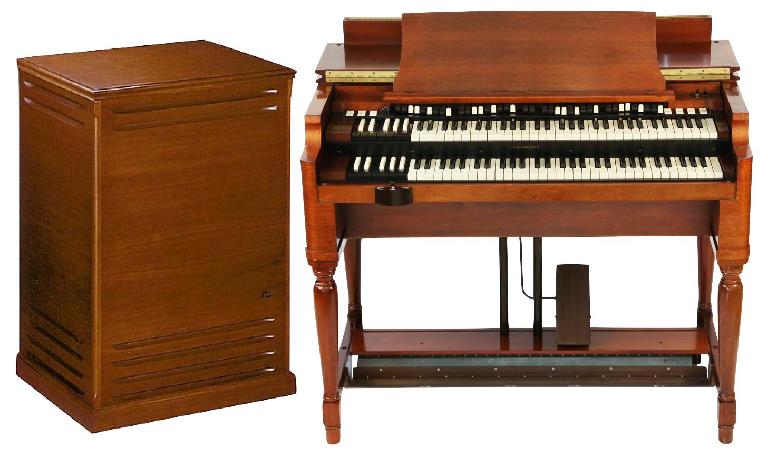 A virtual tone wheel organ saves a huge amount of space and at this stage they have been modelled to perfection, often with an expanded set of controls to what you’d find on the original - typically in the form of extra effects and the ability to move virtual room mics around the Leslie speaker. IK Multimedia’s Hammond B-3X (299 Eur) is a beast, beautifully designed and with a full compliment of specially matched effects and virtual room mics. Another is Arturia’s B-3V (149 Eur)   which includes advanced modulator capabilities for more sonic invention.

Similar to the Rhodes but with a much harder edge to its sound, the Wurli really bites when you play it hard making it less of a jazz instrument and better suited to pop, rock or even electronic music. With a very simple set of controls, it was relatively portable as far as keyboards of the time went, making it popular with touring bands. Wurlis have a unique tone and notes sound very different depending on how hard you play a key. This is all recreated in software of course, but if you ever get the chance to play a real one, it’s a great experience. 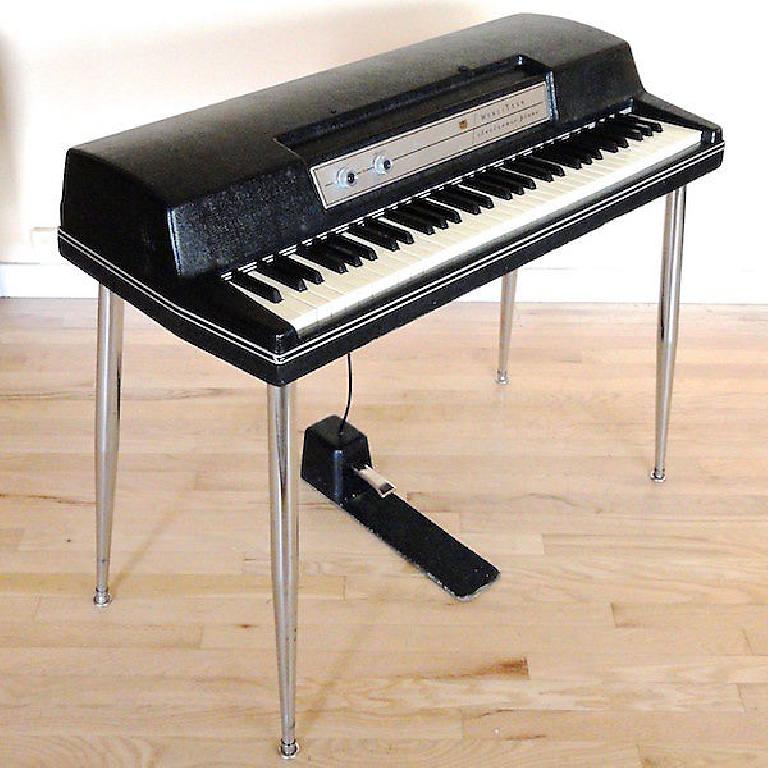 Scarbee’s A-200 (69 Eur) runs in NI’s Kontakt Player, and there’s also a Wurli in NI’s Vintage Keys collection. Arturia’s Wurli V (149 Eur) once again allows you inside the brain of the instrument, providing access to virtual electric controls and EQ so you can really shape the sound to your liking.

The original Farfisa electric organ revolutionised pop music in the 1960s with its direct, biting sound that could cut through a mix. With two zoned keyboards for achieving different tones, it also had various controls for adding harmonics and other textures to its signal. Relatively portable but difficult to service and maintain, they are very rare nowadays. They are still popular, featuring heavily in the music of Spiritualized and occasionally in guitar pop hits too. 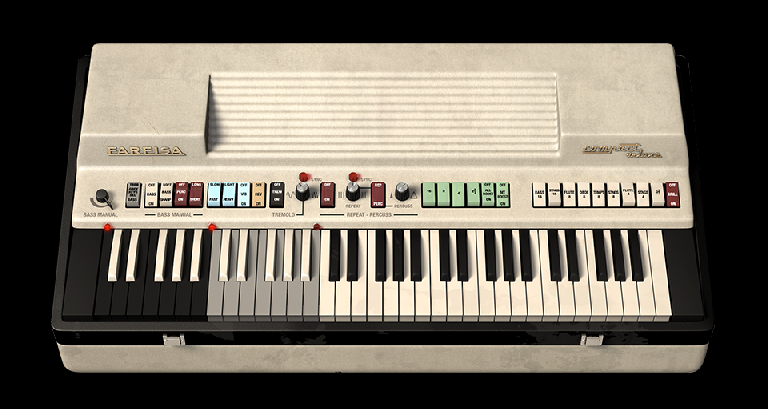 A clear winner here is Arturia’s Farfisa V (yes, Arturia again but they do specialise in these recreations). As well as using physical modelling technology rather than sampling to capture the feel of the original, they added a bunch of cool extras not available on the original. Enter the expanded view and you get access to not only effects but also the ability to design your own additive waveforms, customise envelopes and select new waves for the bass section. It’s almost like a hybrid between a Farfisa and a synth!

The Clavinet or “clavi” is one of the most percussive electromechanical keyboards ever made. Indelibly associated with the genres of funk and reggae, it is most often experienced being run through a wah pedal to achieve the classic clavi sound. The D6 is the most famous model and sound. Surprisingly big and heavy in real life thanks to their often wooden construction and metal strings and hammers, they respond particularly well to being paired with various weird and wonderful effects. Playing a Clavi is as close as most keyboard players get to being a guitarist.

Logic users are again well served here, the DAW shipping with the excellent Vintage Clav instrument, adding stereo output, effects and extensive tonal control to the original’s feature set. Acousticsamples also makes the Clavi D9 (89 Eur) which runs in the UVI player and has a great effects section. Since they are less popular in relative terms than things like Hammonds or Rhodes, and also arguably less complex to model accurately, it’s also possible to find some good freeware versions of clavis, and your DAW may come bundled with one, or have clavi presets inside its sampler instrument. 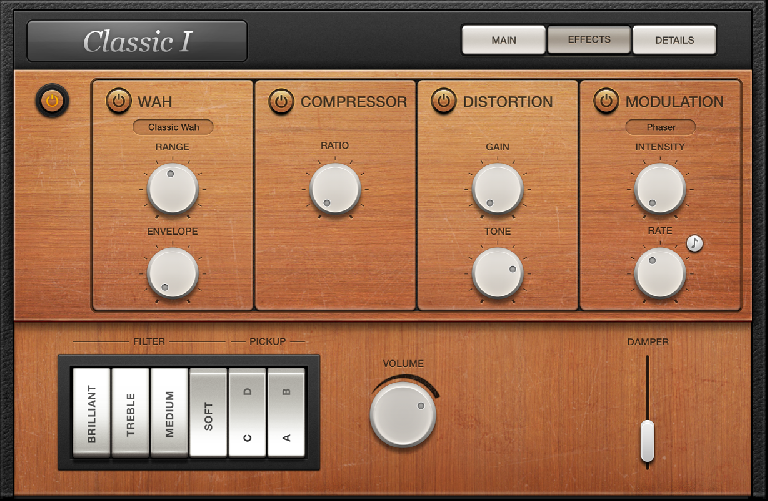 Learn how to use the best synths, instruments and plug-ins in the Ask.Audio Academy.

Jay Asher
Love you Hollingsworth, but you missed some of the best and over-rated the Arturia ones.

I recommend Acousticsamples B-5 for Hammond B3 along with the authorized Hammond And Logic’s Vintage Organ, their V-Tines and NeoSoul Keys for Fender Rhodes, and Acousticsamples V-Reeds for Wurlitzer.
Lester_Zeppelin
Not sure how Spectrasonic's Keyscape didn't get mentioned for Wurlitzer, Rhodes or Clavinet!