USB mics can sometimes sacrifice quality for convenience, but that's not the case with Sennheiser's latest portable. Matt Vanacoro puts it to the test.

With USB microphones becoming more and more ubiquitous in the home studio, it was only a matter of time before we began to see the mic quality rise and devices begin to fall into the professional/‘prosumer’ market. The Sennheiser MK 4 is a cardioid condenser made by Sennheiser with A/D and preamp tackled by Apogee. On paper, that sounds like a match made in heaven. I spent a weekend with the mic to see and hear how that translated in practice. 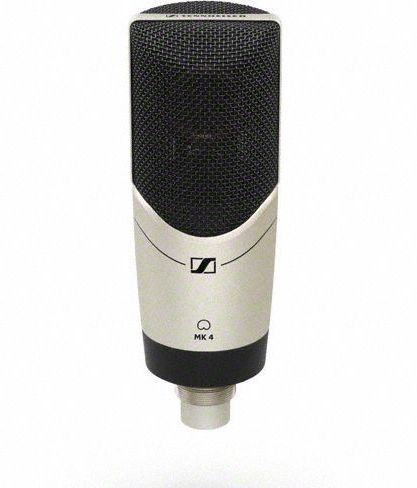 The MK 4 itself has an extremely sturdy build quality. The metal chassis feels hefty and sleek, and nothing about this mic feels ‘budget’ except for its price. The condenser capsule is 1” and is shock mounted to minimize any physical noise. The included clamp is also quite sturdy, and the mic is easily mounted to a standard or tabletop mic stand. The mic and clamp can be stored in the included carrying pouch, as well as the cables to connect directly to iOS and computers. 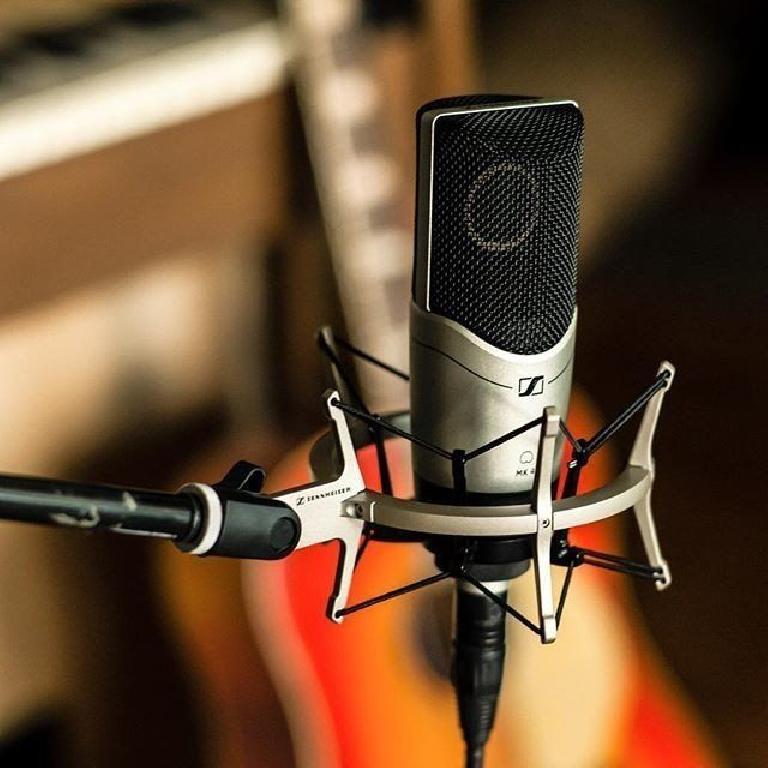 If you want to stabilize the mic a bit more, the MKS 4 elastic suspension mic holder is available separately. If you don’t want to use a pop stopper, the MKW 4 foam windscreen is also available for purchase. I understand the omission of the MKS 4 to keep the price where it is (and to be fair, the appeal and allure of this mic is how portable and quick to set up it is), but I would have liked to seen the windscreen included.

As good as the MK 4 looks and feels, it’s all moot if the mic doesn’t hold up sonically. I’m happy to report that the MK 4 exceeded all of my expectations for what a USB condenser should sound like. Whenever you combine 2 products in one, you always run the risk of neither side reaching the quality level of its independent brethren. In the case of USB mics, this often translates into a mic that is fine, but an on-board preamp that sacrifices a ton of bandwidth. I’ve tried dozens of USB mics that were noise-free enough, and the mic had a nice enough frequency response, but start to sing, play, or speak loudly and you can hear the ‘budget’ preamp built in squeeze your audio like an overstuffed suitcase.

The MK 4 doesn’t suffer from this common pitfall. The Apogee designed A/D lets you get the full range of Sennheiser mic, and it’s truly wonderful. Not only is the noise floor super low, the dynamic range of the MK 4 is what you’d expect from a standard XLR condenser mic plugged into a modest preamp. I recorded about 15 vocal tracks for a holiday tune with the MK 4 and was extremely impressed by the results. Couple that with the fact that I could have gotten the same results by using the MK 4 and only my iPhone and you’ve got a truly professional sound that’s in a small enough package to carry anywhere.

The MK 4 is absolutely worth its price tag for anyone, professional or casual recording artist. Coupled with MetaRecorder you can get truly pro results in the field. Paired up with Final Cut Pro and you can record top notch voice over in seconds. Sennheiser and Apogee swung for the fences with the MK 4 and knocked it out of the park.

Learn more about audio recording in the Ask.Audio Academy.