Mastering Tips: The Benefits of Mid Side Processing

Language
You have be aware of mid-side as a stereo mic recording technique, but it is also a mastering process. Joe Albano explores M-S processing can open up new possibilities when mastering a stereo file.

M-S, or Mid-Side, stereo has been used for many years as an alternative to standard Left-Right stereo. It's probably most familiar as a stereo microphone technique, but M-S processing is (and always has been) commonly employed in Mastering as well. Many plug-ins can take a standard L-R stereo signal and convert it to M-S, which opens up processing possibilities in Mastering that wouldn't otherwise exist for a finished mix already bounced to a stereo audio file. 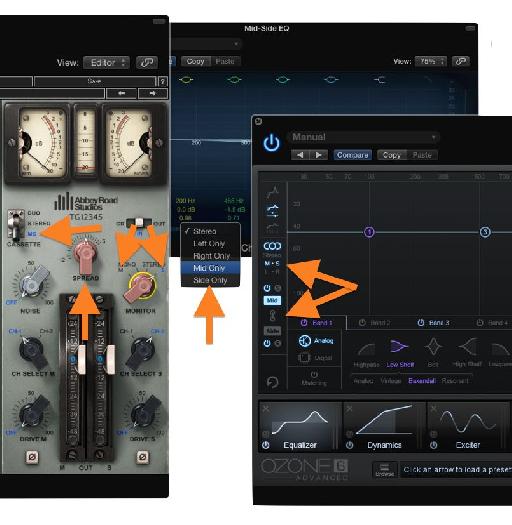 For M-S stereo, the stereo field is broken up into a Mid component (M) and a Side component (S)'"the Sum  of, and Difference between, Left and Right. The Mid signal is simply both channels summed to Mono'"this is just a standard mono signal. The Side signal is the difference between Left and Right'"everything that's only (or more) in one side than the other. This is a diffuse-sounding, wide stereo signal with a hole in the middle. If applied to a stereo mix, the Side signal would be mostly the elements that are fairly hard-panned to one side or the other, and ambience, which is a diffuse, and therefore different, signal in the Left and Right. What will be missing from the Side signal will be anything that's panned Center in the mix'"this usually includes Kick, Snare, Bass, and (lead) Vocal, and sometimes, certain solo instruments. 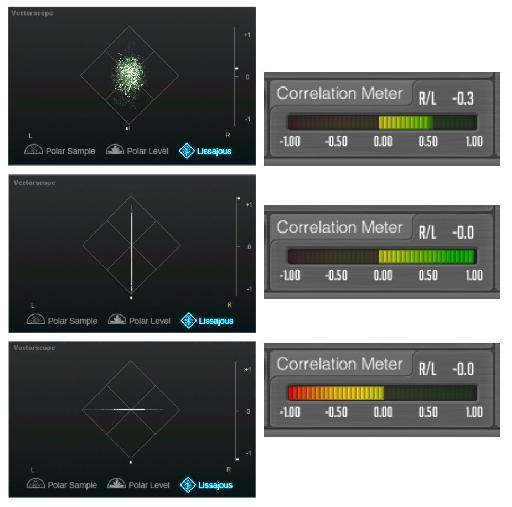 If you audition the Mid and Side signals for a typical pop or rock mix, you'll hear just what you expect from the Mid'"a mono version of the mix. Checking out the sides, you'll usually hear an ambient wash, with  a few prominent instruments or voices, and others missing or bathed in reverb. Since the Kick and Bass are usually panned center, and are often fairly dry in the mix, they'll cancel out in the L-R difference signal, and be absent when you solo just the Sides channel. Other center-panned tracks, however, like Snare and Lead Vocal, may have a lot a reverb or ambience on them, so they'll still be heard in the Side, but what you'll be hearing is just their reverb'"the original, dry, centered tracks will be missing, but their stereo reverb returns, which, naturally, are different in the Left and Right channels, will be present, and may be fairly strong, though distant and echo-y. Background vocals or rhythm guitar, for example, might be strong in the Side signal, if they've been doubled and wide-panned, though somewhat altered in tone.

Audio Example 1A: An M-S mix: 1) Full Stereo, 2) Mid soloed, 3) Side soloed (the Side-soloed signal will not sound in mono playback, like on some phones or tablets); 4) Optional: Side soloed again, in a mono-compatible version, in case 3) cancels to silence

So what, in a Mastering application, can you do with a stereo mix that has been divided this way, that you couldn't do with the regular Left-Right stereo version? Well, several useful things..

One of the most basic bits of M-S Mastering processing that you can do is to alter the balance between the Mid (Mono) and Side signals. This can affect the signal in a couple of ways'"the simplest application is to adjust the stereo width of the mix. If you pull the Side signal all the way down, you'll have a Mono mix. This is one of the advantages of M-S'"Mono compatibility. It guarantees that if the mix is ever heard in mono'"still common even today on radio, in cars, in restaurants, in some clubs'"there'll be none of the phasiness that can sometimes happen when stereo channels are summed. If you raise the level of the Sides, the mix will gradually widen'"when Side and Mid are at equal levels, you'll hear the mix in its original stereo form'"exactly as it was before being converted to an M-S signal. If you then increase the Side level, above the level of the Mid, the mix will widen. Since the Sides are largely reverb, the mix will also start sounding more 'wet''"more ambient. This is another thing that M-S processing offers'"the ability to adjust the ambience of the finished mix slightly. I wouldn't go too far with this widening, ambient effect, however'"a little may be nice, but too much will usually start to get nasty pretty quickly.

Since, depending on the mix, you may have more of certain instruments in the Mid or Side signals, you now have the option to process them independently, with things like EQ and Compression. For example, you could choose to compress the Mid signal only, to squeeze components like Kick and Snare without as much risk of pumping artifacts on the reverb and ambience in the Sides. Or conversely, you could compress the Sides, to accentuate the ambiance without overly squashing the backbeat'"sort of like compressing the room mics on a drumkit, in a multitrack mix situation.

You might opt to EQ the Sides, to slightly brighten up the room tone, or to add some sparkle to hihats or doubled background vocals or strumming acoustic guitars that were hard-panned Left and Right, without over-EQing the primary mix elements in the center. 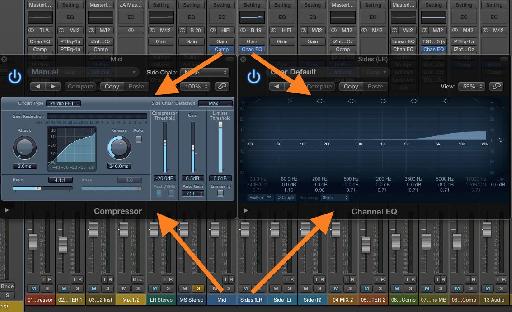 Fig 3 Some independent processing on an M-S signal: Compression on the Mid only; EQ on the Sides only.

Besides simply altering the relative levels of the Mid and Sides, as above, you could try to effect small changes in the mix balance with EQ or compression on one or the other, or, more subtly, with a combination of balance, EQ, and dynamic processing. For example, if you felt that some side-panned rhythm guitars were not prominent enough in the mix, you could try to bring them out a little by adding some midrange EQ. If you applied this across the entire Left-Right mix, you'd also likely end up thickening the lead vocal along with the guitars, which might not be to your liking. But adding some subtle EQ to the Sides only, and possibly a slight complementary cut to the Mid channel, along with a touch of subtle compression to the Sides as well, might just do the trick. The key word in that description is 'subtle''"like with all things Mastering-related, very gentle, very subtle application of any processing is important, to avoid overdoing it.

From Vinyl to Digital

M-S processing in Mastering goes way back to when Mastering was all about prepping a mix for the transfer to vinyl'"a difficult and technical process. The depth and width of the grooves in a vinyl record represent the Mid and Sides components of an M-S signal. That's why older compressors, like the venerable Fairchild 670, which was often used for Mastering applications, had an option for 'Lateral-Vertical' processing'"the vinyl disc cutter's equivalent terminology for Mid-Side. 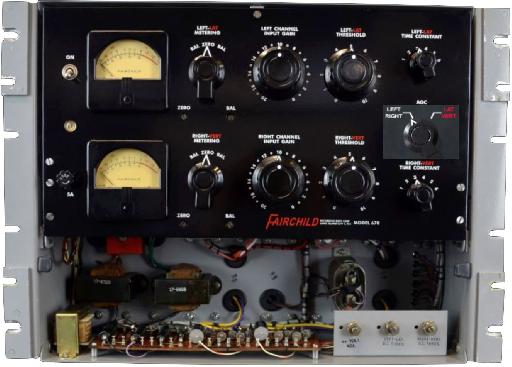 But even if the mix will be digital from start to finish, M-S processing can be a useful addition to the Mastering toolbox'"as long as any processing is applied subtly, with a gentle hand (did I mention the word 'subtle' enough?). The next time you have occasion to try your hand at Mastering, try out a little M-S processing on the mix'"you might find that it's just the thing you were looking for!