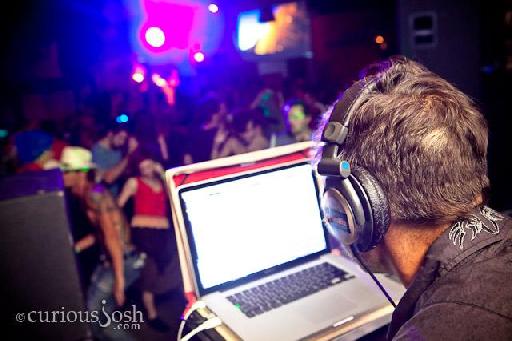 Language
One of my friends is deep in the Paul Oakenfold camp. They put me on the list for his show, and off I went to see the new spectacle. Paul's new LCD DJ booth was quite incredible. Its a beautiful LED w

One of my friends is deep in the Paul Oakenfold camp. They put me on the list for his show, and off I went to see the new spectacle. Paul's new LCD DJ booth was quite incredible. Its a beautiful LED wall, with an extra section of LED's covering the front of his DJ Booth. The effect is that Paul sort of appears in the middle of whatever kaleidoscopic effect is swirling at the moment.

But in today's blog, I want to talk about the Opening DJ. To set the scene, the Opener DJ was spinning on two CDJ 1000's. Let's call this guy "Opener DJ".  So as I'm on the dance floor hanging out, Opener DJ drops a track with the lyrics "laptop DJ's suck". The song repeats the lyric for about 3 minute. Then the opening DJ proceeded to train-wreck out of the song, pulled a "oh I'll just do a backspin and smash mix into the next track".

I thought it was hilarious. There is this conversation between DJ camps that goes something like this. "Computers are cheating.... If you can't Beat Match don't DJ... It looks like you're up there checking your email"

But really, if you drop a song making fun of laptops, you better follow it up with a seamless mix out, not a train-wreck. I believe in another type of conversation on the topic of CDJ's vs laptop. I clearly fall into the other camp- CDJ's are last decades technology. Let me round out this conversation from the beginning.  I started DJ-ing when it was two turntables and a mixer. 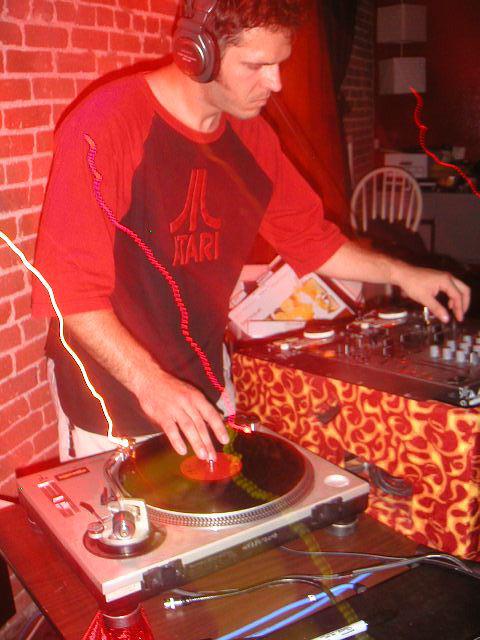 I then saw the occasional CD player show up in the booth. Usually it was a battered Pioneer CDJ 100 or 200. Then all of a sudden it was two really nice CDJ 1000's on either side of the booth. And then about 8 months after that, I showed up and the turntables were shoved to the outside, and the CDJ's were right next to the mixer. I realized at that moment that vinyl's days were numbered. Vinyl was literally being shoved out of the DJ booth. That was the same week I started spinning CDs. I realized where it was going, and decided that I'd either adapt, or be left behind. A bunch of DJ's at the time were like "CDs suck! They don't feel right! It's not real mixing..." Blah blah blah.  And you know where most of those DJ's are now?  Doing something else. I saw a whole crew of DJs washed out of spinning. 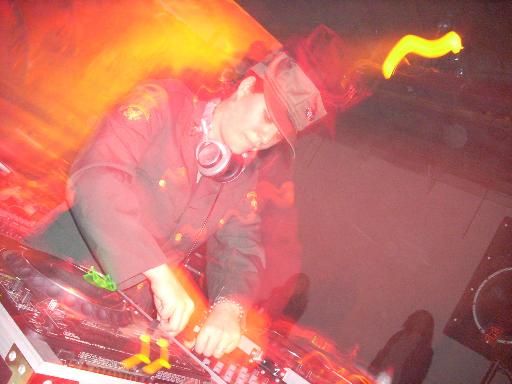 The first time I played Coachella was three years ago. I had an afternoon time slot. Decent, but certainly not headlining on my stage. I had a nice crowd and I rocked it decently. there were people on the dance floor, they were grooving. It was fun. But then... I watched from 6pm to midnight, every major act that took the stage after me set up a laptop and a midi controller. Each of them was clearly using Ableton Live. And let me tell you, the sounds that came out of those laptops were beautiful, original, and very heavily layered. Each one of those DJ's completely slayed it, and every single one of them was playing Ableton live. It wasn't that they had a good dance floor going. It was that kind of dance floor where people start losing their minds they are so into the music.

That night, I became an Ableton DJ. Once I heard how unique their sound was, once I realized they were focused on reading the crowd instead of beat matching, once I saw they had six channels of music streaming seamlessly into the mix, I realized the writing was on the wall. And when I watched the crowd go completely nuts at that level of mixing, I realized I'd brought a knife to a gunfight by playing CDs instead of using Ableton Live. There simply is no way I could emulate the level of depth and creativity I can put into a mix with Ableton on two CDJ's.

You see, if you spin CD's, you're buying tracks off Beatport, and playing them. You might mix it with one other song, for a minute or three while layering. But thats it. I'll hear 4 DJs in a row drop a few of the same tracks, and they all sound like they are pulling songs from the same crate. It's not their fault- it's the limitations of the medium. With Ableton, you buy a track off Beatport,  grab the first few bars, lay in a melody from another loop, change the beat from a house beat to a breakbeat,  and all of a sudden, nobody sounds like you. You now sound like the DJ that has some secret line on rare white labels and remixes.

Add to the mix any textures, soundbytes, special effects, and whatever else you want to put on as many channels as you feel like bringing in, and you start to realize Ableton's power. Any sound I hear, I grab with Wiretap on my Mac and throw into the mix. If you want to be a top-notch DJ in this world, within the next 3 years the Pros will all be playing on Ableton live. Yes there is a learning curve for Ableton. Yes the program manuals were written by Germans, and make as much sense as a David Lynch film. And yes, I promise you will get left behind as a DJ if you do not adopt now.

Go get started now with MPV's Ableton Live Tutorial. Once you're shown how to use the program, you'll be an early adopter, and ahead of the crowd! 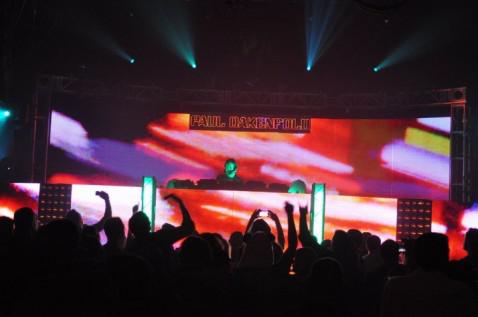