A good bass sound is key to almost any kind of music production, but how can non-bassists ensure they're getting the best results? Joe Albano breaks down better bass for everyone.

Bass players can be every bit as obsessive about their sound as guitarists, and the ones I know all have an enviable collection of different basses, each one offering something unique in tone or playing feel. But on the other side of the coin, many producers and one-man-band guys who don’t play bass but do lay down their own virtual bass tracks may sometimes take a more utilitarian approach to the sound and performance of electric bass parts. With synth bass sounds, they might fuss with filters and resonance and tweak settings until the bass sound is just so, but when it comes to using a virtual version of the traditional 4-string, they often grab the basic “Finger Bass” patch that seems to come with every virtual instrument, add a little low end, lay down some roots, and then move on.

But given the variety of bass sounds available nowadays, and the level of sophistication (in terms of emulating the nuances of performance) many virtual instruments offer, there are usually a lot more options available, and even though the bass may not be as attention-grabbing as some other parts of the arrangement, it’s crucial to getting the song across, and mixing it up with different tones and techniques on different songs can provide some welcome variety.

Just as a “real” bass player will pull out a different bass for each tune - the one he thinks will best complement that arrangement - the virtual bassist would do well to vary the bass selection. If he has a good ear for the low end, different bass sounds will inevitably suggest different bass parts, and that can have a significant effect on the rest of the arrangement. So, for the non-bassist bassists out there, what’s lurking in your DAW’s bass locker?

The classic “Finger Bass” patch is usually the first one, and for good reason. Most bassists play with their fingers, producing a thick, round tone that sits well in most mixes - the notes are not too percussive, so they don’t clash with the sharp attacks of the kick, and the sound is present but not too bright, filling out the low end but leaving room for all the midrange instruments that will follow. You probably won’t go wrong with this kind of bass sound, but many of the best bass tones on record were made with other playing techniques and different tonalities, so it’s worth trying out other sounds, even if some may at first not seem to be as full or fat.

Of course, many bassists play with a pick. Now, some may look down their nose at the lowly pick, thinking of it as a crutch for guitarists dabbling in bass, but pick bass parts can add another dimension to the bottom of the mix. At first listen, pick bass patches may seem to be lacking in warmth, or girth - often, they’re all attack, with a short decay - more of a “boink” than a satisfying thump. But a little judicious compression can change all that - hitting the bass moderately hard with a relatively short release will bring  up the decay, adding “sustain”, and by manipulating the compressor’s attack time, you can control the amount of pluck, for anything from the sharp ticky-tack sound that graced many old-time records to the nice thick tones of one of the classic pickers, Paul McCartney, whose bass sounds never lacked warmth.

Pick bass also seems to take to a bit more distortion, with the stronger attacks helping to maintain clarity - ever since progressive rocker Chris Squire dialed up a piano-like bass sound on his trusty Rickenbacker, the extra midrange energy of bright edgy pick bass tones has been put to use filling out thin arrangements. That Rickenbacker bass (the same one used by McCartney for a totally different bass sound) had a split feature, which could send the two pickups’ signals to different amps, letting the player crunch out the brighter treble pickup while fattening up the deeper tone of the neck pickup - in a DAW that’s easy to do, providing a kind of layered, doubled  tone from the one instrument.

Pick bass tracks often take advantage of the crisper articulation of individual notes, moving around a bit more - melodic bass lines may cut through a little better thanks to the sharper attacks, possibly inspiring a more contrapuntal bass part, that gets away from roots and basic 1 and 3 changes. Not that you can’t do that with a fingered bass tone, of course, but a good pick bass sound just seems to me to call out for it.

Another distinctive bass tone is the sound of the fretless bass. Bass players often describe the characteristic envelope of fretless bass notes as “mwah” - the subtle attack/decay that immediately announces that no frets are needed here. Slides are probably the most obvious feature of fretless bass - if you slide on a fretted instrument, you get a slightly clattery string of discrete pitches, but the smooth glides of fretless bass parts seem to make that musical gesture more gentle, even when it’s used heavily. Admittedly, fretless bass slides are not always easy to do with a virtual instrument. Some fretless patches simply trigger preset recordings of them, but the best bass instruments provide the option for the player to perform them in realtime, from the pitchbend wheel, or, if available, via a touchpad or ribbon controller.

Slides aside, the slightly softer tone of fretless bass - besides its frequent use in jazz arrangements - is well suited for slower or quieter tunes, though of course it can be played aggressively as well. Legato lines with small subtle slides can make for interesting bass parts, providing the player takes the time and effort to emulate those characteristic gestures that fall naturally under the fingers with the real thing.

Slap bass may have gone out of style since its heyday, but it still has some uses, if employed with restraint. Fat slap attacks and bright pops from string pulls added some thick funk to many tracks in the 70’s, and when that vibe is called for, the technique may still serve. However, many virtual “Slap Bass” patches are occasionally somewhat lacking - in fact, many of them simply suck. A good slap bass part is a combination of the slap and pull techniques, but many patches only feature one of those components, making it impossible to capture the back & forth rhythm of the technique when used to its best effect. Couple that with the fact that, just as slapping on a real bass takes some extra practice to master, performing virtual slap bass will also likely take some extra work to get parts to have the right vibe.

Many slap bass patches are also slightly thin, and some are overly compressed, so this is a bass sound and technique that may need to be worked up ahead of time, to avoid too much of a distraction tweaking the sound when you should be focused on performance. 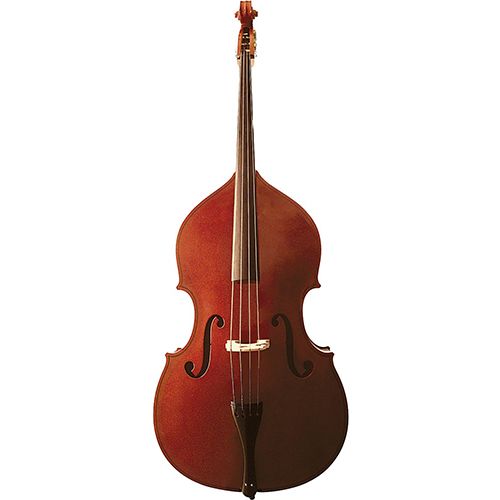 Acoustic bass - the upright acoustic bass, not the acoustic bass guitar - is having a resurgence in many musical styles, and not just the obvious ones, like jazz and Americana (bluegrass, etc). Upright bass tones tend to sit a little differently in a mix - their decays are often a bit shorter and differently-shaped than electric bass, giving them a more plucked “thump”, as opposed to the ringing, grinding “boom” of their electric cousin. Tonally, an upright bass part will tend to fill out the bottom end a little differently, with more of an emphasis on the deep lows and the higher slap of the player’s fingers than the midrangy growl of the typical fingered electric.

Naturally, upright bass brings a certain vibe with it, but a lot of that has as much to do with the playing style as with the tone. Employing many of the same playing techniques as fretless electric, the virtual upright bass player may gravitate toward familiar jazzy-style walking bass parts (constantly moving 8th-notes), but slower, more deliberate parts work well too. Upright may not suggest itself as readily for certain electric bass techniques, like a rhythmic pick-bass 8th-note pedal, or a slappy style, but many of those performance gestures do translate well - just with a distinctly different vibe.

In fact, that can be a good way to get ideas - try a part that you might not immediately think of as suitable for a certain type of bass instrument or tone; it might work, it might not, but at the very least it may suggest a musical direction for the bass track that you might not have thought of otherwise, and that’s a real benefit to working with a nice collection of bass sounds in the box. And, of course, with any type of bass, pay attention to phrasing - use the virtual instrument’s legato feature along with the appropriate overlapping-note legato playing technique to shape runs of notes into memorable phrases. And always be mindful of the kick - follow it in lockstep or work around it, but make sure the timing of the bass part locks in properly.

Of course, sometimes the best way to come up with a bass part that perfectly complements an arrangement might be to bring in a “real” bass player - a dedicated bassist will have a way of approaching a part that just seems to be different from a guitarist slumming, or keyboard player doing the big solo act - all that time spent in the musical basement, so to speak, was bound to pay off. But with a good ear and a little attention paid to what the best bassists do, the virtual bass player should be able to utilize his collection of varied bass tones to come up with sounds and parts that offer a lot more than just the bottom note of every chord.