8 Pro Tips For Making A Music Video On A Budget

Making videos for your music might sound like a big, expensive production. But here are some ways you can do it on the cheap, or even for free…

1. Use A Smartphone Smartly

Ideally you will be shooting on a more professional DSLR or mirrorless camera, but that could mean hiring one in if you don’t have one already. Modern smartphones have really good video cameras and you can shoot more professionally by adding an accessory. The most important thing to get is a gimbal such as one of the more affordable models from DJI like the Osmo Mobile, designed for smartphones. These have gyroscopes and motors and their whole aim is to give you a Steadicam-like effect, ironing out camera shake and erratic movements in a way that’s almost impossible when hand holding a phone. They even have motion tracking. It’s the single biggest thing you can do to make your videos look more professional. These start at around $100 which is much less than buying a pro camera. And to be honest, even if you did have a pro camera, a larger gimbal would probably also be required to achieve steady shots anyway. 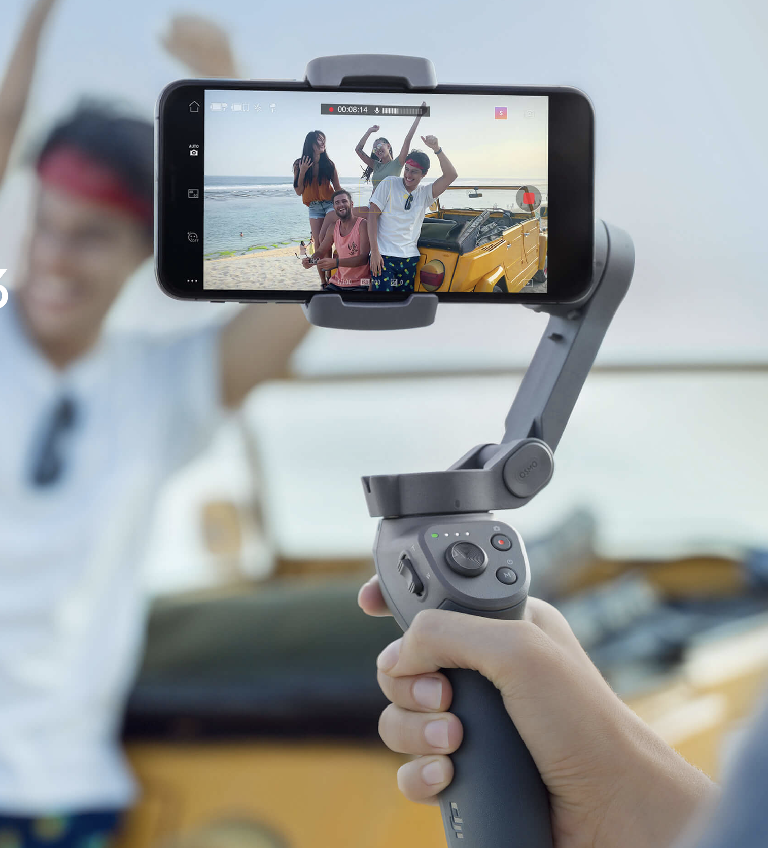 We tend not to think about it, but the cameras in smartphones, or Automatic modes on larger cameras, do an incredible job of guessing the right ISO, exposure and shutter speeds for us. If you’re into making more creative decisions, an app costing just a few dollars like ProCamera or Halide will provide you full control over the behaviour of your device’s camera. But auto modes are pretty amazing provided there’s sufficient light. Special effects and tweaks can be added in your video editing software afterwards. 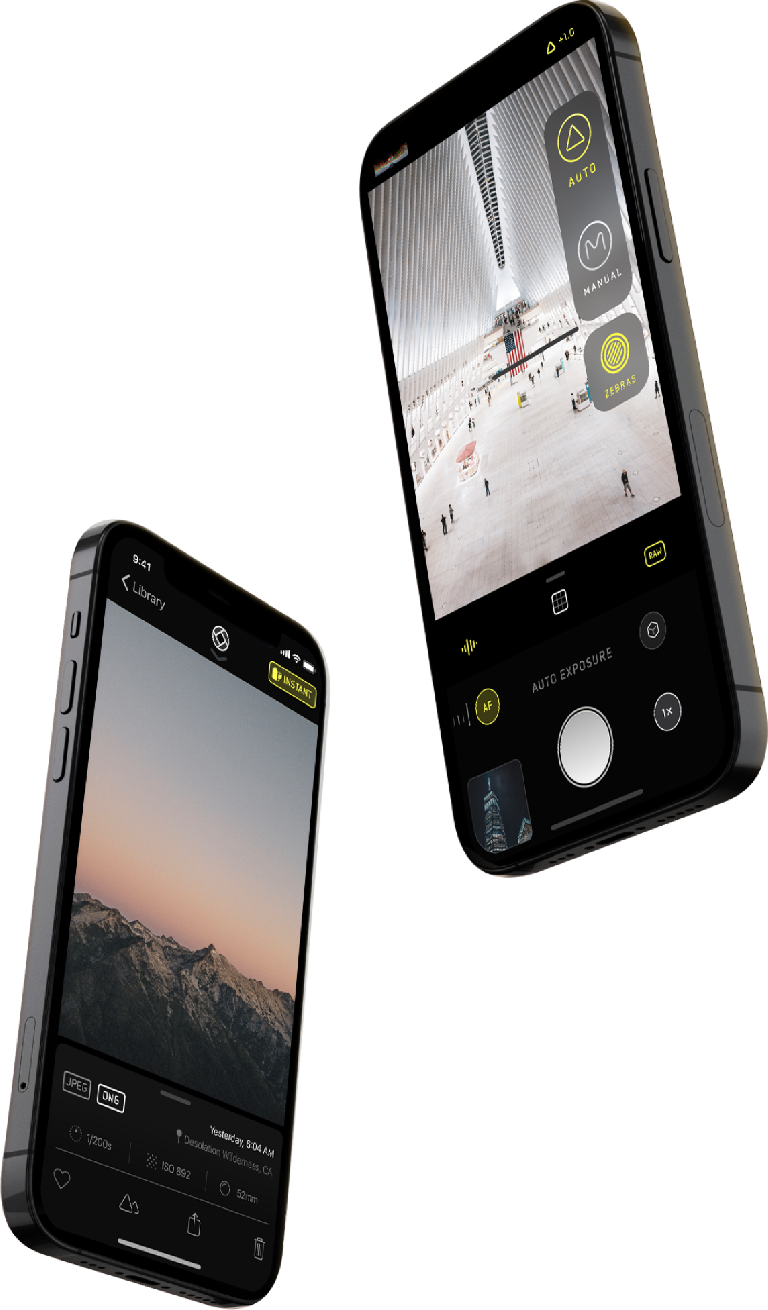 With a budget you can afford to shoot in specific premises or locations. But what if you don’t have a budget? Obviously the house, studio or garden of someone involved is perfect, but you can shoot in public spaces too provided you’re not on any kind of private land. It’s also advisable not to take up too much space or draw lots of attention to yourself - a kind of “guerrilla” approach, shooting quickly and discreetly will probably help here. One thing to remember is that turning up with tripods, lights and the like is much more likely to get you noticed and asked to leave. This is a grey area to an extent - you might be fine. But prepare to have to make your case to an irate security guard.

4. Use A Portable Speaker For Sync

Any kind of synchronised performance - vocals, typically, but also instruments, means the performer needs to be able to hear the music so they can mime along to it. Actually they can sing or rap along too, you’ll be overdubbing the studio track later anyway. Connect a speaker to your playback device - phone or laptop - so you can make the music loud enough for them to hear clearly from wherever they are. Of course you’re likely to be doing lots of fairly short shots, maybe in multiple locations, so a clapperboard substitute is a good idea for syncing sound and picture more easily in the edit later. This can be as simple as an onscreen hand clap. 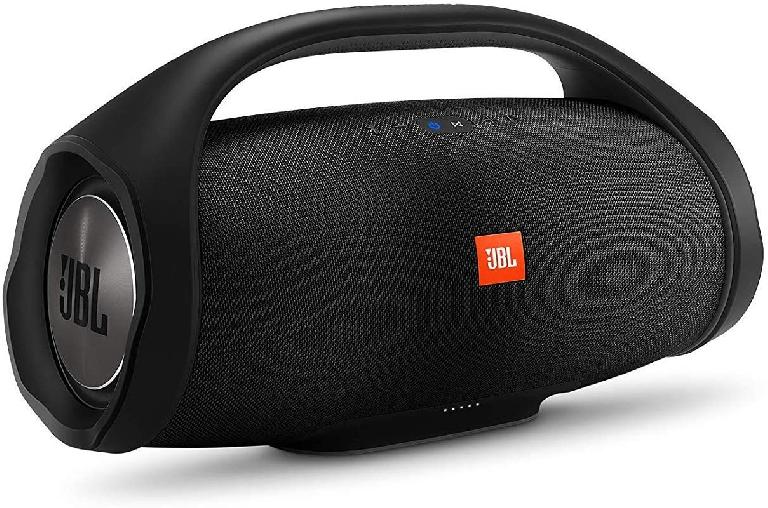 If your track doesn’t need a video that shows people singing or playing instruments you can be more free to use abstract footage. This might involve sourcing royalty-free clips from the internet, or filming your own stuff. You may want to use in-camera or post production effects to jazz things up. This can take some of your time but it’s probably not going to cost you very much, if anything, so it’s a good way to make more surreal videos on little or no budget.

6. Rope In Your Friends To Help

Of course people should be paid for their work and time, so this is an idea that is down to how you and your friends feel about helping each other out for nothing. If you don’t like the concept, why not propose a skill swap? It doesn’t even particularly have to be skills in the same area. Maybe someone drives you to a location and back, and you take some photos for their business? The specifics are entirely up to you but you might find some people think the idea of helping on a video shoot is quite unusual and appealing.

This depends how confident you are on a skateboard of course but instead of glide trains or dollies, use a skateboard to get dynamic, moving shots of your subjects. Any bumps should be ironed out by the use of a gimbal, and it’s important to remember that it’s not you that should be propelling yourself - you should be holding the camera or phone. Get someone to smoothly push or guide you along to get the required movement.

As we’ve mentioned, cameras with auto modes are really good at gauging light and making appropriate settings to get the best results without you having to do much. Daylight (though not very bright sunlight) is easy to shoot in but there will be times you want to create special lighting effects, or just compensate for less than perfect natural light. Movie lighting can be very expensive, but at the budget end of things, you can pick up continuous LED lights for under $50, sometimes called “video lights” and coming in bundles of two or three that reduce the unit cost further. Battery powered and compact, these can often be mounted either on their included stands or attached to the hotshoe on a camera, and will have variable brightness controls. Cheap lighting isn’t going to provide particularly subtle dynamics, but it’s a lot better than having no additional lighting available to you at all. 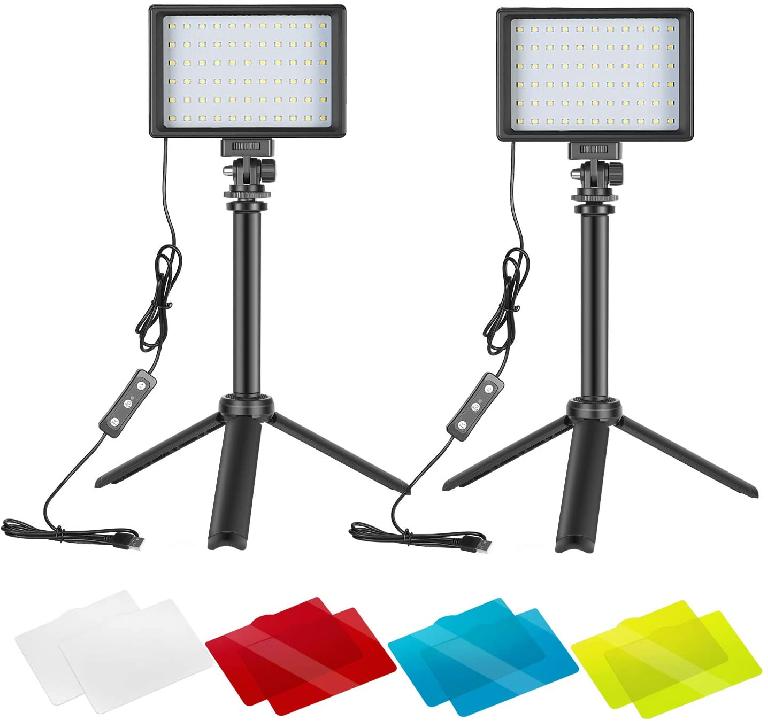