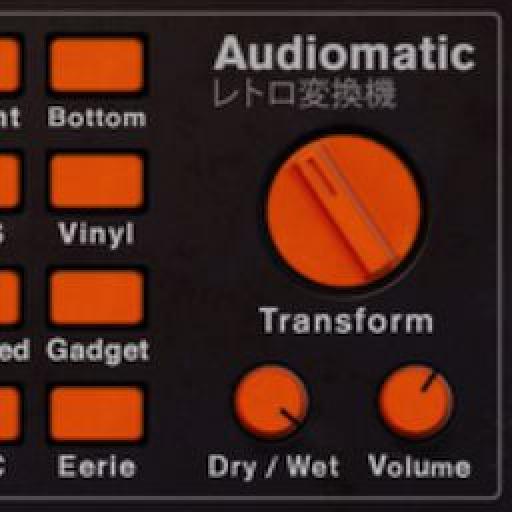 Reason 7: What is the Audiomatic Retro Transformer?

Language
What does 'Audiomatic Retro Transformer' suggest to you? Something harkening back to old skool technology? Analog warmth? Lo-fi? G. W. turns back the clock in this look at Reason 7's new device.

Hipstamatic is a very widely used and loved camera app for the iPhone, and other mobile devices abound. And, rightfully so! It does a wonderful job of making a good ol' modern photo and making seem a little frayed, worn, burned and... loved. Who would've thought that applying a hint of old technology to new technology would've brought back such nostalgia.

Being inspired by the mobile capture phenomenon, Propellerhead decided to make a new device that has the same behavior of Hipstamatic, but with audio. The end result is a device that lovingly brings back the nostalgia of various levels of recording qualities with such accuracy that you will definitely find yourself being taken back in time.

One of the most beautiful features of the Audiomatic is its simplicity and ease of use. Getting that 'Old School' feel takes no work whatsoever. Simply create the effect device like any other Reason effect and jump into it. Even though it's one of the most plug and play devices within Reason, don't let it fool you. The Transform, Dry/Wet, Volume and Gain play a much bigger role than you may think. And, those aren't even the main show on the Audiomatic!

The core feature of the Audiomatic are the 16 presets that are available to you right from the start. There are wonderfully sounding presets like Tape, Hi-Fi, and Bottom, for beefing up signals. And then there's the less utilitarian and more esoteric effects presets too, like PVC and Psyche and Eerie. All of these presets can be tweaked with the Transform knob. But, as I mentioned earlier, don't forget to play with the Gain, Volume and Dry/Wet knobs. The Gain in particular does a wonderful job of giving off a nice, analog style overdrive effect. 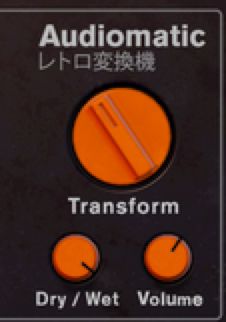 The Audiomatic Retro Transformer was actually intended for more than just tainting individual tracks, though it does do a wonderful job of this. Basses, Drums, Guitars, electric pianos and more will greatly benefit from this device. I even found Audiomatic to be a brilliant device for beefing up my bass synth patches. It adds a really warm bass undertone that I'm having a hard time living without now.

Furthermore, in addition to instruments and even parallel channel groups, the Audiomatic Retro Transformer is also intended for mastering final tracks. I'll happily report that it does a seriously good job of this. Tape, Hi-Fi and even Spread are wonderful for breathing some depth and nostalgic coolness to your tracks in a way that really wasn't easily available before in Reason. Seriously, you'd have to spend some serious time with Combinators to create even one of these presets with any accuracy.

Oh, and don't forget to try some CV modulation with the Transform function available on the back panel of Audiomatic. Presets like Eerie, Circuit and Cracked can be extremely interesting with a little modulation, or automation.

While the Audiomatic Retro Transformer isn't a game changer for Reason, like the RV7000 was. As you can see, it's definitely not a device to be ignored. We all need that little 'something missing' in a mix sometimes. But, this may end being a device that goes from being used sometimes to all the time. Try it out!