How to Setup Traktor with the Rane 62/64 DJ Mixer

Do you love Rane mixers but prefer to DJ with Traktor? Would you like to use Rane's custom Traktor mappings for Rane 62/64 mixers, but aren't quite sure how to start? You're in the right place.

Here's how to set up Traktor mappings on the Rane 62/64 with a Traktor soundcard:

2. Open Traktor's Preferences by clicking on the Preferences icon in the upper right-hand corner, then navigate to the Controller Manager section. 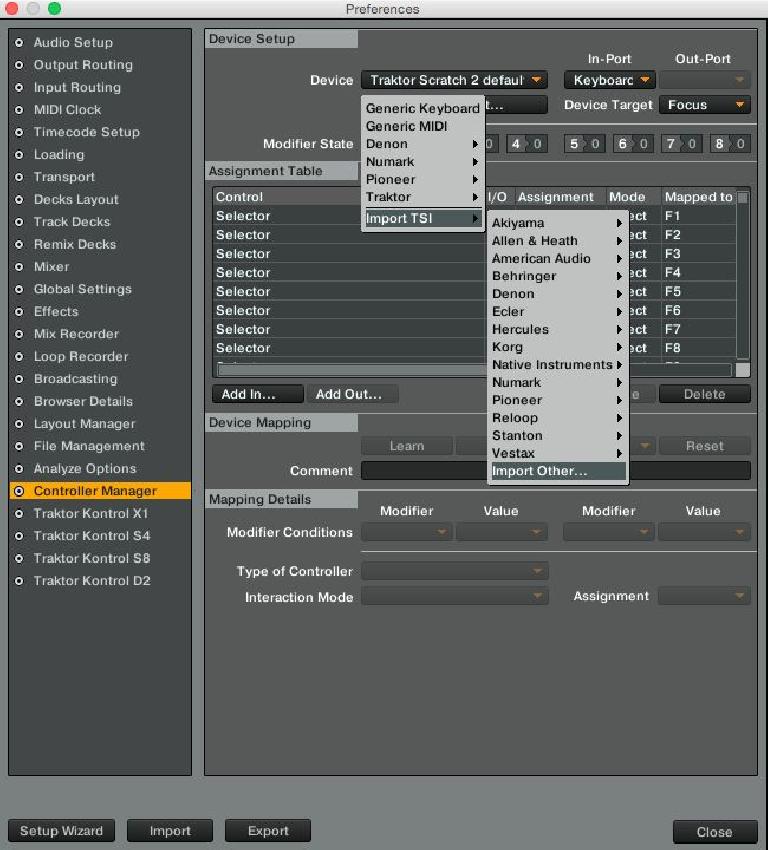 3. Click on the 'Add' tab and choose 'Import'. Locate the .tsi mapping file you downloaded and open it. Make sure the In-Port and the Out-Port are set to the Sixty-Four or Sixty-Two.

If you are using a Traktor sound card, simply connect your sound card as you normally would and begin to use the Traktor mapping.

HID stands for Human Interface Device and allows a hardware unit, such as a CDJ, to send information to and from a computer. The main advantage of using HID mode is that HID responds to movements with almost no delay. The most popular HID controllers are the Pioneer CDJs; more information about how to connect these players in HID mode can be found here: http://dj.rane.com/blog/we-love-hid

3. To route Traktor's audio to your Rane mixer, open the Traktor Preferences and click on Audio Setup.

In the Audio Device tab, choose either the Sixty-Two or the Sixty-Four.

4. Next, click on the Output Routing tab and choose 'External' in the mixing mode section. For the Sixty-Four, setup your outputs as follows: 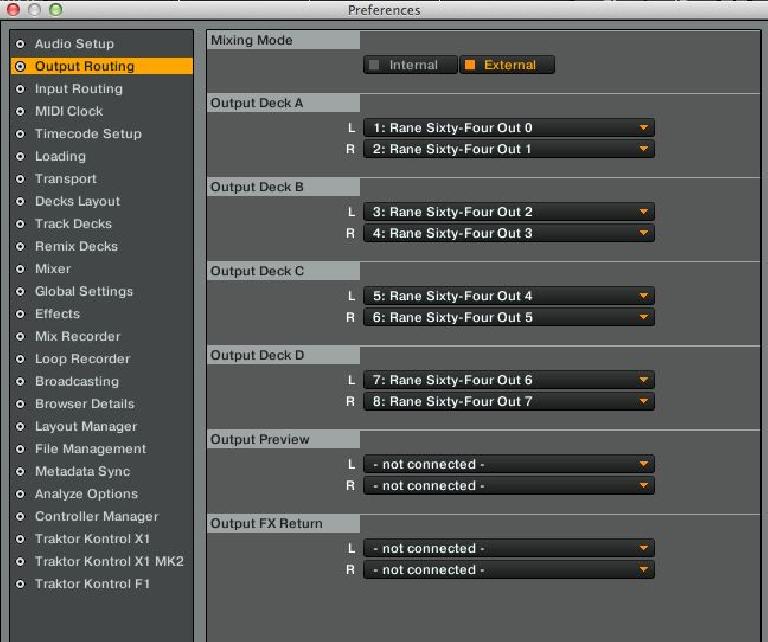 If you are using the 62, you only need to setup Outputs for Decks A and B.

Here's an outline of both of the mappings: 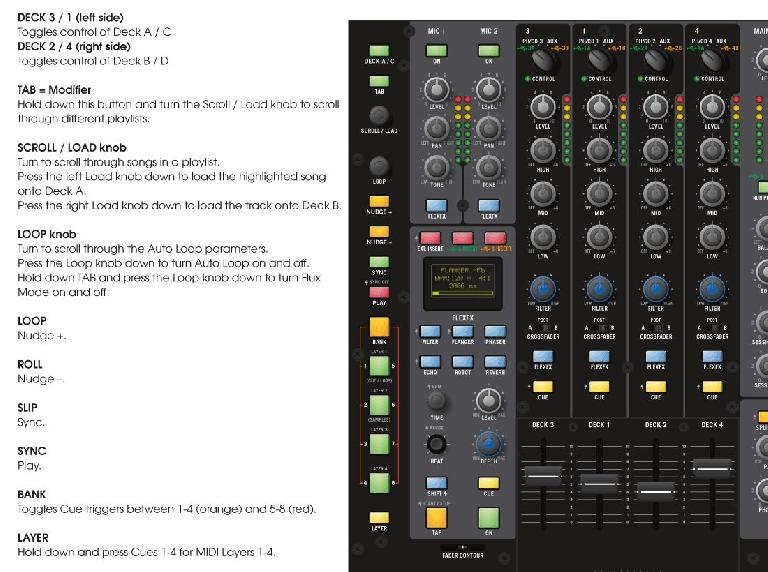 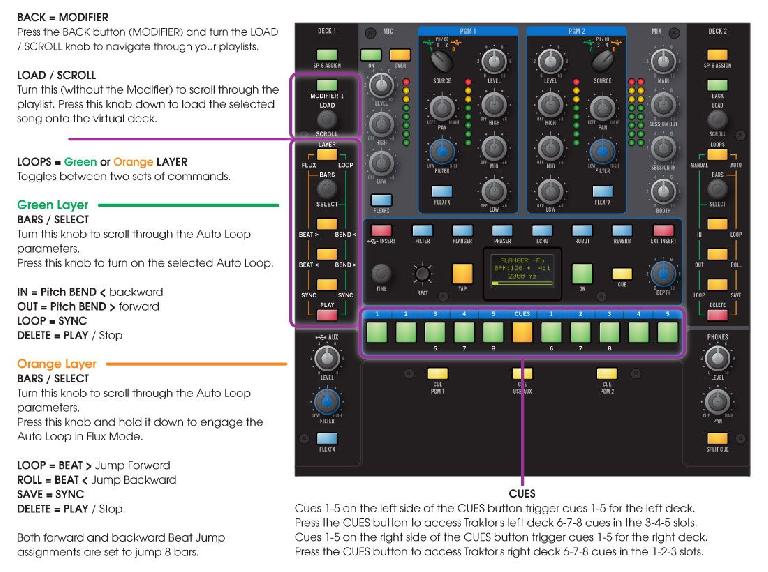 A few of the most important features in the mappings are the Scroll/Load knob, which allows you to scroll through tracks in a playlist and the Tab (or back) button, which you hold down and turn the Scroll/Load knob to scroll through different playlists. Many of the buttons are intuitively mapped, including the Loop button on the mixer. The 64 mappings use the layer buttons to layout the cue points, while the cue points for the 62 mapping are laid out using the cue buttons laid out horizontally on the mixer. Overall both are solid mappings that work well and can be effectively used for club sets and turntablism routines. The Rane mixers are some of the best mixers in the world, and it's a joy to use them together with Traktor!

Learn to DJ using Traktor in this video course in the AskAudio Academy.