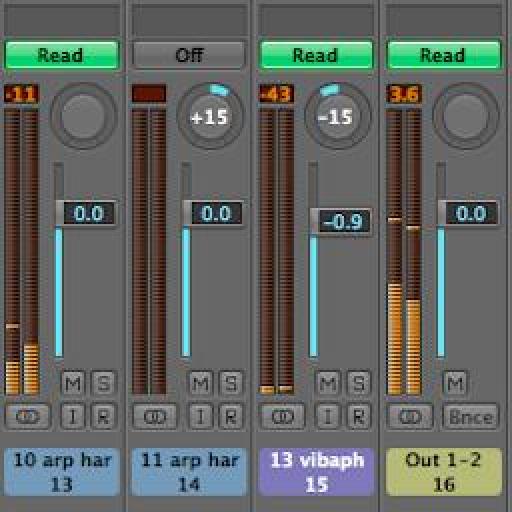 Language
Spacious. Interesting. Wide. Powerful. Clear. Cohesive. Punchy... These are some words that might be used to describe a good mix. But mixing is not a one-size-fits-all art or science. There is no one

Spacious. Interesting. Wide. Powerful. Clear. Cohesive. Punchy... These are some words that might be used to describe a good mix. But mixing is not a one-size-fits-all art or science. There is no one way to mix a song and certainly no magic cheat sheet that can tell you the exact amount of compression, reverb, EQ, panning, etc to apply to your mix to make it a top ten hit. This is why Mixing is such a fluid, open and interesting area of music production. There are, however, some generic Mixing "rules" you should bear in mind, although I prefer to think of these as "tips" that can help guide your mixing process and not determine it. These tips apply to any DAW (Logic, Sonar, Cubase, Pro Tools, Live, etc) you are using, and are not tied to a particular style of music either. So without further ado check out the tips below and add your own by hitting the Comments area at the bottom of the page!

Possibly the most overlooked and ignored advice for mixing is to take regular breaks and Mix with fresh ears. I can't emphasize this enough which is why it is the first tip. Mixing with tired ears will probably not result in a great mix... so take a break, give your ears and mind a rest. A good break will likely change your perception of your mix and make for happier ears!

For example, whenever you feel the mix is finished, leave it alone and come back to it 24-48 hours later. Listen to it and compare the listening experience to your earlier impressions.

If you're mixing a track in a particular style, e.g. Pop, Rock, RnB, etc, then it's useful to have a commercial reference track or two to hand. Use this as an example. Listen carefully to it so you can identify where all the instruments sit in the mix and how they develop a sense of togetherness and clarity. Occasionally while mixing, or during a short break revisit the reference track and compare and contrast. Don't be too concerned about the loudness (you can leave that for the Mastering stage) - listen out for the levels, EQ, reverb, panning, etc.

Remember that the reference track is just that... a reference. You shouldn't necessarily feel forced to duplicate it exactly, especially if the song you are mixing has a different story and may be asking for different elements / instruments to be highlighted than the reference track.

As a general rule... or should this be a tip?... In most style of music the Bass and kick drum are never panned! In order for the sound to be distributed evenly over a stereo system it's important to keep them central in the stereo field. There are times when a Bass sound contains a lot of harmonic content that you may wish to spread the higher frequencies across the stereo spectrum. Used sparingly this can work well...

You may wish to use plugins such as the correlation meter plugin in Logic to check the phase relationship of a stereo signal by placing it on your Main Output channel...

It's common to use a compressor to help the vocals sit comfortably in the mix. This will help even out the levels of an uneven vocal performance and make the vocals sit on top of rather than float above and dip below the rest of the instrumentation! However, don't be tempted to whack a compressor on the main output. Leave that for the Mastering engineer or if you have the know-how on Mastering then approach that when the mix is complete. 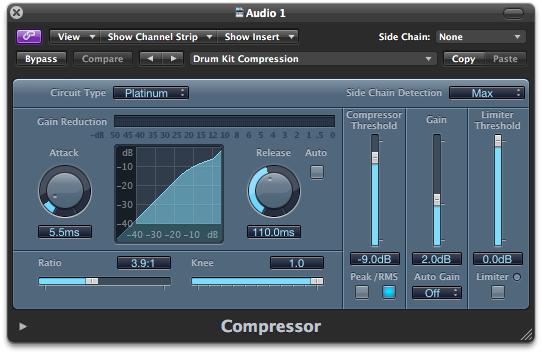 No one like a muddy mix. It's unusual that any stereo system will be able to (or it's desirable that it can) playback frequencies below 30Hz. Try apply a low-cut filter on your bass intensive sounds to roll off some of the low-end at about 30Hz. 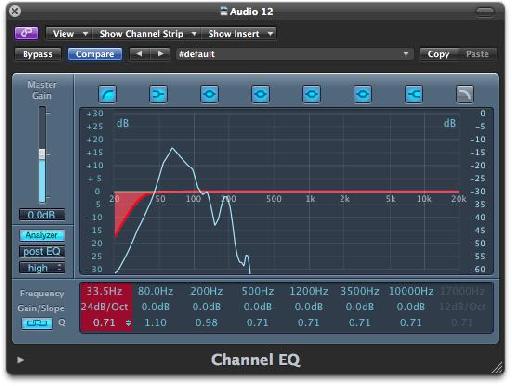 Even a wonderful mix with the levels, panning and EQ balanced well can become boring to listen to if it's static throughout the song. Every DAW these days enables automation (or the changing of Gain/EQ/Reverb/etc over time). This enables you to easily drop the levels of the guitars during the quiet chorus or build up the synth lines before the second verse, etc. Used carefully, automation can take your mix to a new level and the listener on a sonic journey.

The equipment you use to mix is vital. It's important that you learn your monitoring equipment in order to create a mix that will sound good not just on your system but anywhere. Check your mix on headphones, iPods, car stereos, as many playback systems as possible. With some time you'll learn how to create what sounds good on all systems using your speakers of choice with your DAW.

Tip 9 - Guitars can Get in the Way

A guitar (or similar instrument) can occupy a lot of the mid-range frequency spectrum. This can also muddy the mix. Rather than boosting the higher frequencies, try attenuating the lower frequencies. One of the more common approaches to mixing is to boost levels, EQ, etc... but this can often cause a mix where instruments are competing for space. Better to cut / lower the low-mid range in this case to provide more space for other sounds.

Mixing in-the-box on a Mac or PC can be a distracting affair. Lots of pretty plugins, level meters, visual cues such as "the EQ band is attenuated by -2dB"... can make you into a visual music mixer! Occasionally, closing your eyes and trusting your ears can remove these visual distractions and help you to focus on the sound itself rather than the information about the sound.

In a similar way try listening to the mix from different positions in your room and even from outside the room. Not only does this exercise your back...  this is a common method to help identify areas that require balancing. Perhaps this works so well due to ear-fatigue, but whatever the reason, it works surprisingly well!

.
While no-one can tell you to dial "xx" into a particular plugin to magically perfect your mix, there are Mixing tutorial videos here, here and... here, that show you useful mixing techniques perfected over time by experienced and successful Mixing engineers...  Check them out!

Andy Mawson
Thank you Mr. Sethi for your straight forward advice. General enough to apply to everyone, specific enough to give everyone a useful take-away. So many self-anointed experts out there can only tell us what a mysterious and esoteric art mixing is and that one can't possibly know anything about it until one has worked in a studio for twenty years. Thanks Mr. Sethi for helping me out.
Rounik
Hi Andy,

Thanks! Appreciate the kind words... and most of all glad you got something from the article.