Language
What do you get when ambient composer Robert Rich visits the Moog Music Factory and plays with a Modular System 55? Watch the video to find out with plenty of trippy visual effects too.

Ambient musician and composer, Robert Rich, is well-known for creating immersive soundscapes that transport the listener to another place. While studying in Stanford's Center for Computer Research in Music and Acoustics during the 1980s, Robert would perform nine hour "Sleep Concerts" - influencing the REM sleep cycle of the audience with auditory stimulus. 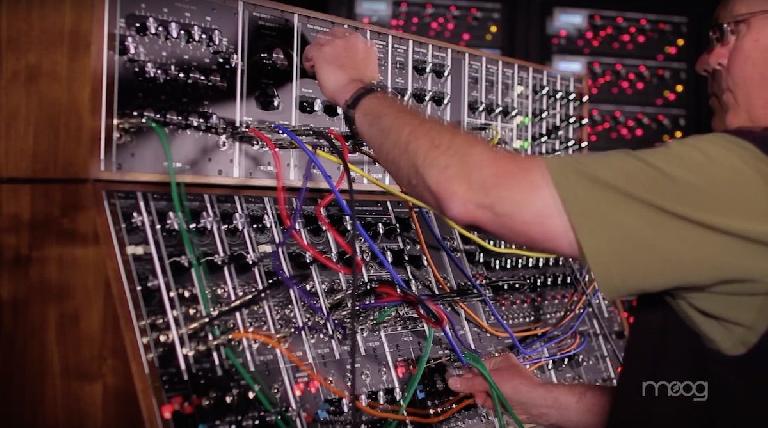 During a visit to the Moog Music factory in Asheville, NC, Robert engaged in an atmospheric session with the Moog Modular System 55. Controlling the massive hand-wired synthesizer, Robert orchestrates a sonic continuum that evokes the perpetual organic motion of the natural world.

Regarded as a pioneer of the ambient style, Robert Rich's output of surrealist soundscapes and experimental exhibitions spans over three decades. Watch as Robert talks candidly about his earliest musical influences, modular synthesizers, and learning polyrhythm from tree frogs in this video interview from Moog's CAT 5 series.

Learn more about synthesis in this video series by The Bob Moog Foundation HERE.