Language
Zerodebug announced today that in honor of touchAble's fifth birthday, it is offering 5 days of special deals and discount on its IOS controller app dedicated to Ableton Live. Celebration time!

20 October, 2015–Released in 2010, the acclamaided IOS controller which has continuously involved since its first version, has been updated to version 3.1 today, and marking the 5th anniversary of an app positionned as a serious alternative to hardware controllers which can be twenty times more expensive.

Note: We reviewed touchAble 3 in December 2014 and had VERY good things to say about it. Read the review here.

"Just five years ago we launched the first complete IOS controller dedicated to Ableton Live, which was also at this time one of the first IOS music App massively embraced by pro musicians, djs and producers. From that time mutlitouch controllers have proven their undeniable utility and since the first version of touchAble we have introduced countless new features, ideas and new technologies. With the relase of touchAble 3.1 today, we would like to celebrate our 5th birthday with five days of special offers."

touchable 3.1 brings several new features requested by its user community  such as Modwheel for keyboards, variable font-size, following modes, and the app stays now fully active in the background.

The Live Device Template Pack available as in-app purchase since few months offers now an addition of 13 Max for Live device templates on top of the 42 already existing. 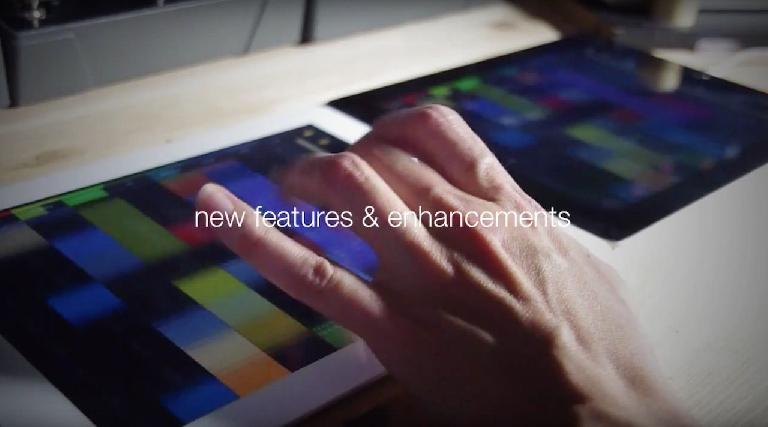 touchable 3.1 is also fully compatible with Launchsync and forthcoming Launchsync 2 by Isotonik which gives the ability to sync together all 6 control surfaces available in Ableton Live, such as Ableton Push, Novation Launchpad, Launchcontrol or Akai APC40 series.

"If you've been waiting to jump on multitouch to control Ableton Live or simply want to expand your touchAble setup, the next five days is the time to do it. touchAble is by far the most complete solution and we are very proud to celebrate five years of experience in this domain. 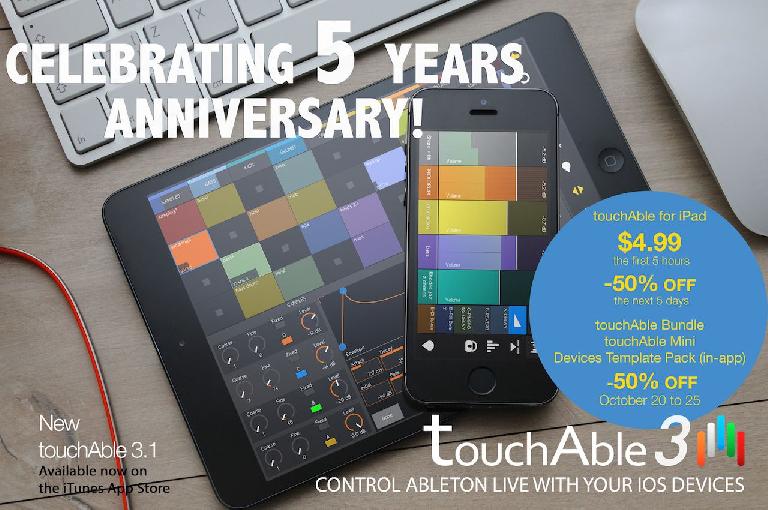