Language
Tascam tell us the new TM-80 studio condenser microphone brings the big studio sound at a price anyone can afford. It's internal circuitry is designed for low noise and distortion too...

NAB Show, Booth SL4707 (April 13, 2015): TASCAM's new TM-80 is a condenser microphone designed and priced for home recording. The condenser mic features an 18mm aluminum diaphragm with a cardioid pickup pattern that sounds great on anything from vocals to acoustic instruments. Internal circuitry is optimized to reduce noise and distortion while retaining rich, full sound quality.

Included with the TM-80 are a tabletop stand, six-foot XLR cable, and a elastic shockmount to reduce rumble and noise during recording. And at a street price under $60, the TM-80 is priced less than many dynamic microphones. 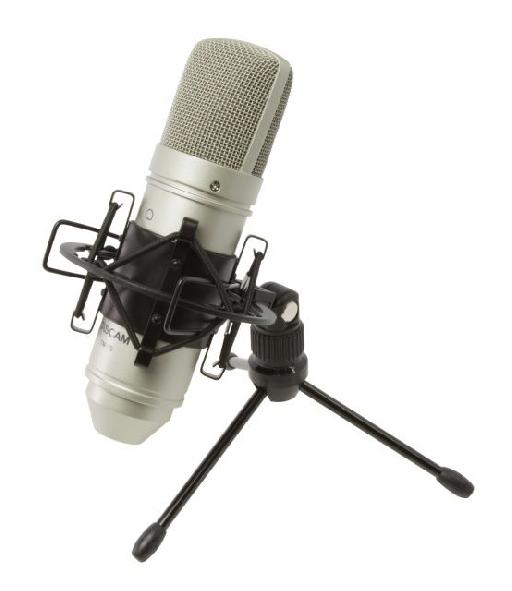 Tascam TM-80 in the tabletop stand.