TAL-DUB-X Is An Endlessly Cool Delay Effect, Now In BETA

Language
Just released, the new TAL DUB-X delay plugin is in BETA but available to buy and download. It features a special saturation stage and low pass filter with resonance. Lots to like with this one.

Secrets can be hard to keep. But kudos to Greg Cole who kept this one under his hat until renowned audio software developers, TAL, let the cat out of the bag on their new TAL-DUB-X delay plugin.

Currently still in BETA, this new revamped plugin based on the original TAL-DUB, is available now for $16.

Here's what the good folks at TAL have to say about their new release:

"TAL-DUB-X  a remake of our popular original freeware TAL-Dub plug-in with a lot of additional features and AAX, OSX 64bit support. TAL-Dub-X is no emulation of a specific hardware delay effect and it has its own special sound. Don’t expect one of the very clean digital delays. An important part of the delay is a special saturation stage and a high quality low pass filter with resonance setting. This makes the delay suitable for endless delay effects. It’s possible to use MIDI automation to control the parameters." 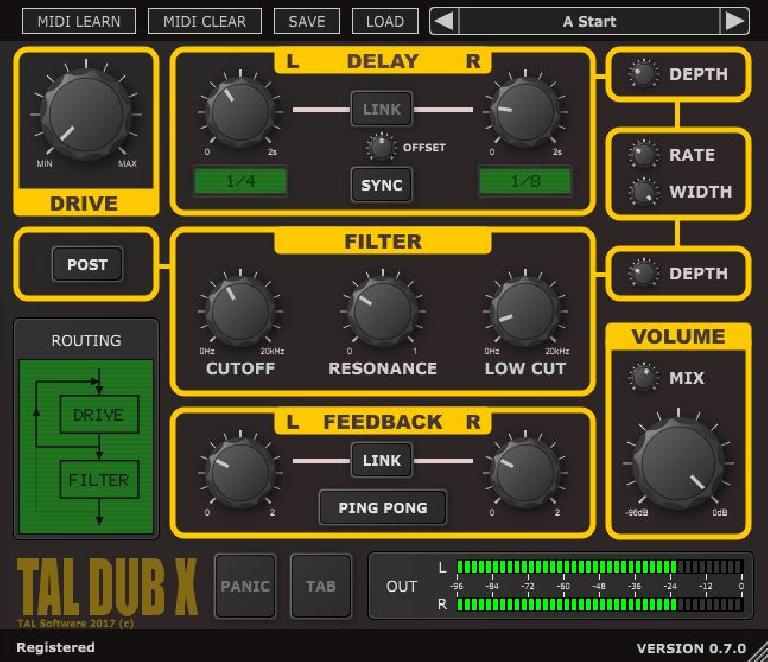