Describing the Aurora, Roswell founder Matt McGlynn said, “We built this mic for recording engineers looking for an ultra-clean FET sound. It works particularly well on vocals and acoustic guitar, where its balanced frequency response, low noise, and high output outperform most competitive offerings.” Added McGlynn: “I think the Aurora will be an eye-opening, and ear-opening upgrade for project studio owners accustomed to buying mass-produced mics. The Aurora’s high sensitivity means that singers will hear more music and less hiss in their recorded tracks.”

The microphone uses a highly optimized transformerless circuit, which provides a pristine, low-distortion signal path. Two switches provide a choice of Cardioid and Omni polar patterns, and a 10 dB pad. The mic has a frequency range of 20 Hz to 16 kHz, with a response curve carefully tailored to provide full lows, neutral mids, and high-frequency detail without sibilance. Its sensitivity is 40mV/Pa, with a self-noise level conservatively rated at 12dBA. The mic’s 7.25?? x 2?? body is made of heavy brass, finished in black. The brass mesh grille is brushed silver.

The microphone’s circuit is built by hand in the US, using the finest components sourced from around the world, including low-noise NOS transistors and audiophile capacitors. Each Aurora is assembled in California, burned in, and extensively tested after manufacturing to ensure the best possible performance. 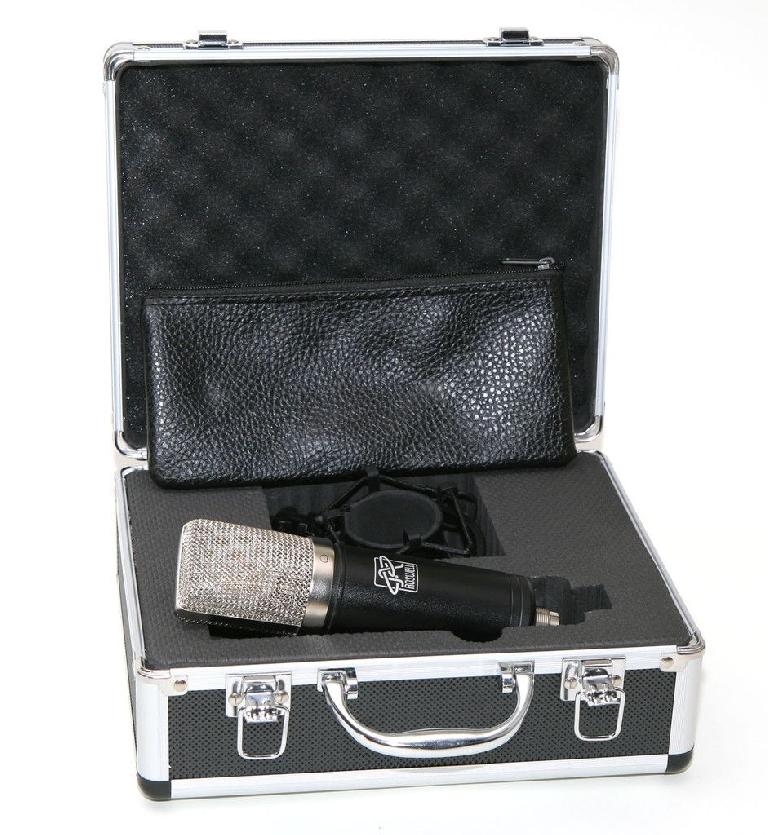 Describing his exacting construction and testing standards, McGlynn said, “Because we build and test each Aurora in-house, we take steps that mass-produced brands wouldn’t dream of. For instance, we match capacitors within each mic, and manually bias every JFET to ensure the highest possible sound pressure level with minimal distortion.” Added McGlynn: “After assembly, we put every Aurora through an acoustic sweep test to measure its response. We modify each circuit individually to set its high-frequency peak and rolloff. After that, we burn in each microphone for 24 hours, and then conduct final listening tests and QC inspections. We defined this process to ensure that every Roswell microphone delivers superior performance.”

The Aurora includes an elastic shock mount, a vinyl storage pouch, and a compact flight case.

The Aurora is available now from Roswell Pro Audio’s network of U.S. dealers at a US MAP of $749. Non-US customers can purchase the microphone directly from http://roswellproaudio.com/