Language
BIAS FX for Mac, Windows and iOS provides any pedals, amps, stereo FX and routing options any guitar player could dream of. Plus, Positive Grid tell us it has the best sound quality possible.

Positive Grid/ San Diego, Apr 28th 2015 (ictw) - Positive Grid, creator of the highly acclaimed and popular BIAS Amp guitar-amp modeler and designer, today announced the release of BIAS FX: the first ever cross-platform guitar multi-effects and guitar amp system that gives musicians the most advanced and best guitar sounds for Mac, Windows and iOS. BIAS FX is utilizing the amazing processing power of todayâ€™s mobile and desktop computers to provide the next level in pro-grade amp tone and stunning effects. All in a visually appealing, easy to navigate Pedalboard-/ Rig-Layout with various output options for the use in conjunction with traditional guitar amps, power amps with guitar cabinets or full range systems and of course no hassle, superb tone direct recording.

Recent breakthroughs in technology, particularly with mobile devicesâ€™ chip sets, allowed Positive Grid to approach engineering BIAS FX with a no-compromise mindset to produce the best possible sound quality. A huge collection of newly developed, high-definition pedal and rack effects is included: Noise gate, boosters, overdrive, distortion, fuzz, equalizers, tremolo, phaser, flanger, chorus, octaver, compressors, delays and spring and plate reverbsâ€"everything a guitar player needs for massive tone, with all the flavor of both modern and vintage stomp boxes. Throw all that together â€" it is pedalboard heaven, but without the hassle of hauling around dozens of stomps in a heavy metal box and fumbling with a snakepit of cables. Show up at the studio or gig, boot up and play! 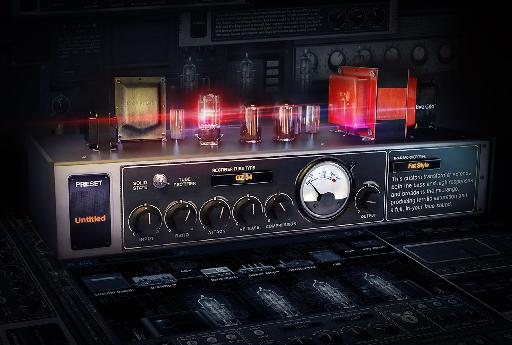 Insanely powerful, yet easy to use

BIAS FX is the most powerful processor ever made by Positive Grid, yet its simple drag-and-drop interface makes it extremely easy to use. Dual virtual amps provide the resonance and vibrancy of playing through two real amps set up together in wide stereo. When integrated with BIAS Amp Designer (available separately), you can select a different preamp, power amp, cab, mic and eq for each of the two amps. Patch everything together, including all pedals and rack effects, in any order you wish in dual signal paths running in parallel. And since BIAS FX seamlessly integrates with other audio apps using Inter-App Audio, you can insert third-party effects for guitar, bass, piano, synth, percussion and other instruments anywhere in its dual signal paths. BIAS FX makes it easy as ABC to go nuts with your tone! 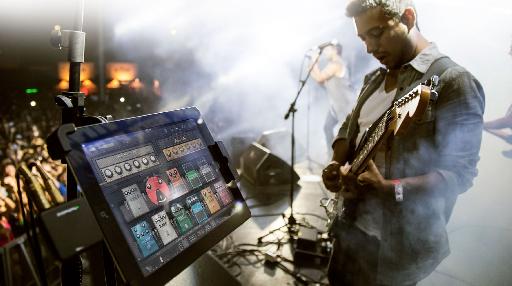 There are already thousands of pedalboard configurations available on ToneCloud for you to own, and the banquet keeps getting bigger and bigger: Positive Grid continues to work with famous artists, producers, and engineers from all over the world to create a massive, ever-growing library of extraordinary virtual pedalboards and rigs for BIAS FX. Browsing and downloading from that library is a snap: All the effects and amps in each setup can be seen at a glance, because theyâ€™re stored as Pinterest-like snapshots. Simply scroll through the online images to select the presets of interest, then tap or click to download. But thatâ€™s just the beginning. BIAS FX and ToneCloud also integrate fully and seamlessly with BIAS Amp Designer, providing access to thousands of custom-designed guitar and bass amp models. BIAS Ampâ€™s groundbreaking Amp Match technology captures and clones the sound of any ampâ€"virtual, live-miked or pre-recordedâ€"and stores it in a profile that you can open for instant use in BIAS FX.

â€œItâ€™s mind-blowing to see how much better musicians can play when they have great tone, and it drives us crazy to see many are playing and recording with lifeless effects and clunky interfaces,â€ says Calvin Abel, Product Manager for Positive Grid. â€œWe wanted to create something that hadnâ€™t been done before, using todayâ€™s most advanced technology. The result is BIAS FX. The sound quality is totally without compromise. The interface was designed for fast and easy use with both mobile devices and computers, on the road or in the studio. And for the first time ever, you can create, upload and share your dream pedalboards and rigs, and download any other userâ€™s pedalboards and rigs, using BIAS FX with our ToneCloud network.â€ 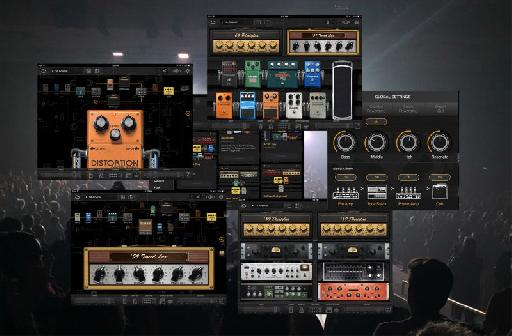 BIAS FX ($29.99) is now available from the Apple App-Store for iPad. The BIAS FX Desktop Explorer program is now open for signup to Mac and Windows users.