Paraphonic mode, filter tracking, new presets and more are added in the update - plus a chance to win one of only 5 special edition models ever produced!

Novation's Bass Station is one of the most legendary synths in modern music, having featured on countless electronic tracks you know and love. Incredibly, it's 25 years old - and got an update with the Bass Station II hardware. Now to celebrate its anniversary, Novation has released a free 2.5 firmware update that adds great new features including paraphonic mode, filter tracking, envelope retriggering and much more. And to top it off there's a chance to win one of only 5 special edition models ever produced! 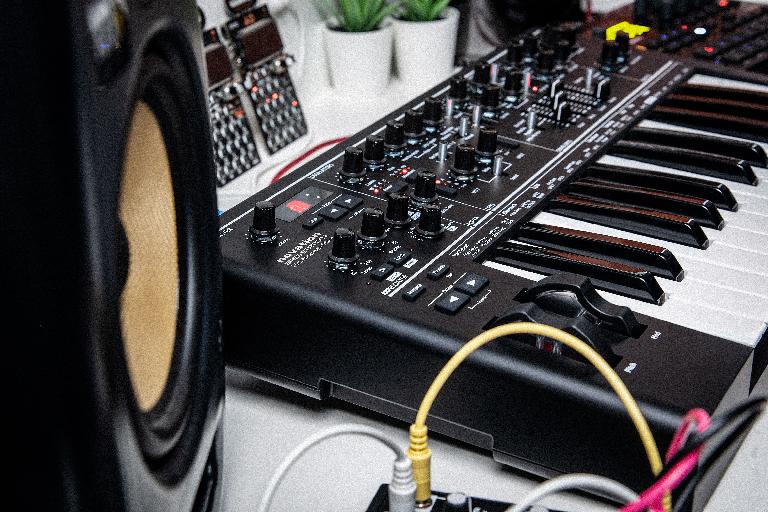 "To celebrate 25 years of Bass Station and thank users for their support, Novation is releasing the Bass Station II v2.5 firmware update and giving away a Bass Station II 25th Anniversary Edition – one of only five units off the production line!

The v2.5 firmware update adds some of the most requested features including filter tracking, paraphonic mode, microtuning and new preset Soundpacks. Installation couldn't be easier from the Novation Components content manager.

Bass Station II is now a paraphonic monosynth, because you can control the pitches of each of the two oscillators separately in its single-voice architecture. Play two notes at a time rather than just one and get interesting interactions through the Ring and Filter Mod.

Filter tracking was one of the most requested features. The filter includes variable keyboard tracking in Bass Station II v2.5 – the best for matching higher notes to increased brightness.

Bass Station II's secret sound-design weapon is envelope retriggering. It’s now possible to configure your envelopes to retrigger once the decay stage has ended, opening up a whole range of new possibilities.

Oscillator error introduces a small and adjustable random detune on each note-on event. This can be used to generate some very beautiful, subtle (or not) musical dissonance, very much in the same way that vintage synths do (because of the looser tolerance of their electronic components). Paraphonic mode makes it as dramatic as possible.

Completely control the frequency triggered by each key press, giving your scales another dimension.

Find out more and enter the competition: https://www.facebook.com/groups/synthowners