Language
The new 1248, 8M and 16A audio interfaces from MOTU offer Thunderbolt, mixing and audio networking. Find out more below.

"The culmination of years of R&D, these exciting new products from MOTU usher in a new era in audio interface technology," said Jim Cooper, Director of Marketing at MOTU. "The new 1248, 8M and 16A audio interfaces offer a breakthrough combination of superb audio quality, large-scale mixing, powerful DSP and system expansion through the IEEE's new AVB Ethernet audio networking standard." 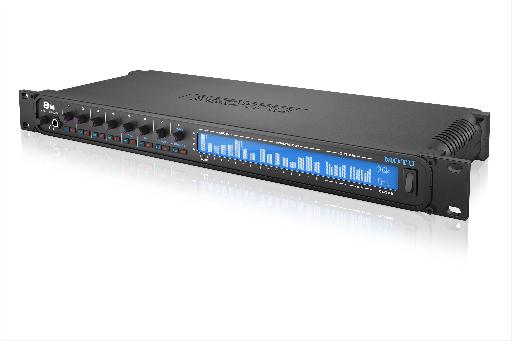 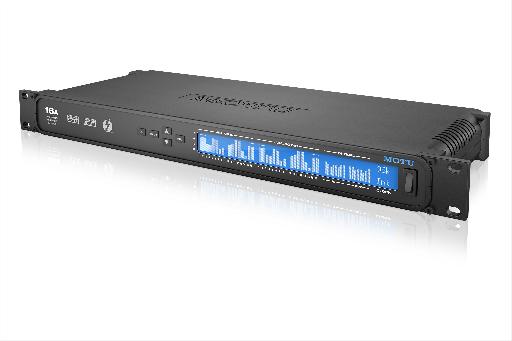 Equipped with the latest-generation ESS Sabre32 Ultra™ converters, analog performance has been engineered for even the most demanding listening situations. For example, the balanced TRS analog outputs provide a measured dynamic range of 123 dB (A-weighted, 20 Hz to 20 kHz). Analog I/O latency is very low, with round trip performance of only 32 samples (0.66 ms) at 48 kHz. Each unit provides comprehensive metering for all inputs and outputs on a large, backlit 324x24 pixel LCD.

The 1248, 8M and 16A are equipped with latest-generation DSPs that drive a 48-channel mixer designed after large format mixing consoles. With 32-bit floating point precision, the mixer's 48 inputs can take signal from the physical inputs on the interface itself, audio channels from host software on the computer, audio network streams and mixer outputs. The mixer provides 7 stereo aux busses, 3 groups, a reverb bus that can alternately serve as a 4th group, a Main Mix bus and a separate Monitor bus that doubles a solo bus. Effects include classic reverb, 4-band modeled analog EQ, modeled vintage compression and gating. A flexible matrix routing grid makes it easy for users to route audio to and from the mixer, the computer and audio network streams, including the ability to split a single input (or input pair) to multiple destinations. 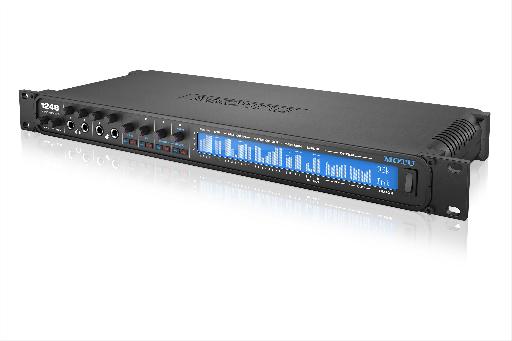 All three interfaces are equipped with a single AVB Ethernet network port. Developed by the IEEE, the 802.1 Audio Video Bridging (AVB) extension to the Ethernet standard has been engineered to deliver reliable, scalable, low-latency, high-bandwidth audio networking. Users can add a 2nd MOTU interface to their system with a simple CAT-5e Ethernet cable or build a system of three to five interfaces connected to the five-port, 1-Gigabit MOTU AVB Switch (sold separately). No special IT expertise or network configuration is required, as AVB is designed to be plug-and-play.

By daisy-chaining additional MOTU switches (or 3rd-party AVB switches), large-scale networks can be installed in multi-room studios, performance venues, houses of worship, university music departments and other similar facilities, using existing Ethernet cabling infrastructure and long cable runs (up to 100 meters) between devices and switches. Multiple computers can be connected throughout the network, and all devices and computers on the network can route audio to/from all others.

Each MOTU interface on an AVB network, or any computer connected through Thunderbolt, can simultaneously send and receive 128 channels of network audio I/O. A MOTU AVB network supports over 512 audio channels, and point-to-point network latency is fixed at only 30 samples (0.625 ms), even over multiple switches, when operating the system at 48 kHz. AVB provides unified, system-wide, precision clocking and synchronization that is measured in nanoseconds. Users can simply click the "Become Clock Master" button in the control software to immediately resolve all devices on the network to the chosen master device. 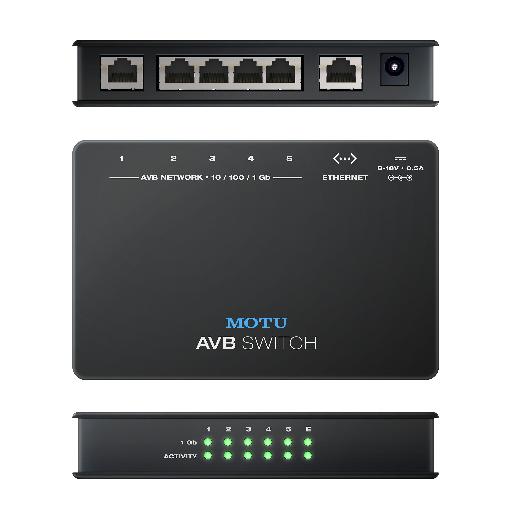 Any available network port, including the extra (6th) Ethernet port on the MOTU AVB Switch, can be connected to a standard Wi-Fi router (such as an Apple™ Airport™) or directly to a local Ethernet network, to give the user, or multiple users, complete access to device settings, audio routing features and the 48-channel mixer from web app software running on their laptop, iPad, tablet, and smart phone '" even multiple devices simultaneously '" from anywhere in their home, studio, or facility. Unlike other audio interfaces, which are controlled from a software application running on a computer, the control software for the 1248, 8M and 16A is a web app served from the unit itself to any web browser running on any web client connected through Thunderbolt, USB, Ethernet, or Wi-Fi. Through Wi-Fi, for example, each musician in a band could control their own headphone mix from their own iPad, with no computer necessary, even when operating just a single interface such as the 1248. If the network is connected to the internet, users can update the firmware in their MOTU interfaces (and switches) from MOTU's cloud servers with just a few clicks.

For complete info on the web: