Members can get these two plug-ins for free, as well as up to 50% off purchases for a limited time. Here's how to take advantage of the deal.

Focusrite has announced the latest free software giveaway for members of its Plug-in Collective community: Audiority’s Deleight and Distortion 1 VST/AU/AAX plug-in effects. Both are available for download from 4 July to 5 September, and over the same period, Plug-in Collective members can also claim a 50% discount on any single plug-in in the Audiority store, or 15% off the company’s Effects Plugin Bundle (bringing the price down to $297.50).'¨

Deleight is a stereo multi-tap delay, based on late 90s digital hardware, with four taps per side, discrete Left, Right and Feedback channels, LFO modulation and a looper mode. Distortion 1 models an iconic Japanese stompbox from the late 70s, capturing every nuance of the original hardware and making it supremely quick and easy to bring edge and bite to your guitar tones. 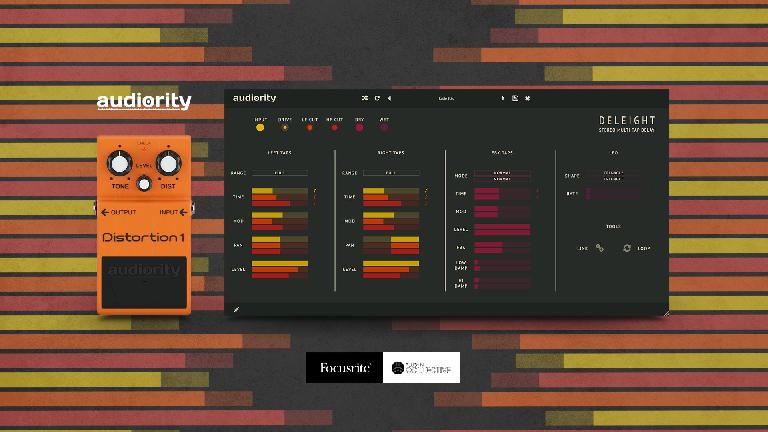 All Focusrite customers have to do to take advantage of this offer is to make sure their hardware is registered; details of the deal then lands in their account. But the offer is available for a limited period only; they must download the plug-ins by 5 September 2019.