Apple releases Logic Pro with the new Dolby Atmos rendering options we've all been waiting for!

An important minor release for mixing in Dolby Atmos

But first let me give a little background. When Apple released Logic Pro 10.7 in October of 2021, it included the much anticipated Dolby Atmos Renderer. However, mixers soon realized that when they mixed using Dolby Atmos the mixes sounded very different when played back in the Apple Music store. This was because Apple had its own interpretation and implementation of Dolby Atmos in their Spatial Audio technology. This caused some frustration in the mixing community as you can well imagine! Well, the problem is solved. Logic added three new monitoring options for their Spatial Audio technology:

-Apple Renderer (Head Tracking): Used by Apple Music to render a binaural spatial audio mix for playback on Apple headphones that support head tracking. This format is only available when a head tracking-capable device is selected as the output device in Logic Pro preferences. Head tracking is turned off when bouncing with this format.

-Renderer for Built-in Speakers: This format is only available if you use Logic Pro on a computer that supports spatial audio playback on internal speakers, and the speakers are selected as the output device in Logic Pro preferences.

These along with the standard Dolby Renderer now allows you to "hear" your mixes the same way your audience will when they download/stream your music from the different music stores. It's true that it will be necessary to create a special Apple Music mix version of your tunes if you want to release them on Apple's platform. But Apple's user-base is huge and their patented dynamic head tracking technology designed for AirPods Max, AirPods Pro, AirPods (3rd Generation) and Beats Fit Pro can greatly enhance the user's listening experience.

We've spent a little time exploring the just released rendering options and it's clear to us that these new features are working to perfection. So if you've been waiting for this Apple solution before submitting your tunes to Apple, it's time to to dive in and mix and remix your catalog for the the Apple Music store.

Check out this Dolby Atmos course:

To learn more about mixing in Dolby Atmos and Apple's Spatial Audio, check out the course below: 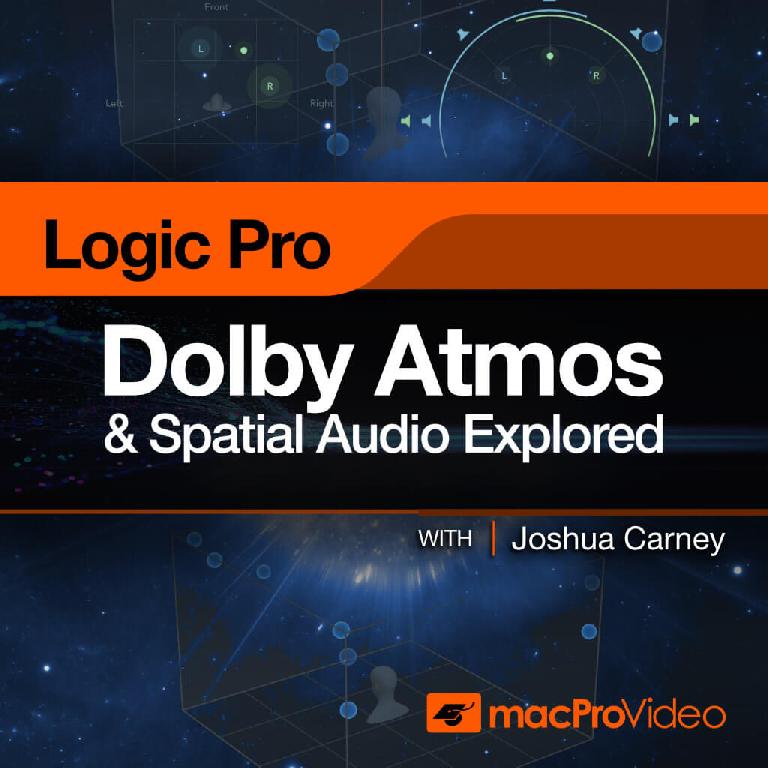 Apple's Logic Pro offers powerful Dolby Atmos tools designed to take your mix beyond (and above!) stereo. Discover these new tools with trainer and producer Joshua Carney, and get ready to reach new sonic dimensions!