As anyone involved in DAW (Digital Audio Workstation) driven, modern-day music production can clearly testify, the commonplace crossfade effect — simply speaking, making a sound be heard gradually as another disappears or becomes silent — can be useful, but boring. But do not fear for Transmutator is here, having many uses including transitioning between different sections in tracks (from verse to chorus or build-up to drop, for example), mixing between two songs (such as in a DJ set), or sound design (by fusing and morphing two elements together in various ways). Whatever way anyone chooses to use Transmutator, it opens up a whole new level of creativity and enjoyment available to all as a beautiful combination that is well worth investing in. Indeed, it is simply a case of inserting the audio effect plug-in in a track, then feeding a second track into its side-chain input. 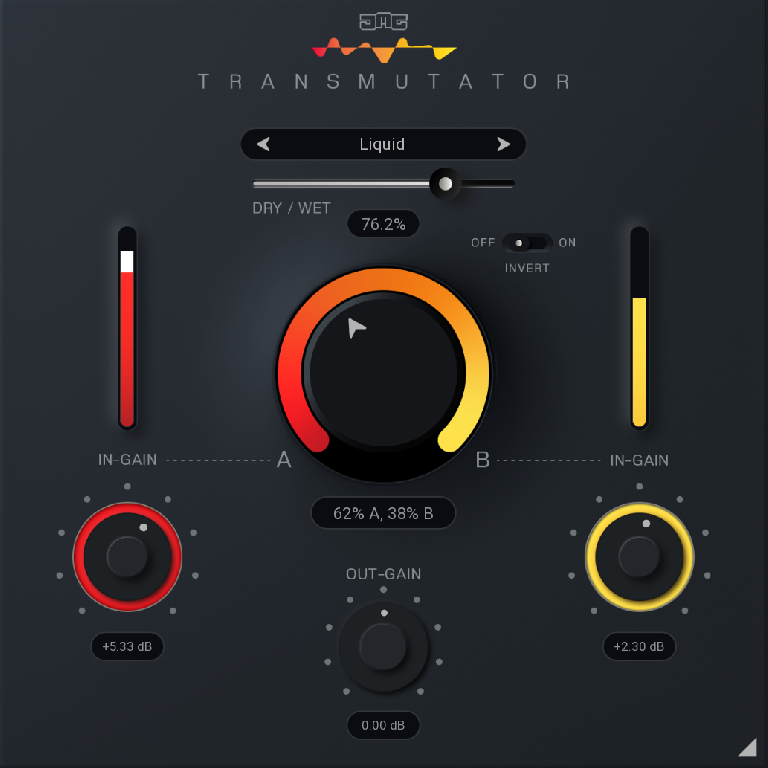 Ultimately, it is perfectly possible to automate the mix control in the host DAW to painlessly progress from verse to chorus or build-up to drop with Transmutator taking care of quickly creating clever transitions to take music productions to the next level. Creativity continues to flow freely when using the DRY / WET slider to blend between a traditional volume crossfader and full-on sonic mangling for finding the perfect balance that naturally fits anyone’s audio needs.

Needless to say, Swiss Army knife-seeking sound designers could clearly consider Transmutator to be their model multi-purpose tool to beautifully blend and ably fuse two audio signals in so many creative ways — from spectral morphing to noise/tone merging, while DJs will, without fail, fall in love with Transmutator for mixing between tracks — waving goodbye to boring song transitions using basic volume mixing and saying hello to their new creative crossfader. Creating effects that follow video transitions or blending between types of music that normally do not go together well but must be used because they fit the picture sounds like a video-maker’s dream, yet Transmutator faultlessly fits the bill, blending between character voiceovers like never before.

Better still, DJs, sound designers, and video-makers will all appreciate the trailblazing Transmutator plug-in providing maximum audio quality since it uses internal 64-bit processing and can capably handle any sampling rate — right up to 192 kHz (or even higher). Having said that, Transmutator intelligently handles bypassing to ensure that there are no nasty clicks or harmful noises when automating the parameter — just like all of JMG Sound’s plug-ins that take advantage of complex processing techniques balanced by easy-to-use controls.

To try Transmutator is to wave goodbye to the useful but boring crossfade effect forever in favour of a cutting-edge crossfading tool like no other!

JMG Sounds’ Transmutator is available to purchase for a time-limited introductory promo price of €19.00 EUR until September 30, 2020 — rising thereafter to €69.00 EUR — as an AAX-, AU-, VST-, and VST3-compatible audio plug-in directly from United Plugins here: https://unitedplugins.com/Transmutator/(A 15-day, fully-functional trial version for macOS and Windows can be downloaded for free from here: https://unitedplugins.com/download/)

Note that no iLok, dongle, or internet access is required for Transmutator activation. (All United Plugins software uses license files for activation and owners can freely use purchased software on all their computers as long as they are the user.)