We posted the leaked info earlier today, then removed it from the interwebs and now Native Instruments have officially announced Maschine+, a standalone music production system.

The upcoming release is the first embedded product from Native, bringing the company’s renowned instruments, effects, and sounds into an entirely hardware-based workflow.

September 8, 2020, Berlin – Native Instruments today announced MASCHINE+, an entirely standalone system that embeds the iconic MASCHINE workflow into a powerful, flexible groovebox that can be used without a computer.

“This release marks a pivotal moment in Native’s history,” says CIO and President, Mate Galic, “and it’s something that’s been highly requested by the MASCHINE community. Since day one, MASCHINE has been about combining the power of modern computers with a fast, fun, hardware-based workflow. Today we come full circle by combining those key elements – together with some of the most iconic sounds from KOMPLETE – in a powerful standalone instrument. Not only is MASCHINE+ a new flagship for our range, it also sets a new benchmark for exciting future products and continued development.” 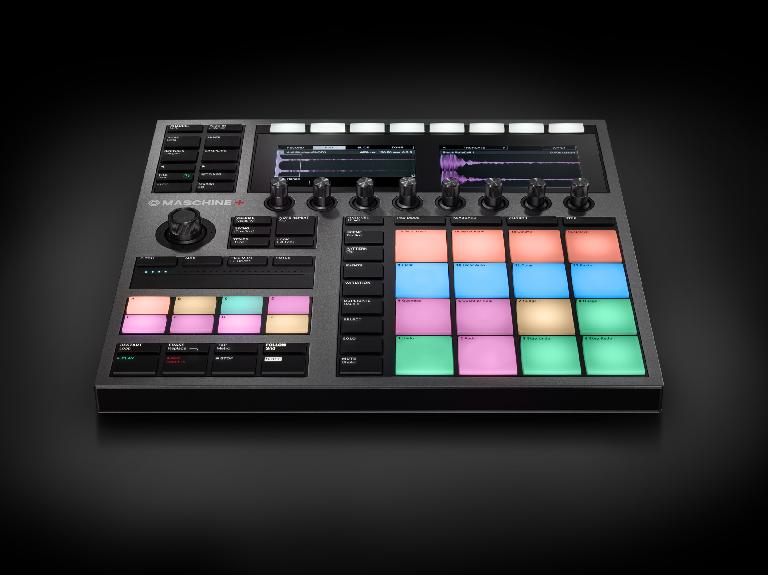 MASCHINE+ brings new freedom to the same fast, fun, and flexible approach to making music inherent to the rest of the MASCHINE line. Musicians can plug in, power up, and sketch beats in seconds, as well as develop fledgling ideas into performance-ready pieces with arranging and mixing tools – both with or without a computer.

As a studio centerpiece, it provides the same powerful sequencing, sampling, and synthesis Native Instruments users have come to know and love, with endless options for integrating outboard gear across a broad spectrum of setups and styles.

On-stage, MASCHINE+ provides expressive, hands-on control over every element in performance, with both high-impact macros and in-depth tweaking just a knob twist away. 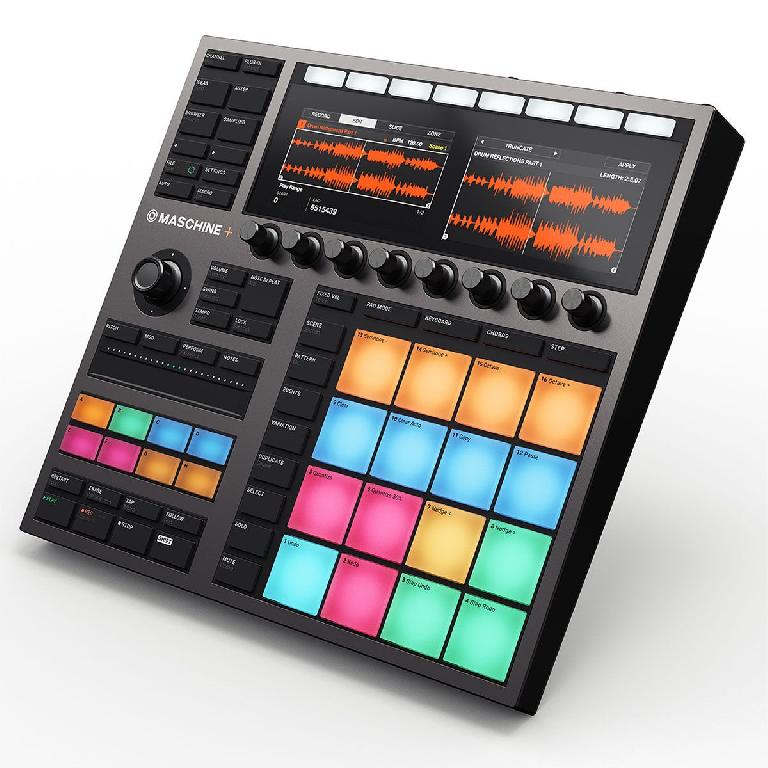 In addition to its classic groovebox workflow, MASCHINE+ packs an industry-leading collection of instruments, effects, and thousands of sounds with MASCHINE+ Selection. Heavyweight synths like MASSIVE, MONARK, PRISM, and FM8 join a lineup that includes the MASCHINE Factory Library, RAUM, PHASIS, and five Expansions, plus a voucher for two more.

Every instrument and effect in MASCHINE+ Selection has been optimized to make the system’s standalone workflow smooth and seamless, and users can expand their sound libraries with a wide array of Native’s Expansions, as well as their own samples via SD and USB storage.

Under the hood, a quad-core processor and 4 GB dual-channel DDR3L RAM power fast, spontaneous creation, to deliver a huge amount of freedom and flexibility when making music.

MASCHINE+ will hit stores on October 1, 2020, and pre-orders are open now at the Native Instruments website.