The compressor is a master effect and does everything you'd expect a compressor to do, including a nifty side-chain feature. Check the manual for full details!

Listen to the compressor in action at https://soundcloud.com/elektron/sets/digitakt-compressor...

Changes from Digitakt OS 1.07 to 1.08 Improvements 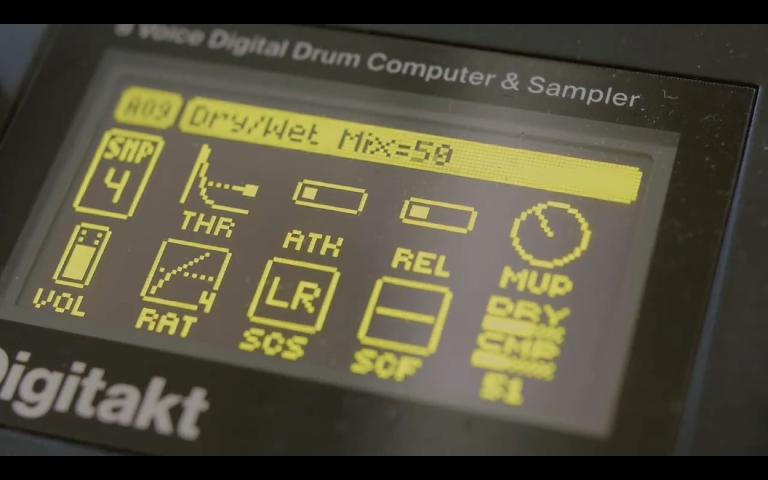