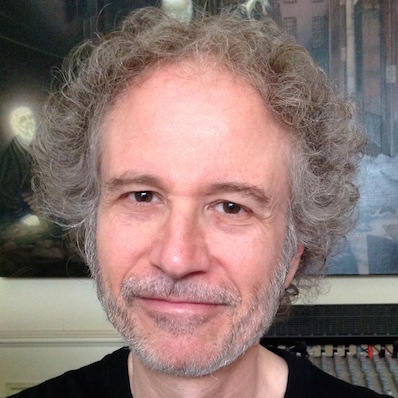 Known for the highly evocative imagery he conjures up with his music, Gary Guttman is a widely respected composer. Writing for film, television and themed attractions, Gary's music has been performed by some of the most prestigious orchestras in the world including the London Symphony Orchestra, the Toronto Symphony Orchestra and the Seattle Symphony. Gary discovered his composing talents early in life. At age 16, after several years of composing, he was awarded the Orchestration Scholarship at Chautauqua Institution in New York. At this famed artist colony, Gary was fortunate to have his composition performed by their youth orchestra. One year later at Ithaca College, he commenced his four year studies with Pulitzer Prize-winning composer Karel Husa. Soon after graduation, Gary was invited out to Los Angeles by famed jazz musician Tom Scott. A few months after arriving in L.A., Gary started playing keyboards for the pop group Missing Persons and can be heard on their hits Destination Unknown and Mental Hopscotch. The highlights of recording those songs were spending a week in Frank Zappa's home/studio and working with famed Beatles and Elton John engineer Ken Scott. Shortly after leaving Missing Persons, Gary started work at Landmark Entertainment Group in Hollywood where he spent almost two decades as their senior staff composer. Some of his work for Landmark included the scores to the futuristic sci-fi television series Captain Power, the IMAX film Race for Atlantis and the themed attraction James Bond 007: License to Thrill for MGM. After leaving Landmark Entertainment, he began his freelance career where he added shows such as 20/20, The Today Show and Primetime to his list of credits. Of special note, Gary co-created the groundbreaking music composition software Secret Composer, as well as the upcoming SongStepper app. In his spare time, Gary teaches private music composition lessons and paints large magic realism oil paintings. He resides in Los Angeles with his wife Rebecca and a continual parade of strange pets. Website: http://www.garyguttmanmusic.com/

If you're even a little interested in how to create moods in your music, for film, games or for any reason, this tutorial is for you. Gary Guttman explores 4 simple ways to add emotion to your notes.