Language
The new version of touchAble 3 brings easy plug and play USB connectivity and 42 new templates for Ableton Live's Instruments and FX. Check out the video below for more details.

Zerodebug has released touchAble 3, the new version of its dedicated Ableton Live controller app for iPad. After being completely redesigned from the ground up last year for the release of its successful version 2, this new incarnation of the popular Ableton Live touch-controller offers a vast array of new and improved features and finally connects via a simple USB cable.

touchAble 3 is available as a free update for all existing users and is compatible with all iPad generations.

Berlin, Germany - Zerodebug has announced the release and immediate availability of touchAble 3, the new version of its dedicated Ableton Live controller app for iPad. After the successful redesigned version 2 last year and lately touchable Mini for iPhone/iPod, the Berlin-based developer team Zerodebug have focused their efforts to create touchAble 3, a new version based on straightforward connectivity and better control over Ableton Lives Devices.

A cheap and portable controller compared to other dedicated controllers available on the market, that gives users control of nearly every aspect of Ableton Live. The first version was released In September 2010 and was one of the first iOS music apps for iPad, and has been the most successful iOS Ableton Live controller since. Countless artists around the globe - from bedroom producers to award winning artists - use it on stage, in their studio or while on the road.

TouchAble 3 now features a completely recoded Server which insures perfect communication between the computer running Ableton Live and the connected iOS devices. In addition to provide wireless connectivity using an ad-hoc WIFI network on stage or router for home studio use, connecting to Ableton with touchAble 3 now has never been easier : plug in a simple USB cable to the iOS device and to the computer, and user is ready to go.

USB connectivity has been a major request from touchable users who want to avoid WIFI interferences or failure while playing on stage, a place where they need absolute reliability. 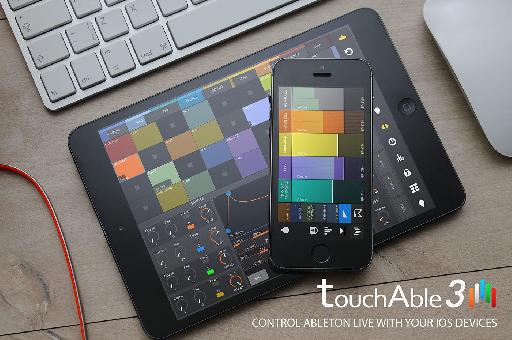 The new Server is automatically launched, managed and stopped by OSX or Windows and is therefore available to be connected to at all times. There is no need to start it manually, which makes the connection process as convenient and fast as plugging in a hardware MIDI controller or Instrument.

Users can now have accurate control of every Ableton Live Stock Effect and Instruments Plugin, thanks to the Live Device Template Pack, available as in-app purchase within the new integrated store. It provides a well designed layout for every single Live Device, Audio Effects, Midi Effects, and Instruments.

All of Lives devices, including the most advanced ones such as Operator or Analog, will appear on the iPad nearly exactly as they do in the software, and including, for some of them, a secondary live mode consisting of a double XY Pad and a Gesture Recorder.

Rotary pots integrate a smart "2 axis" feature : the first finger gesture on each pot determines if the change of value will be triggered horizontally or vertically. A floating popup will also move right above the finger and will remind the user of the parameter that is controlled. Every template is able to provide a graphical representation and manipulation of complex parameters like Filter-Curves and Envelopes.

Device Templates can be displayed in 3/4 view for the ultimate multi touch control experience.

In addition to being able to run multiple iOS devices in order to control and interact with a Live Session, users can now combine them to one big control surface by using the new iPad/iPhone Link Mode. With this feature, the position, order and size of each device's clip view can be freely set and all linked iOS devices will constantly depend on each other. 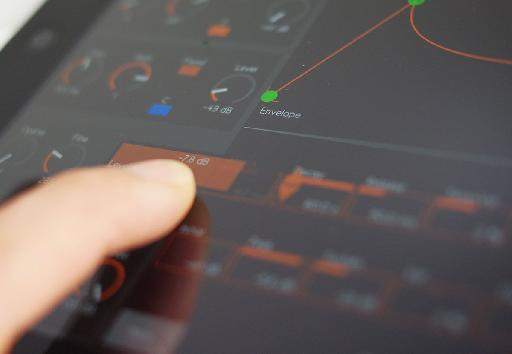 TouchAble 3 now supports Devices in Racks. A simple tap opens a rack and unveils the chains, a second one will gives access to every Device contained in the selected chain. By exceeding the traditional 8 macro control limitation, touchAble allows users to get full control over any type of complex Set.

As with previous versions, touchAble 3 is compatible with all iPad generations. All new features of version 3 are available to users running touchAble on iPad1, with the same level of performance as on newer iPads. A few tweaks to touchAble's Graphics-Engine greatly increased energy efficiency and performance.

Some of the others enhancements and new features are: 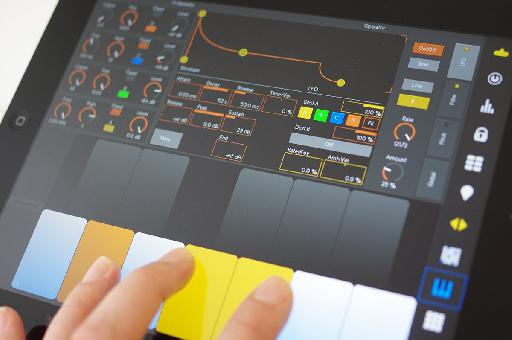 Compose, mix, perform in Ableton Live all on your iPad.

touchAble opens up a wide range of creative performance techniques beyond the typical knobs and faders paradigm. It takes a musical and seamless approach to controllerism, with all areas of the interface carefully designed and optimised for intuitive and efficient touch-screen operation as well as Ableton Live workflow. In short - it makes Live Sessions touchAble.

* Compatible with all generations of iPad.

*touchAble 3 for iPad is $24.99 USD (or equivalent amount in other currencies) and available worldwide exclusively through the App Store in the Music category. The update is free for previous owners.

*touchAble MINI for iPhone and iPod is $9.99 USD (or equivalent amount in other currencies) and available worldwide exclusively through the App Store in the Music category. The update is free for previous owners.

*The Live Device Template Pack is $21.99 USD and available as in-app purchase exclusively through the touchable Store within the touchable App for iPad.