Yamaha introduced the first digital mixer in 1987 and redefined digital mixing for the live and installed sound industries with the RIVAGE PM10, CL and QL series consoles. With the launch of its new TF series, the company has reimagined mixing, offering advanced features and renowned Yamaha reliability at an exceptional price point to an even wider range of users. Aimed at new users and experienced professionals looking to get working faster than ever, the TF series brings time saving performance capabilities, such as fast, accurate gain setup, single step compression and EQ, and microphone specific presets to even the most modest sound reinforcement applications.

The TF series (which stands for TouchFlow Operationâ„¢) comprises three compact, performance-packed digital mixing consoles, the TF5, TF3 and TF1, which feature 33, 25, or 17 motor faders, respectively, along with 32, 24, or 16 rear-panel analog inputs. Each console includes recallable Yamaha D-PREâ„¢ preamplifiers for the first time in a digital console, which facilitates support for live music and events where full setup changes need to be made on the fly. 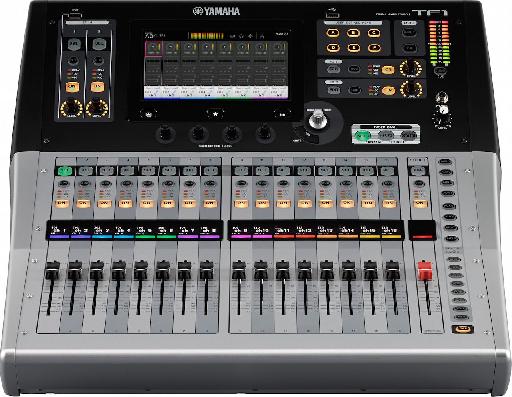 There are a total of 48 inputs on the TF5 and TF3, with 40 on the TF1, including dual stereo analog/USB digital inputs and dual returns. Advanced live recording features include up to 34 x 34 channel recording and playback via USB 2.0 and 2 x 2 with a USB storage device. All of this, plus seamless operation with high-performance I/O racks, makes the TF series an outstanding choice for a wide range of applications.

TouchFlow Operation is a new approach to console control that combines elements of Yamaha's well-regarded user interfaces with an advanced touch panel system, allowing sound engineers to respond to the music and artists on stage with unprecedented speed and freedom. Experienced engineers and newcomers alike will find it easier than ever to achieve the ideal mix. 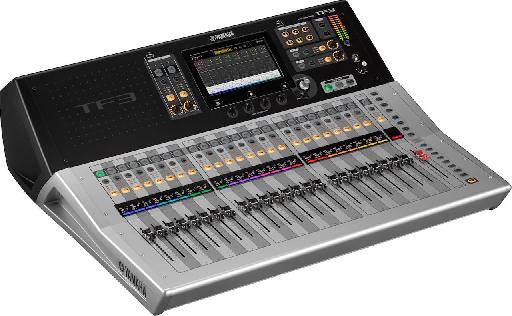 The TF mixers also provide a range of input and output channel presets created in cooperation and consultation with leading microphone manufacturers such as Shure, Sennheiser and Audio-Technica, as well as accomplished engineers. The input channel presets are made to match a span of musical instruments and voices, covering parameters such as head amp gain, EQ, dynamics and much more, right down to details like channel name and color. Output channel presets include parameters optimized for in-ear monitors and Yamaha powered speakers, with variations to match different environments and room sizes. This is a huge advantage for novice users, while experienced engineers will appreciate the enhanced speed and efficiency of operation. 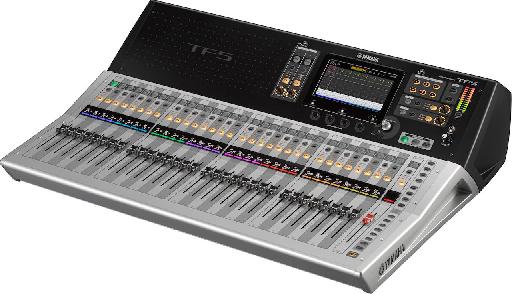 Comments from Yamaha partners at Audio-Technica Corporation, Sennheiser and Shure:

'Each Audio-Technica microphone is painstakingly designed to give a truly accurate reproduction within the application it has been selected for. We strive to provide the best possible tools so that users can fully realize their goals. Collaborating closely with the TF engineers on the instrument specific presets means that we can be sure our microphones deliver their best performance, while leaving the user free to focus on the creativity and character of the production.'

'Congratulations to Yamaha for bringing their excellent console technology to a new group of users. We are extremely pleased that our evolution microphones are part of the TF consoles via their ingenious preset functions. These presets provide users with an accurate indication of how to set the EQ, giving sound technicians a rock-solid foundation for their work.'

'We are very pleased to have been able to cooperate with Yamaha on integrating Shure mic presets into the new TF mixers. These powerful mixers, combined with our presets and legendary microphones, will place outstanding audio in the hands of any audio engineer.'

The TF Series also features powerful processing and effects for which Yamaha is famous. In addition to parametric EQ and dynamics processors on each channel, TF consoles offer eight powerful processors for wide-ranging sonic control. Two of these are globally accessible and feature the same type of Yamaha SPX processors that have become an industry standard in recording and live sound applications. The remaining six processors are available in the AUX 9/10'"19/20 master channels. The AUX 1'"8 buses and main output channels include the same four-band parametric EQ as provided on the input channels, plus 31-band Flex12 GEQ.

All TF models include a slot for an optional NY64-D I/O expansion card that allows transmission and reception of up to 128 channels (64 in/64 out) via a Danteâ„¢ audio network. Used in conjunction with Yamaha's new Tio1608-D I/O Rack, it becomes possible to create an exceptionally versatile and expandable stage box system with up to 48 inputs and 24 outputs.

An optional RK5014 Rack Mount Kit will also be available for mounting the TF1 console in a standard 19-inch EIA equipment rack.

'Yamaha consoles have always been designed in cooperation with leading engineers from around the world to ensure maximum quality and ease of use,' said Ken Hiraoka, Yamaha PA department manager, Yamaha Corporation, Japan. 'The TF series takes another leap forward with a new concept in console operation that will allow experienced engineers as well as newcomers to the field to achieve the desired results quickly and easily.'