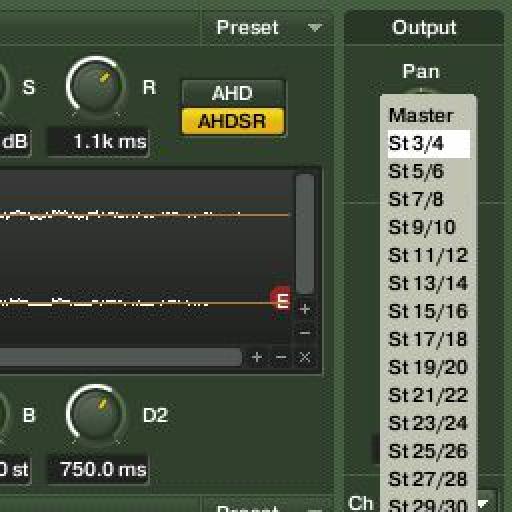 Language
What if you want to process each part of your Battery 3 drum kit separately? Cue: multi-output mode! Mo Volans shows how to set up and process individual sounds from battery in Logic and Cubase.

We've taken a look at how to create your own kits using Battery 3 and how easy it is to edit and process sounds within the instrument itself. In this article we're going to focus on how to break your individual sounds out to multiple outputs within your DAW...

The key here is to make sure you have loaded the right version of Battery. Some DAWs don't distinguish between single and multiple output instruments, such as Cubase. In some cases however (such as in Logic Pro) you will have to load the plug-in with the correct amount of outputs for your needs.

You can see in the screenshot below that in Logic Pro 9 we have a fair few choices when it comes to the amount of outputs we can use. I generally opt for the 16 stereo output version as this is normally more than enough for the job. 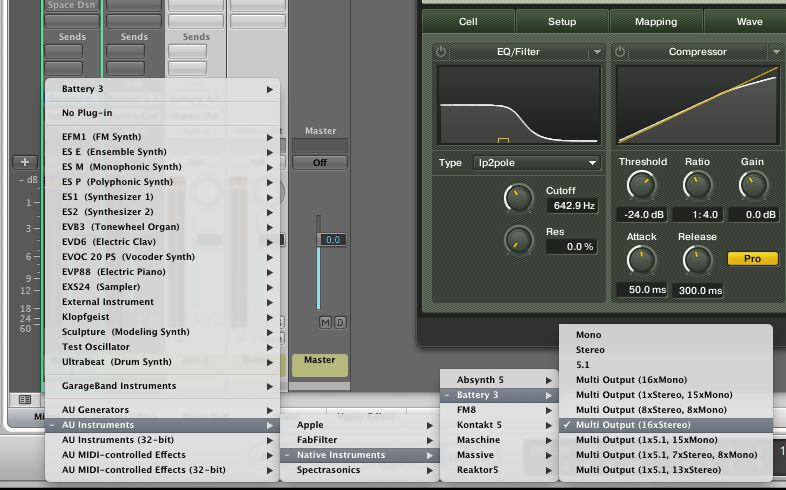 Logic requires that you choose the required number of outputs when you load the plug-in.

In other DAWs things are a lot more straightforward: In Cubase you can see that there is only one version of Battery 3 to load up. The multiple output settings are taken care of at a later stage within the app's main interface. 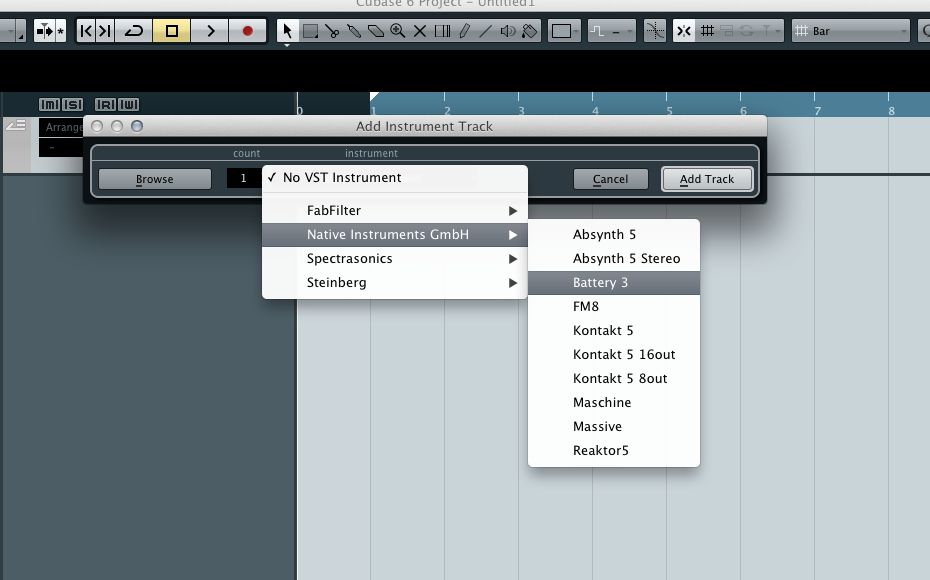 Other apps such as Cubase don't require a specific version of Battery to be used.

With a multiple output capable instance of Battery loaded, you can start to create your multiple outs. This, of course, will vary depending on your DAW but the theory remains the same. 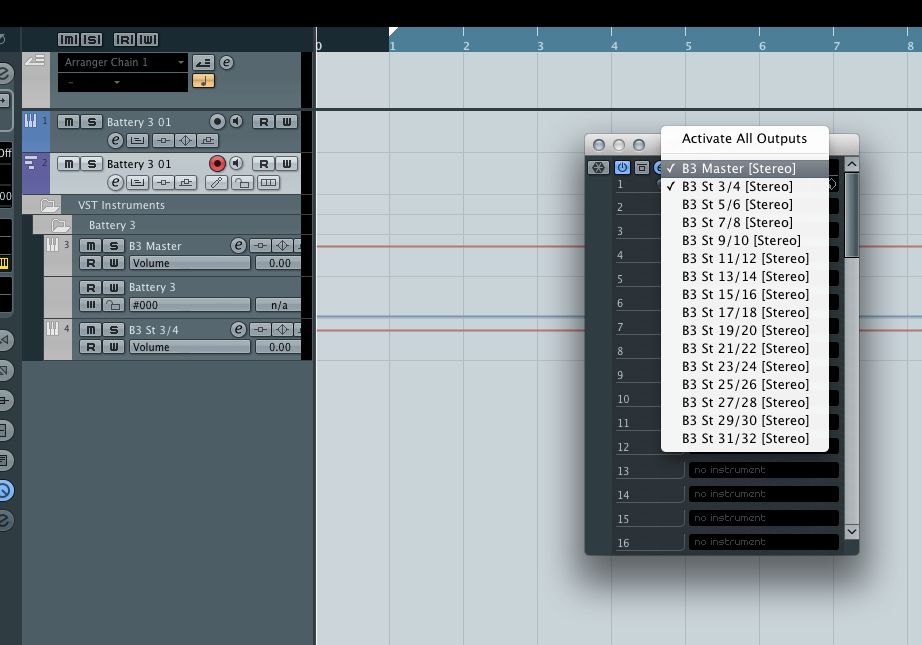 In Logic we simply hit the small '+' icon at the bottom of Battery's output channel. This will create new aux channels that we can push signal to from within Battery. In Cubase you can see that this same task is completed within the instrument rack but basically has the same result. 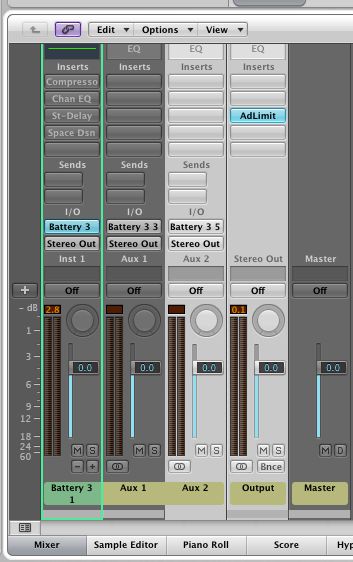 ... And the equivalent process in Logic.

We are now ready to start assigning individual drum sounds to the multiple outputs we have created in this step.

With everything in place we can now start to push Battery's sounds through the multiple outputs. This is all done from right within Battery's interface and is nice and simple. First up make sure you are in the 'Cell' tab or section.

In this area all the way to the right you'll see an output stage, right at the bottom you can choose any of the outputs that are activated. In this case I pushed our snare and one the effects to the two outputs I added in Logic's channel strip. 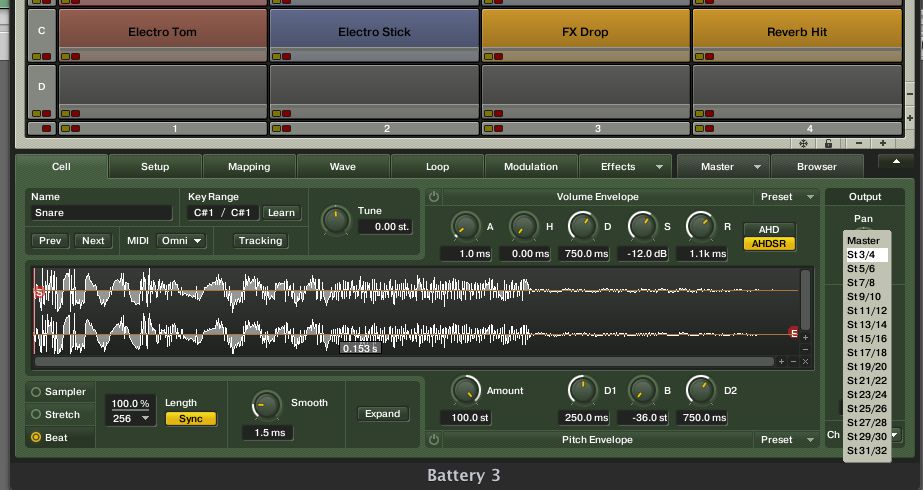 You are now free to process and mix the additional outputs with any plug-in on your system. This technique gives you a huge amount of freedom for not only processing but mixing the individual sounds within your kit. 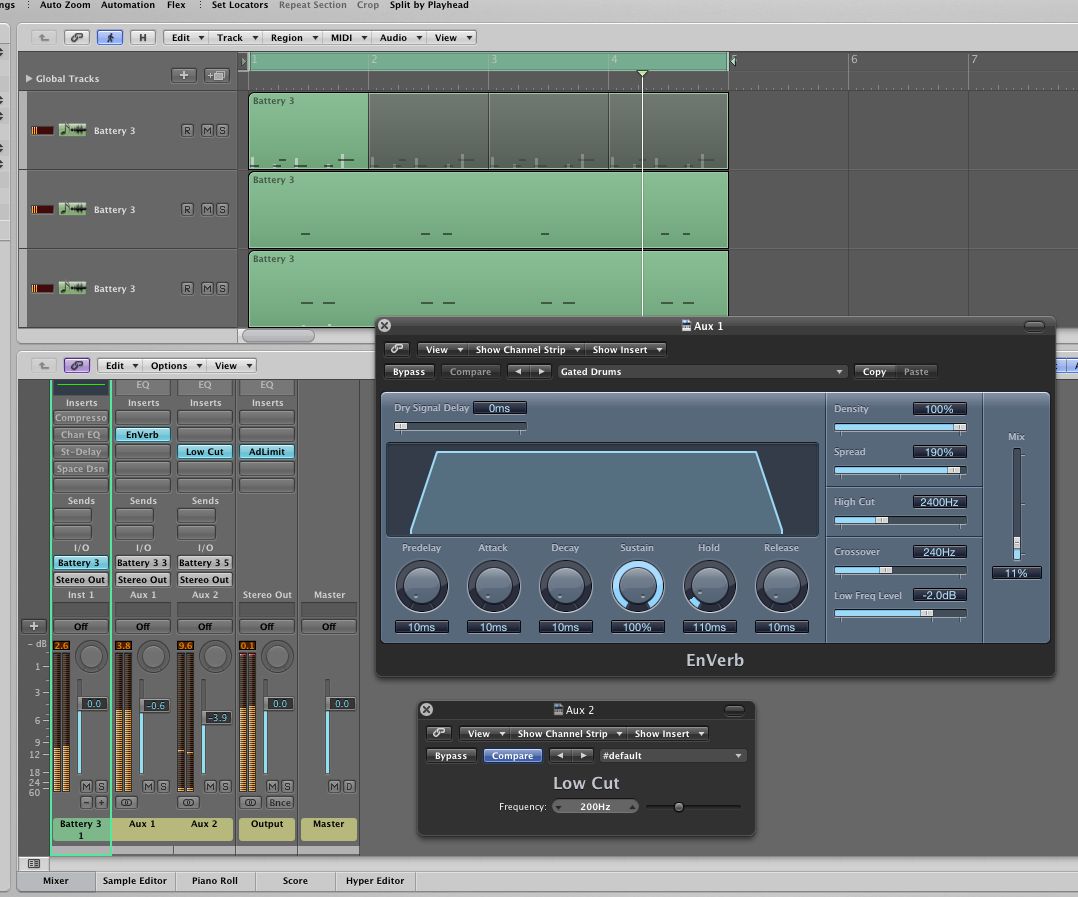 The separate output streams being mixed and processed.