Why Everyone is Talking about Superbooth + Andreas Schneider Video Interview

Language
Superbooth16 refused to be defined as either an exhibition, cultural event, or synth gallery. It was all the above and more. Never before have we experienced music machines in such an exciting way.

From March 31 to April 2, 2016, a spectacular gathering of synthesizer manufactures, electronic instrument pioneers and audio enthusiasts galore took place on the banks of the river Spree at the old broadcast headquarters for the GDR’s state radio facility, the Funkhaus Berlin. A magnificently restored historical location to one of the most exceptional purpose-built recording complexes worldwide. 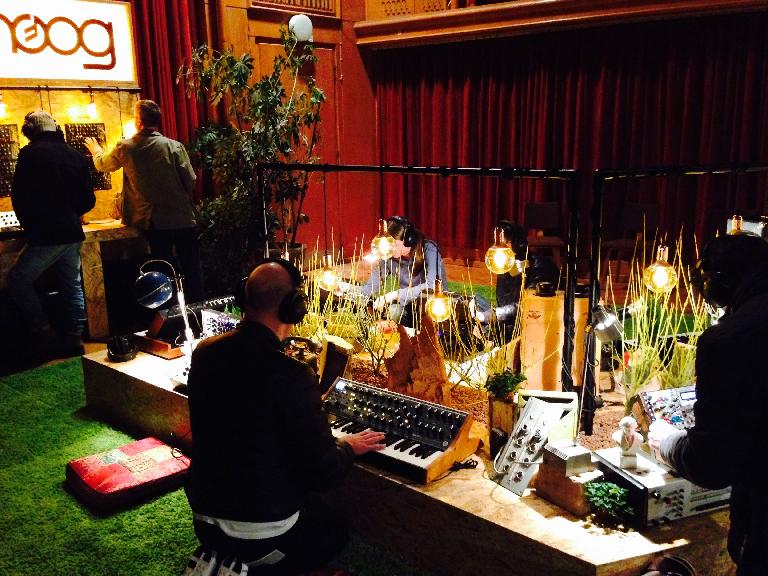 The first annual Superbooth set new precedence and raised the bar for audio technology conventions. Growing increasingly dissatisfied with overpriced, impersonal, non-specialized trade shows, Andreas Schneider and team decided to take matters into their own hands. The cumulative results of their passion and vision offered something undoubtedly next level and truly rewarding to exhibitors and attendees alike. 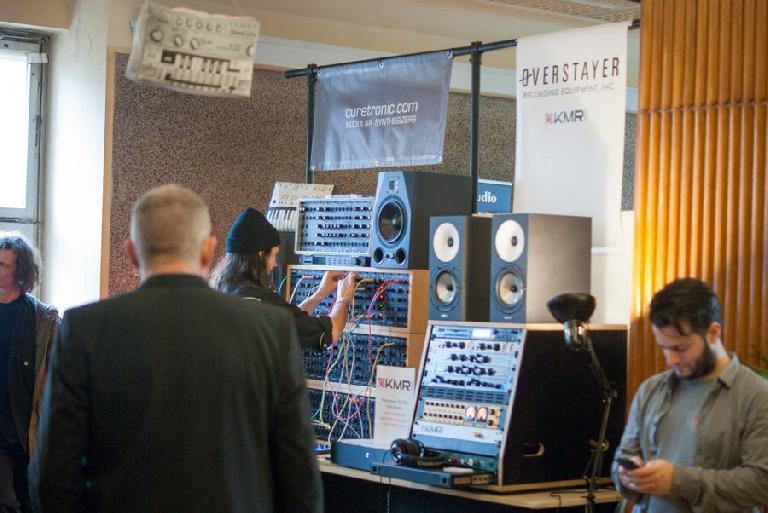 Everywhere you looked in the FunkHaus there were hardware & modular synths.

Despite Superbooth being a well-attended event, the atmosphere was casual and relaxed unlike the impersonal hustle, cacophony of noise, airport vibe of Frankfurt Musikmesse that took place the following week. Superbooth was a reunion of familiar faces and a pleasant meeting point for new connections. Moreover, the event was a collective hum of excitement comprised of inspired vibes for the folks attending, as well as for the 100 plus synth manufactures that exhibited.

When overloaded with electronic bleeps, bloops and tangled patch cables in the exhibition halls, attendees could bask in the beautiful, sun-filled spring days along the river Spree while consuming a refreshing adult beverage of choice. On such an occasion, I looked up to see Daniel Miller (founder of Muet Records) taking a leisurely stroll while casually chatting on his mobile. As with many other of that weekend’s happenings, it was pleasantly surreal.

The convention floor shut down daily around 8 PM and the afterhour events kicked in. Attendees could kick back in the red glow of the beautiful recording hall while enjoying in-depth panel discussions from Richie Hawtin, Daniel Miller, Robert Henke… lead by Peter Kirn (CDM) and Schneider himself. Afterwards, in typical Berlin fashion, both on site and at other various official after parties, DJ and live electronic music performances raged into the early morning hours. 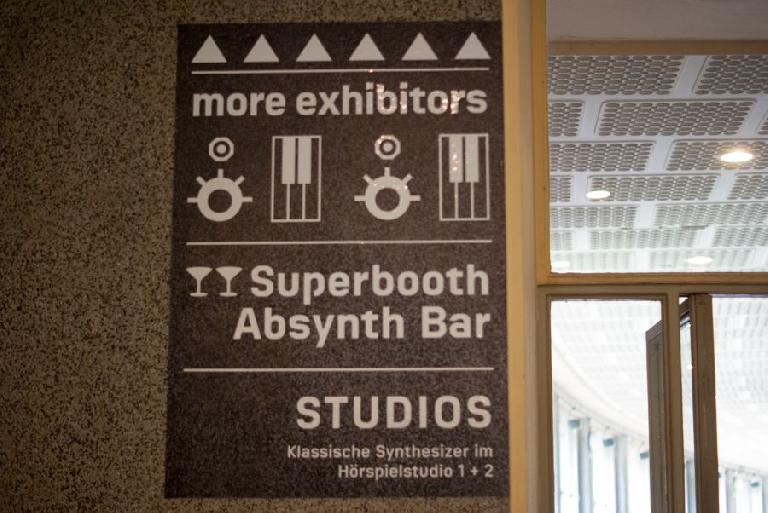 It was easy to spot our host Andreas Schneider, of SchneidersBuero, running around in his lab coat and spectacles. He reminded me of Willy Wonka in his chocolate factory enthusiastically conducting tours of his cleaver creation while cheerfully welcoming guests. AskAudio caught a moment alone with him and his antique Stasi typewriter where he animatedly gave us his opinions about many topics including his vision of Superbooth, which we’d like to share with our readers.

Based on conversations, those who didn’t attend, wished they did… those that came were delighted and look forward to returning. The buzz of commentary and feedback from manufactures and attendees alike was extremely positive and it was outwardly obvious that the event was very much a success. 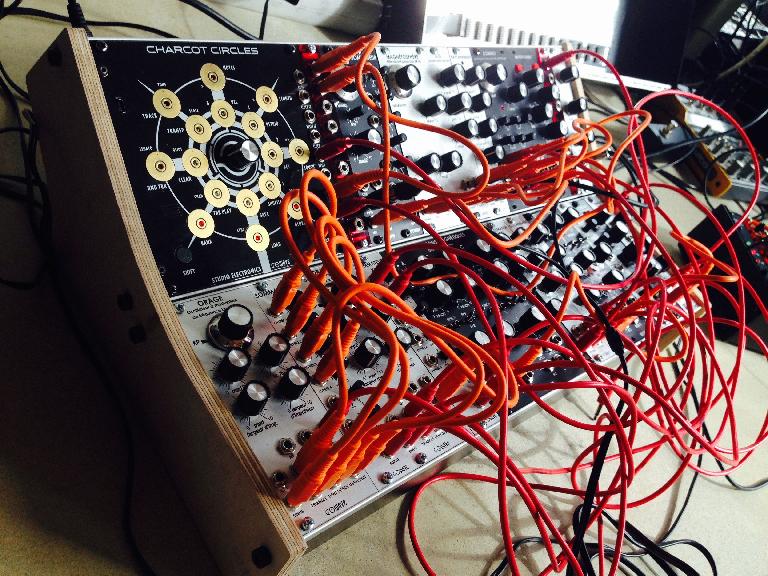 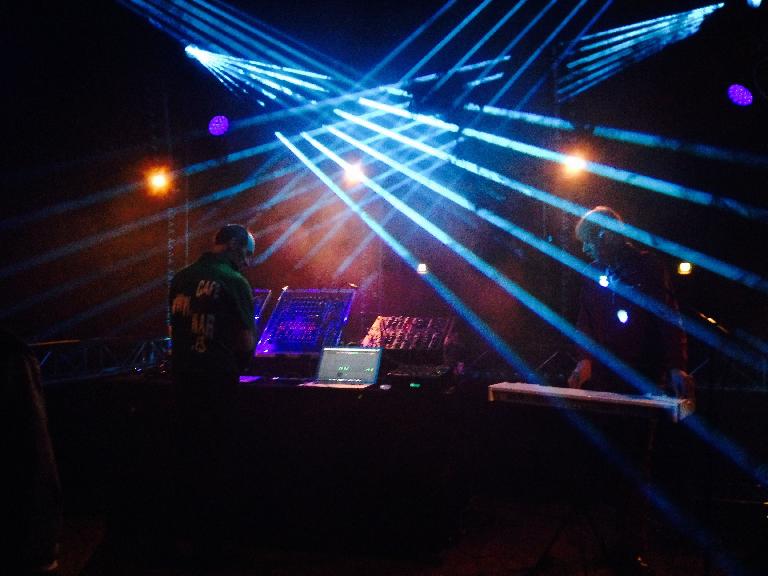 And there were over 80 events during Superbooth16 too.

Moving forward, many seem to be abandoning Frankfurt MusikMesse altogether as Superbooth 17 is already in the planning stages. Ask.Audio will be there again for sure… we hope to see you there!