What Every Modern Music Producer Can Learn From Picasso

Language
It may surprise you that Pablo Picasso's philosophy on the creative process can be applied to music production. Shane Berry demonstrates how a world famous artist's vision can transform your sounds.

With all the audio tools on the market today it’s easy to create interesting sounds, but it remains an art to create something that sounds interesting. There is no doubt they will help with the former, but it’s a trap to assume that any particular software and gear will automatically assist you in the latter.

Furthermore, the market for bypassing musical knowledge is huge. A key selling point of most modern production tools is precisely their ease of use, and the fact that musical ability is not strictly necessary in their operation.

In this regard, music itself is knocked off the table in a rush to unpack the latest gizmo-gadget-device that promises to widen the mix, tame those highs, boost those lows and everything in between.

Tools and technique rule the roost, and process itself hinders the creative output the tools aim to assist.

So What does Picasso Have to do With It?

All too often modern music production is mired in technicalities and process. Websites and forums abound with questions and advice on what speakers to use, how to place them, which plugins do what, what compression is or does, and a plethora of other issues regarding music production.

Of course learning your tools and technique is important, but what Picasso shows us is that tools and technique (and by extension technology) are only a means to a much greater end, not the be-all-end-all of output, and many of us tend to forget that.

Picasso is the quintessential example of a master surpassing his tools and technique. He embodies the idea of learning to forget—a concept we should all remember. 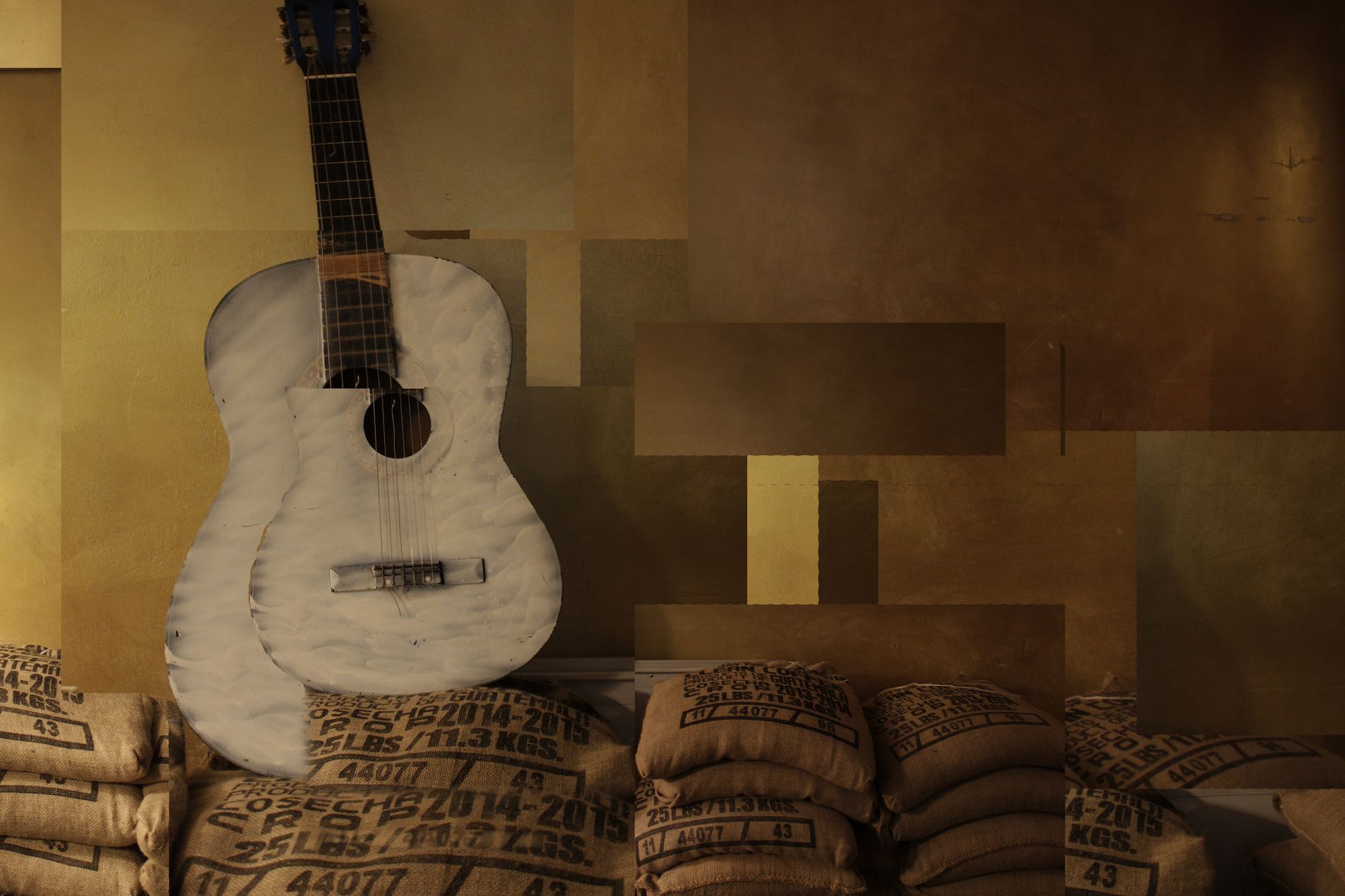 Do we really care what brand of paint or canvas Picasso used? The brand of his paintbrushes? Surely some paintbrush marketing executive in this day and age would drool at the notion of even a tangential Picasso endorsement of their brushes.

“Use Paintbrush X! Picasso did! You too can change the world of art! Paint with more detail than the nearest competitor, no brush expresses more emotion than the P21Pa, modeled after an actual paintbrush Picasso used during his Blue Period.”

“The P21P series is a true analog experience, no rasterization artefacts, no vector droop; and with an upgrade to our proprietary premixed paint collection, more colors than all our competitors combined—you don’t even need to know color theory or how to paint!”

Now apply that marketing jargon to any music tool on the market and the absurdity of it all creeps in—is your production any less or more given the tools at hand, will the tool itself improve your music?

"Computers are useless. They can only give you answers." -  “Pablo Picasso: A Composite Interview" by William Fifield, The Paris Review 32, Summer-Fall 1964.

So, how did Picasso transcend tools and technique?  As we have covered before in this series, like other prodigies and luminaries alike, he practiced—a lot.

His father was a professor at an art school, and Picasso started formally training in art at the age of 11. Though a terrible student by all accounts, he never stopped studying the great painters and sculptors, in and out, day after day, sketching and copying bits and pieces of thousands of works by the best of the best, copying hands and feet, and eyes, and motifs, compositions, and colors. He was a sampler par excellence.

Because of this copying, tools and technique eventually became so effortless to him that he had to explore beyond them.

It’s ironic because he is often held up as the paragon of originality in art—but this incessant copying is what built his exhaustive artistic vocabulary and allowed him to transcend his craft. Furthermore, this lead him to powerful and profound juxtapositions of art, genres, and styles and allowed him to connect dots no else could see.

I’ll leave it there, this is not an essay on art theory, but the idea being hammered home here is that at some point Picasso no longer tripped up on which paints and paint brushes to use, how to get a particular texture, or how to mix a certain color palette, and as such, he could focus on his art rather than his craft.

How That Relates to You

Think about it, how often has a killer loop or arrangement you’ve been working on been stopped in its tracks because the bass line conflicts with the kick or lead synth, and you can’t get them to play nicely, or some other aspect of your production skills has held you creatively hostage? 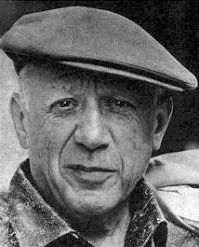 How often has laying down a recording been hampered by your inability to change guitar chords quickly enough, or the odd time signature keeps tripping you up? How about a great recording and the whole project has to be mixed? Now you are mired in EQ decisions, and balancing levels, and let’s be honest, you still don’t really “get” compression and what it does exactly.

How is this done, is this right? How do I use gates? How do I make space for the guitars to stand out without masking the vocals? And so on.

Of course these questions need answering, but notice how music and musical ideas kinda get shuffled off to one side? Technicalities can become all consuming, and deadly distracting.

So what can we do? How do we learn our tools and improve our techniques, yet not get caught up in the digital details?

“The more technique you have, the less you have to worry about it.” – Pablo Picasso

The lack of something need not deter creativity in the slightest. How often have you convinced yourself that if only you had X device, or Y piece of outboard gear, then your productions would really start to shine? Will that extra piece of gear or software really help your arrangement, your phrasing, your lyrics?

Even working with what you have, ask yourself, how much of your existing gear and plug-ins do you really know in-depth and intimately enough to use them to their limitations and not your own? Your plugin folder is probably brimming with hundreds of tools you only kinda-sorta know.

You load one up, not exactly sure what it does, and the interface trips you up, so your creative energy is diverted into figuring out which buttons do exactly what, and then you are either in the manual, on a forum, watching a tutorial online, or loading up another plug-in—but you’re learning, right?

How is this different, in essence, from putting a guitar down because it’s too hard, and picking up a banjo instead? It also has strings, and less of them, so it must be easier to figure out, it does the same thing, right? So what did Picasso do? He limited himself to one color—as a form of discipline, during his blue and rose periods. Limitations, self inflicted or otherwise, encourage creativity, and shape form like nothing else.

Deliberately working with only one EQ, one synth, one delay, one reverb, etc., and really grasping what each does, really understanding their strengths and weakness will go much further than having all the best third-party plugins and gear on the market.

It seems these days that the most interesting aspect of some music is the process behind its creation, not the music itself. A great track is great regardless of production values, and where or how it was recorded.

If how your music is made is far more interesting than the results, maybe you should take a step back and consider the impact technology is having on your creativity and expression.

“I would like to manage to prevent people from ever seeing how a picture of mine has been done. What can it possibly matter? What I want is that the only thing emanating from my pictures should be emotion.” - [Boisgeloup, winter 1934], Richard Friendenthal (1963, p. 256). – Picasso

To get there one has to have a solid foundation of skills and knowledge, as Picasso points out, “...There is no abstract art. One must always begin with something. Afterwards one can remove all semblance of reality.” The same applies to music. Like it or not, whatever genre you work in, there is a body of knowledge essential to music and music production that you should, “Learn…  like a pro, so you can break them like an artist.”

Learn your tools and techniques to a point where you don’t need to think about how to use them, don’t rely on gear to make your production special, and never stop learning and improving, but always remember:

“You mustn't always believe what I say. Questions tempt you to tell lies, particularly when there is no answer.” – Pablo Picasso

Learn how to use music and audio production software and hardware, and creative techniques in The AskAudio Academy here.

DanSc
Amazing article!!! Thank you so much for those words, unfortunately nowadays new engineers and producers rely only on fancy plugins and that kind of stuff, without realizing what the real goal is. Making good sounding music, without worrying about nothing but the final result.
Toeslap
This is a great article. Incredibly inspiring. Thank you
am_blues
This website/ the internet in general could use more articles such as this one. the basic perspective offered here is highly effective/affective in promoting an inspiring way of looking at normal tasks in a refreshed manner. Nice work & thank you!
Matt Denton
I love this article, and it comes at a time where I am struggling with everything listed here. Thank you for writing it, I'll be passing this along!
Rich
Absolutely incredible article - such a fresh way of looking at production. The emphasis on the concept of creation is something often overlooked in music production, and this article vibrantly brought that to life! Many thanks!!