With up to ten different saturation algorithms, Spectre 1.5 is a great way to shape and sculpt any sound in your DAW. Here's the lowdown on the 1.5 update.

Spectre is a sound shaping tool that combines the best features of an audio enhancer coupled with the workflow of a parametric EQ. Spectre saturates just the parts of the spectrum that you want using ten different saturation algorithms. Spectre was described as “A very powerful plugin, both for treating individual tracks and sweetening complete mixes.” 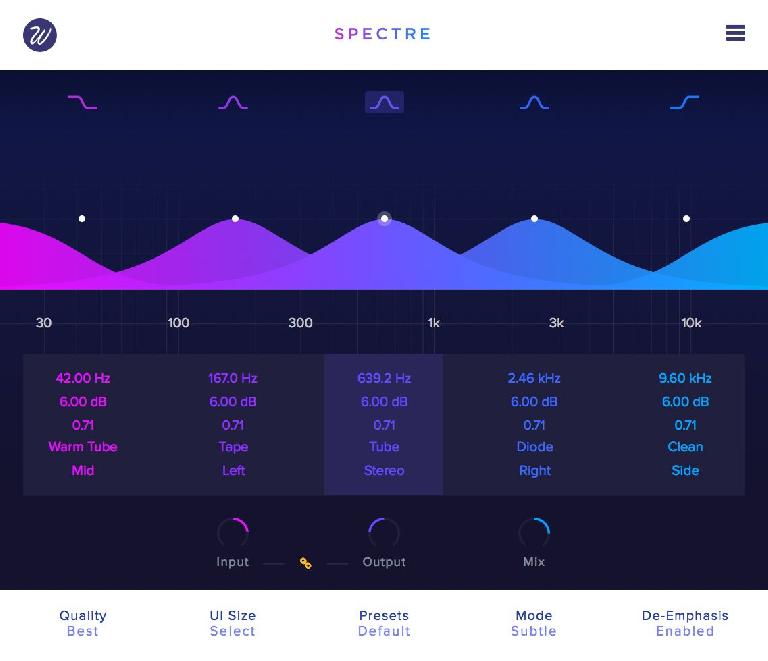