Designed specifically to run Waves applications and SoundGrid, the Axis One has lots of I/O and comes in a rack mountable case. Here's the details.

As computers have become ever more powerful, we have seen fewer custom-built PCs on the market, as off-the-shelf models can, for some people, get the job done. But we'd always recommend a specialised audio machine, because your producer time is valuable and the last thing you want is your tech letting you down. Waves has unveiled the Axis One system, a PC dedicated to running its own applications. Here's what they said about it.

Waves Axis One is a standardized computer, custom-designed and optimized to run Waves audio applications. Packed in a road-hardy half-rack 2U case, Axis One is a trustworthy turnkey solution for live sound, broadcast and the studio.

Axis One is designed from the ground up to perform reliably and consistently under demanding circumstances, with maximum stability and rock-solid performance. Through careful selection of components and extensive rigorous testing, it has been optimized to match the needs of sound engineers using Waves software applications. With its rugged rack-mountable case, this unit is designed to help any engineer deliver world-class sound reliably, anywhere, anytime. 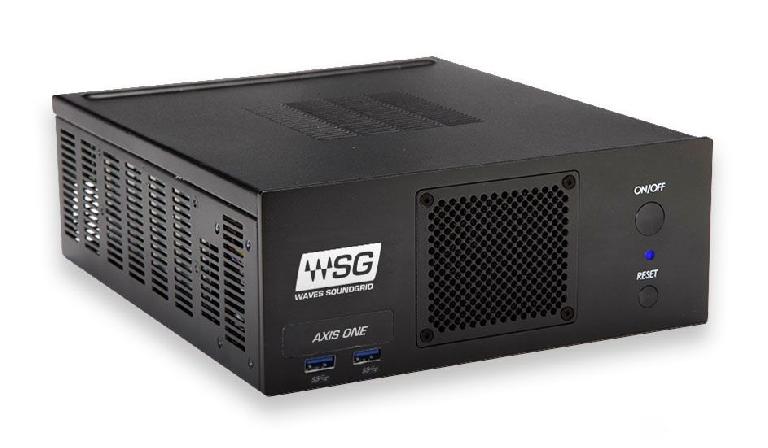 With its Waves SoundGrid connectivity, Axis One can act as the “brain” of a SoundGrid system, seamlessly interfacing with SoundGrid I/O devices and servers. Use it at front-of-house, at monitor position, or in your broadcast AV rack – or add it to your studio for tracking, mixing and mastering.