Wave Your Hands In The Air And Make Music With Kagura

Language
Even if you don't play an instrument, Kagura is designed to allow you use your body movement and gestures to create music. It's almost funded on Kickstarter. All you need is a computer with a webcam!

Hailing from Tokyo, Japan, KAGURA, the hands-free musical instrument application that uses body movement and gestures captured by a web camera to create music is now crowdfunding on Kickstarter.

We're intrigued by Kagura, partly because the technology appears robust, and the connection with the app also looks impressive. Imagine a motion/gesture-based version of Logic Pro or Ableton Live using Kagura technology and we may have (I'm thinking far ahead here) a future interface for music production and live performance.

Here's what the clever minds behind Kagura tell us about their app and Kickstarter:

Using patented image processing technology, KAGURA is played by “touching” instrument icons arranged on interface. Because it is hands-free, KAGURA allows professional musicians and performers of all kinds the freedom to extend their art in new directions, by fully utilizing their performance space. KAGURA’s simple and intuitive interface makes playing music easier more fun than ever, so it is also perfectly suited for aspiring musicians of all ages, regardless of experience. At home, in the studio, or on stage, KAGURA is a music performance revolution for everyone.

The initial goal of the project is to raise $20,000 to complete development of the retail version of the KAGURA app for Windows and to develop the KAGURA app for Mac, with the campaign running through August 25th. With a successfully funded campaign, the application is scheduled for release in November 2016 for the Windows version and February 2017 for the Mac version. A store and community space will also accompany the launch that will offer Instrument Sets (sound samples and icons) to create musical style imaginable.

The KAGURA app will available when pledging for a reward of $30, and at pledges of $60 and $120, KAGURA will come with extra instrument sample and icon sets. 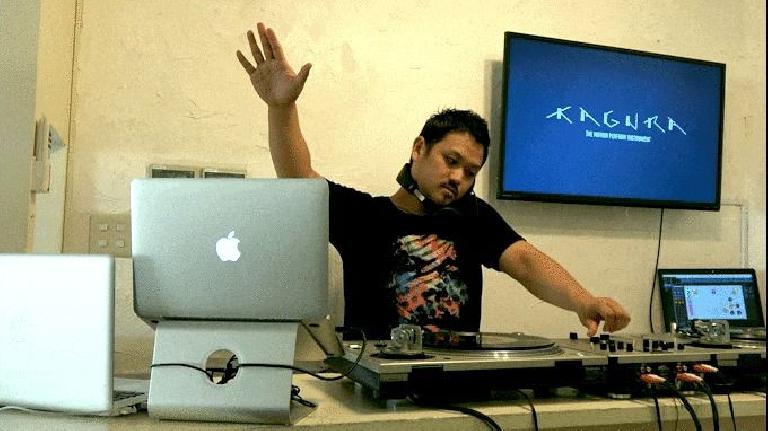 Wave you hands in the air... like you just don't care!

KAGURA has won a host of rewards including the 2013 Intel® Perceptual Computing Showcase Grand Prize and most recently the Grand Prize at the Sónar+D Startup Competition 2016, having received praise for the innovative technology behind it, its business model for growth, and most importantly for opening the possibilities of music performance of for professionals and amateurs alike.