Language
Super booth16 is set to become THE modular synth show of the year. Most synth companies are releasing something there, and WMD are no exception. But why wait? Check out this video of their new filter.

Every Modular Synth company we know of is excitedly preparing for Berlin’s first Superbooth exhibition/show/workshop fest. It looks to be the perfect environment to showcase new modules. And WMD are going to be releasing Aperture, a new Eurorack filter, at the show.

… and a few words from William Mathewson, one half of WMD:

"The first official audio demo of the new module from WMD, the Aperture.

"It was used to filter the signal coming from the Neutron Sound Orgone Accumulator. Sequence from the HexInverter SympleSeq.+ Bastl Knit Rider + WMD MME. 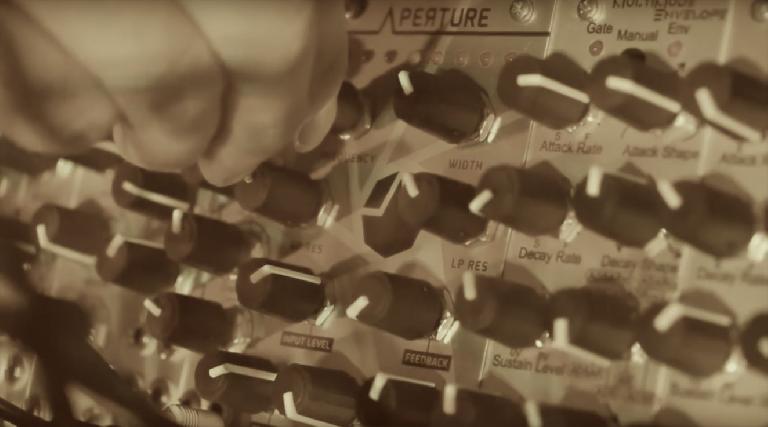 A close-up of the new WMD filter module. It's being demoed at Superbooth16, Berlin next week.